HomeVideoUndertaker Shoots On Who His Most Memorable Tombstone Was
Video

Undertaker Shoots On Who His Most Memorable Tombstone Was 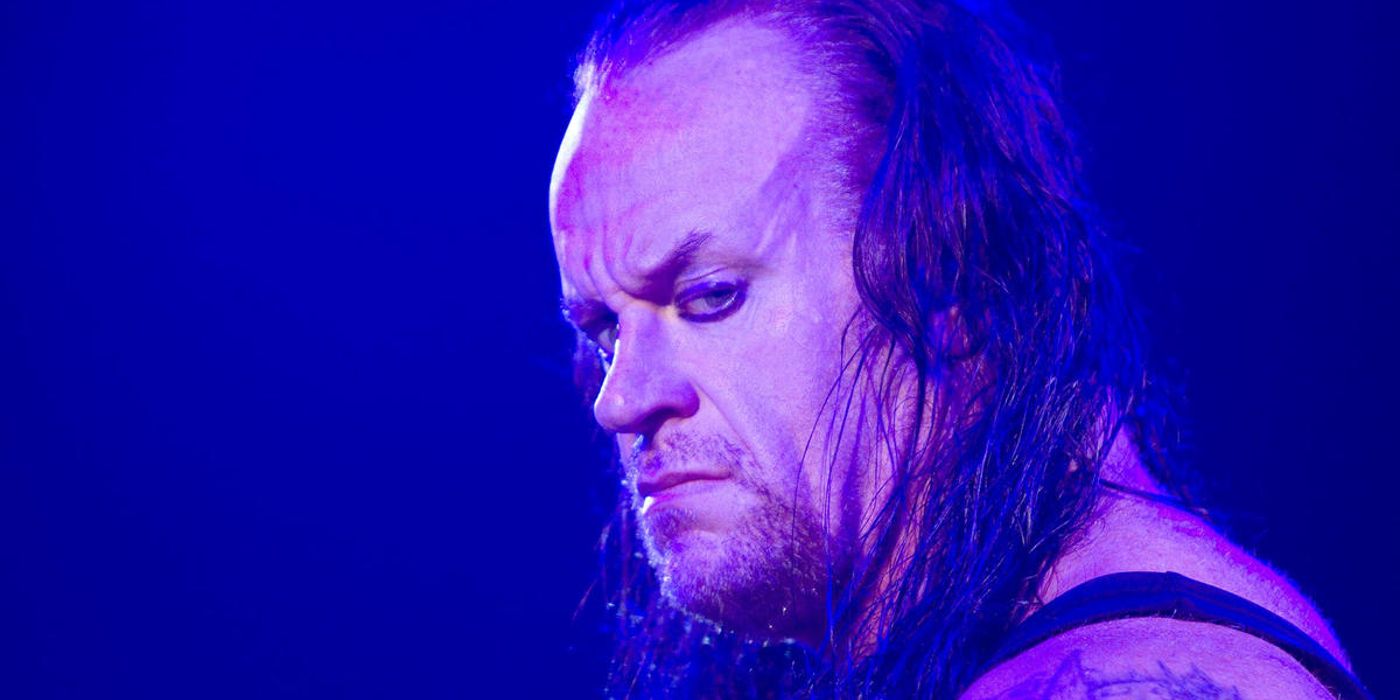 The Undertaker delivered many tombstone piledrivers throughout his epic WWE career, but there was one, in particular, that he was worried about not being able to pull off. His retirement has been a strange gift to fans of professional wrestling. The Deadman (probably) won’t ever work another match, but now he’s able to speak out of character, he’s been chock full of wonderful stories and insight.

For decades, Mark Calaway dedicated his life to portraying The Undertaker. While many stars caught fire during the Attitude Era by blurring the lines between wrestling and reality, ‘Taker always stayed true to the character. Some WWE fans hated The American Bad Ass gimmick, but even that was simply Calaway’s personality dialed up to 11. Recently, audiences have seen a more genuine side of the 57-year-old, and some of his anecdotes have been revealing.

One such story was shared when he spoke to Ryan Satin on the Out Of Character show. When asked about what his most memorable Tombstone was, Undertaker said the following: “I am gonna say Mark Henry. Because just of his sheer size, I wasn’t sure that I was going to be able to do it or not. And always my number one goal always is to protect my opponent.” Undertaker would continue, explaining that “I knew at that particular time I was strong. I was healthy, but Mark is a big dude, and he was a really big dude when I tombstoned him. I think that time just on the sheer fact that I was so proud of myself that I tombstoned him and I didn’t hurt him…so I’m gonna go with Mark Henry on the Tombstone.”

Professional wrestling currently has a handful of strong men, but few have moves that are as potentially dangerous as the Tombstone. WWE has had piledrivers mostly banned for more than 20 years, but The Undertaker was allowed to continue performing his variant due to his track record of protecting his opponent. He injured Bret Hart in 1996, and the less that is said about Undertaker Vs. Goldberg at Super Showdown 2019, the better.

Still, The Undertaker delivered this move hundreds, if not thousands, of times and almost always managed to protect his rival. Henry was billed at more than 400 pounds when he took the piledriver, making protecting him even more impressive. These high-impact moves are generally shied away from in WWE these days, but both ‘Taker and Kane were allowed to hang onto the Tombstone because it was central to their characters. In NJPW, Kazuchika Okada has literally put his own spin on the move. Sometimes when he delivers the finisher, he spins in mid-air, adding torque to the landing. Still, nothing beats The Undertaker’s original Tombstone.

Next: Roman Reigns Vs. Drew McIntyre Surpassed The Hype At Clash At The Castle

Older Samsung Phones Appear To Have A Battery Swelling Issue

Older Samsung Phones Appear To Have A Battery Swelling Issue