HomeVideoRian Johnson’s Glass Onion Is His Greatest Mystery Yet
Video

Rian Johnson’s Glass Onion Is His Greatest Mystery Yet 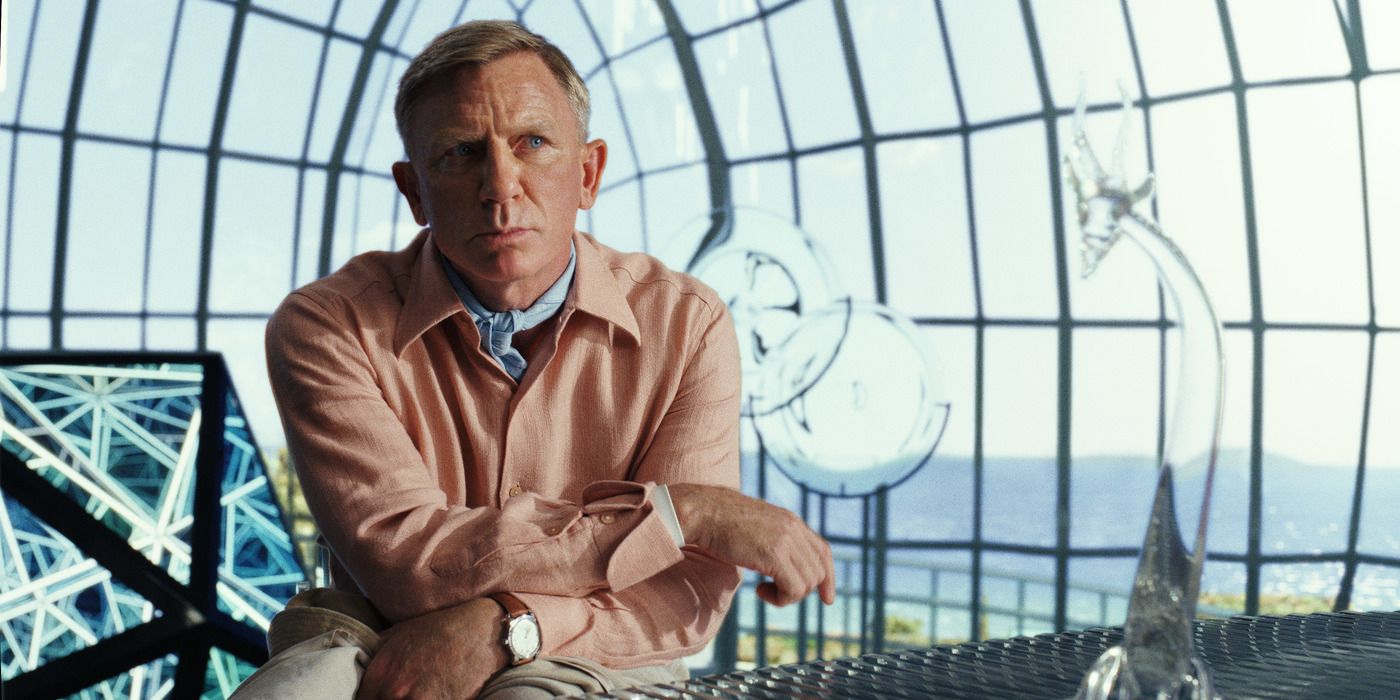 Glass Onion: A Knives Out Mystery is all about disruptors. As a character states in the film, disrupters are those who break from the norm, those who take something people are already growing tired of, and prepare the world for the next better step. There are few greater disrupters working in modern cinema than Rian Johnson, the writer-director who combined noir with teen drama in Brick, showed a whole new side of a beloved sci-fi franchise with Star Wars: The Last Jedi, and reconfigured what we expect from murder mystery films with Knives Out. In Glass Onion, Johnson once more proves himself to be a disruptor, again upending expectations in this second Benoit Blanc (Daniel Craig) mystery, making an even bigger, more ambitious, and, somehow, even more entertaining whodunit than the previous film.

Johnson brings the Knives Out-iverse out of New England and to Greece, as a new group of characters head to a getaway on a private island owned by tech billionaire Miles Bron (Edward Norton). Amongst the visitors are Claire (Kathryn Hahn), a governor running for Senate; Lionel (Leslie Odom Jr.), an impressive scientist that works for Miles; streaming star Duke (Dave Bautista); fashion designer Birdie (Kate Hudson); and Cassandra (Janelle Monáe), another entrepreneur who the rest of the group seems surprised to see. While this group of friends frequently gets together for these types of getaways, there’s a new addition to this outing: Detective Benoit Blanc.

To give anything else away about Johnson’s latest yarn would be doing a disservice to one of the best mysteries in film since, well, Knives Out. Without spoiling how Johnson has improved since his last adventure, Glass Onion finds even more ways to disrupt mystery conventions, constantly shifting what the audience is expecting, and continuously moving the pieces on this ever-shifting puzzle. Quite simply, Johnson has put together an impeccably crafted mystery onion, for lack of a better term, peeling away and unraveling the details of his story, while adding whole new layers as the film progresses. The result is a deeply satisfying tale that never heads in the direction one is expecting.

Yet Johnson makes this story both more expansive, while also telling a more intimate narrative, keeping this whodunit more manageably handled between a tight-knit group of friends, each with their own motivations and questionable choices. With Glass Onion, Johnson narrows the suspects to a few, yet the mystery is even more intriguing and captivating than the last. Craig is naturally a standout here, getting to play up the goofiness and absurdity of this mystery, in what is likely his best comedic role so far. Also a tremendous standout is Monáe, who has always been a commanding presence, but never had a role like this to really sink her teeth into. Hudson is also quite excellent as one of the more broadly funny characters, while Norton excels at this type of smarmy rich douchebag.

However, if Glass Onion has a flaw—and it’s a minor one at that—it’s that this entire ensemble doesn’t get their own standout moments. For example, Jessica Henwick, who plays Birdie’s assistant Peg, sort of gets lost in the excitement, and again, without spoiling this story’s twists, some of these characters just don’t have as much to do as others. Everyone is great, but there understandably just isn’t enough time for everyone to have their moment in the spotlight.

In Glass Onion—which is set a few months into the pandemic—our cast of characters talks about how nice it is to get back to normalcy on this island, away from quarantining and without having to wear masks. Similarly, watching Glass Onion with a crowd feels like a return for movies themselves, a celebration of the joyous communal experience of watching a film with people where the film’s every shift and evolution can be felt by those around you. Glass Onion, with all of its shocks and gigantic laughs, is an experience to be shared.

But even though Glass Onion is centered around this incredible cast, this is a true testament to Johnson’s incredible abilities as a filmmaker. Again, this is a film that evolves and moves in completely unexpected ways, as we’re just a pawn in Johnson’s chess game. As with all of Johnson’s films, Glass Onion is also gorgeous to look at, thanks to Johnson and his longtime cinematographer Steve Yedlin, Greece has never looked more beautiful, and this private island feels almost otherworldly, with its glass dock that rises out of the water, and a clock that gives off an “hourly dong.” It’s absolutely wonderful to watch Johnson create his own playground to explore and mold however he sees fit. He’s a master storyteller and there’s no better example of that than in Glass Onion.

If Knives Out was Johnson’s way of reconfiguring the mystery film, Glass Onion is Johnson’s way of once again defying the expectations of the genre, withholding details, giving some away earlier than expected, and completely upending what the audience is believing will come next. It’s so much fun to watch Johnson in this mode, especially with a cast this relentlessly fun and playful. With Glass Onion, Johnson proves himself to be a film disruptor of the highest order.

Glass Onion: A Knives Out Story comes to Netflix on December 23.