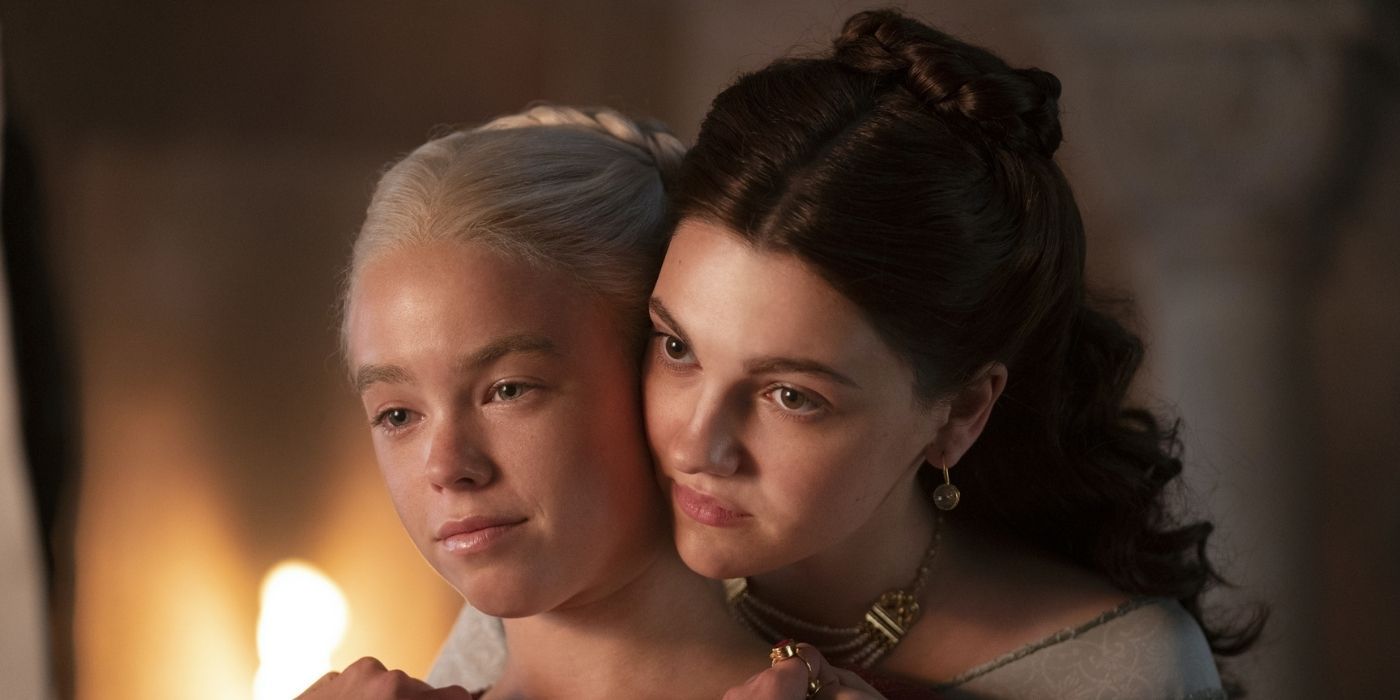 House of the Dragon has a lot to unpack in very little time. Unlike its predecessor which showcased various houses engaged in wars throughout Westeros, the prequel series sees the house Targaryen bringing itself down. When it comes to familial troubles it takes its own sweet time to brew and hence during the last three episodes, we’ve already seen the show making two separate time jumps.

At the end of Episode 2, ‘The Rouge Prince,’ we see Viserys (Paddy Considine) announcing his intention to marry Alicent (Emily Carey), daughter of Hand of the King, after which we see Rhaenyra (Milly Alcock) storming out. While Episode 3, ‘Second of His Name,’ makes a three-year time jump, there was some intense drama that took place in between. Director Greg Yaitanes, who helmed episodes 2 and 3, shared some images on his Instagram stories that unpack a heated argument between Rhaenyra and Alicent and another scene where the heir to the Iron Throne is helping her father’s bride get ready for the wedding.

Sharing the images from the scene where Alcock and Carey are engaged in the argument, the director wrote “Two scenes that unfortunately didn’t make it into the final cut, the aftermath fight between @millyalcock and @theemilycarey — both were quite powerful.” In the image, we can see an angered Rhaenyra confronting a teary-eyed Alicent. Looking at their costumes one can imagine the fight followed right after Rhaenyra stormed out of the small council room.

RELATED: ‘House of the Dragon’ Showrunners Explain Daemon’s Character Journey During War for the Stepstones

Sharing another image where Alicent is donning an ivory wedding dress complete with a grand tiara standing in front of the mirror and Alcock is seen standing behind her, the director revealed, “This scene mirrored the scene in episode 1 where @theemilycarey was dressing @millyalcock — now reversed with heartache.” In Episode 1 we see a similar scene where Alicent helps Rhaenyra get ready before her naming ceremony. While the princess was full of hope in that scene, in the new image, we see her heartache of being betrayed by her best friend. Show’s makeup artist Tania Tyatyambo Couper also took to Instagram to share some close-ups of Alicent from the wedding, “The dress, the hair, the tiara ….. such a shame it didn’t make the edit …. Cutting room floor… sad times,” she wrote in the caption. Certainly, these scenes would have given fans a more intimate look at Rhaenyra’s hurt and anger and would have added the familial dynamic.

Episode 4 of the hit series will drop on September 11. Meanwhile, you can check out the images below: