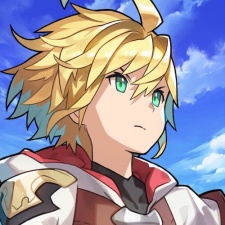 Nintendo has announced the date of Cygames’ Dragalia Lost following the announcement of the game’s closure in March.

Released in 2018 on the Apple App Store and Android’s Play Store, Dragalia Lost was the first dedicated mobile property made under the Nintendo banner.

The main storyline ended in July of this year and in late March, the game received its final content drop with a new set of adventurers.

Nintendo wrote on the Dragalia Lost website: “We would like to extend our sincere thanks to everyone who has played the game since service began.”

Players attempting to access the game after November 30 will result in an “end of service” notification.

As Nintendo get ready to shut down the servers, the game’s premium currency diamantium can no longer be purchased.

In-game upgrade packs that can be bought with the currency will no longer be available as of the end of October.

However, diamantium can still be used by players to pay for summoning and other gameplay mechanics until the servers go down.

In 2019 PocketGamer.com’s Jessica Famularo reviewed the Nintendo anime-style dungeon crawler, giving the title 3.5 stars out of 5.

Ms Famularo wrote: “While the overall package is awash in top-notch production values and bright-eyed anime aesthetic, the game’s inner workings don’t do a whole lot to innovate on the gacha format.”

Famularo continued: “You’ll wend your way through the game’s fantasy world, spending time chatting with your team members and meeting new folks along the way, before plunging head first into bite-sized “dungeons” that are usually capped off with a boss fight.

“The monsters in each area generally have an elemental affinity, so you’ll be taking advantage of their weaknesses to build a team that can top enemies on the elemental wheel. Once you’re in the dungeon itself, though, combat is essentially a matter of swiping to move your character across the map and tapping to attack enemies.”

Ultimately, Dragalia Lost was seen as lacking in substance and didn’t bring anything new to the table.

However, it is still unfortunate that Nintendo’s only mobile-first intellectual property is leaving, seemingly, never to be seen again.