Star Wars Confirms The One Weapon More Metal Than Any Lightsaber 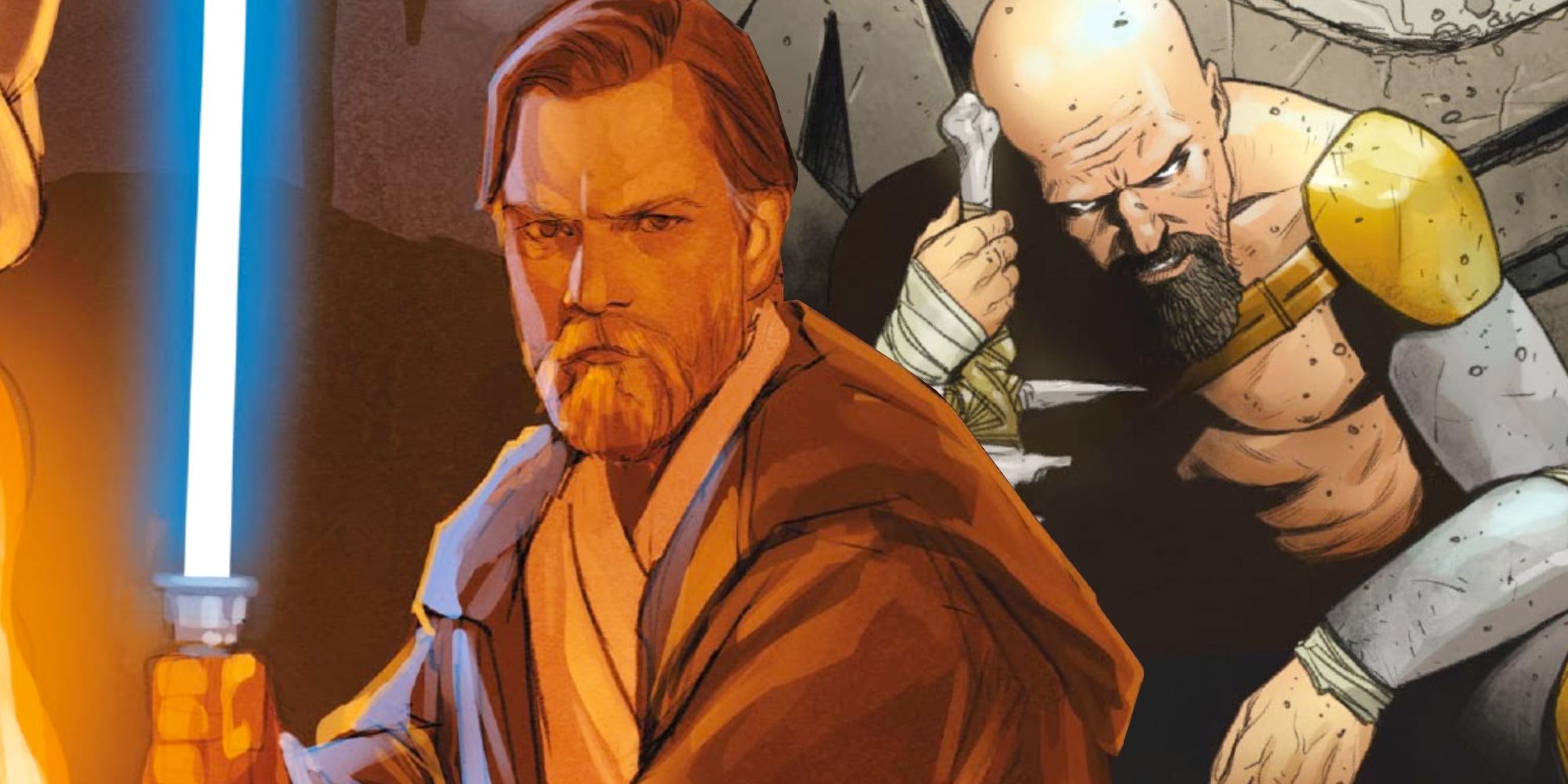 In the latest issue of Obi-Wan, the Jedi master recalls a dark mission with Anakin where they encountered a foe wielding a truly hardcore weapon.

In the latest issue of Star Wars: Obi-Wan, the titular Jedi master recalls a truly dark mission during the Clone Wars where he encountered a blade far more sinister than any Sith lightsaber. Joined by Anakin Skywalker, Kenobi and his former apprentice were called away from the front lines to take care of an extremely sensitive and highly classified mission, one that exemplified the horrors and consequences of the war they were fighting for the Republic. As such, the two Jedi face a truly broken man who’s lost his sanity, wielding a sword forged from the most disturbing material.

Thus far in Obi-Wan from writer Christopher Cantwell, Obi-Wan Kenobi has been waiting out a terrible sandstorm on the desert world of Tatooine, recalling key moments from his past during his mission to watch over Luke Skywalker in the years preceding A New Hope. While Kenobi has revealed never-before-seen moments such as his days as a Jedi youngling and Qui-Gon Jinn’s apprentice, recent issues have focused on the Clone Wars and the constant struggle Obi-Wan had with the Jedi Order’s role within it.

Related: Obi-Wan Proves the High Cost of Non-Force Users Falling to the Dark Side

Now, Obi-Wan #4 from Cantwell and artist Madibek Musabekov features the Republic and Jedi Order sending Kenobi and Skywalker on a mission to find and terminate Commander Mekedrix, an AWOL officer of the Republic driven insane by the horrors of war. Having amassed a group of followers, Mekedrix is now the leader of a brutal execution squad that has been massacring those he believes deserve permanent justice. Selecting an ancient temple strong in the dark side of the Force as his base, Kenobi and Skywalker find Mekedrix corrupted beyond reason, wielding a sword fashioned out of the bones of a deceased clone trooper.

Despite Kenobi’s best attempts to get through to the former commander, Mekedrix believes himself to be a servant of death itself, killing innocents without remorse. Eventually, he attempts to kill Obi-Wan as well, an act that forces Anakin to take action and kill the man who had completely lost himself in his own trauma and darkness. To that end, the bone sword was a dark extension of his pain, seeing as how he came to perceive the clones as prime agents of death as well, having been created for the sole purpose of war.

Clearly, this new issue of Obi-Wan is a dark tribute to Francis Ford Coppola’s Vietnam film Apocalypse Now (a movie which was almost directed by Star Wars‘ creator George Lucas). As such, Mekedrix is meant to mirror Marlon Brando’s Colonel Kurtz who similarly went rogue, lost his mind, and unilaterally started his own war. While this journey into the heart of darkness undoubtedly motivated Obi-Wan’s continued desire to bring an end to the Clone Wars as soon as possible, it makes sense that Mekedrix and his bone sword stuck with him as one of his worst memories.