How To Find & Ride A Strider 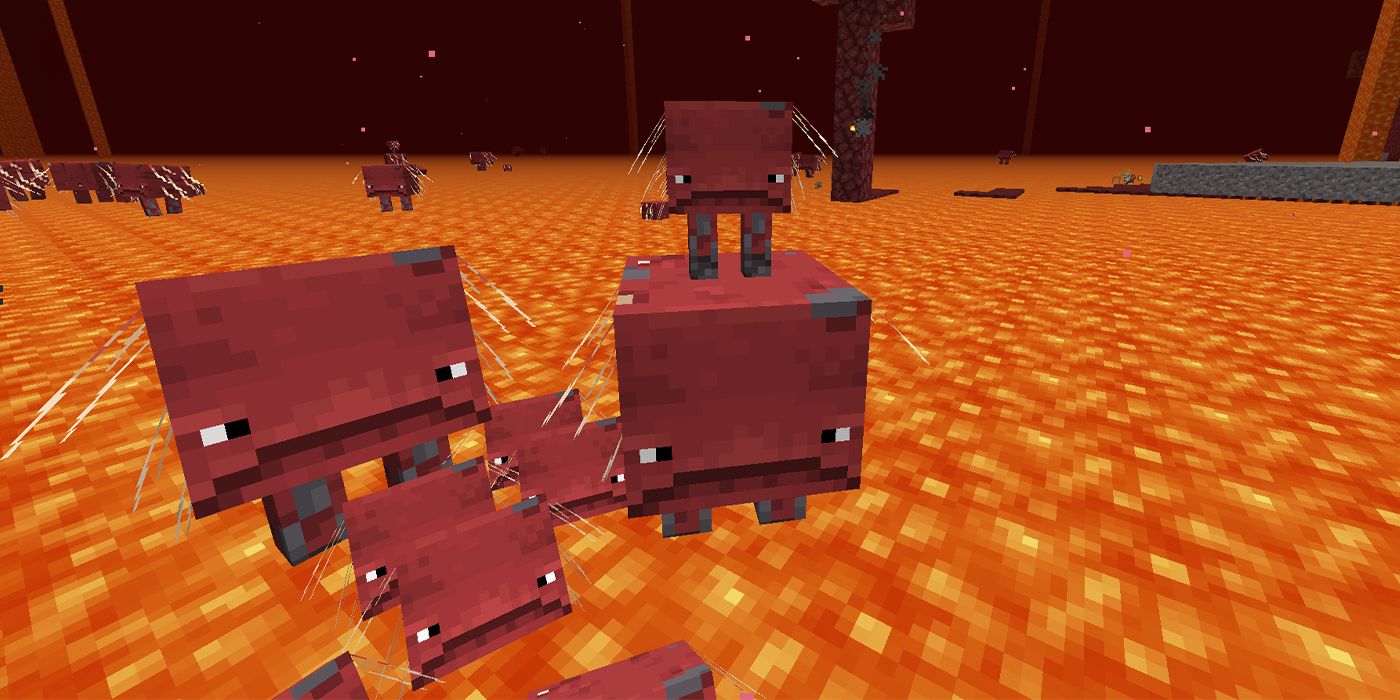 As a part of Minecraft’s Nether update, Mojang added one of the most hideous mobs to date: the Strider. These nasty red cuboid creatures wander the Nether and serve quite a useful purpose. While players could cling to the sides of the Nether and take their chances bridging over lava lakes, they could also tame a Strider and ride it across lava unharmed. Of course, there are a few hazards when traveling across the orange sea, but Striders are the new best way to explore the Nether.

The Nether update drastically changes the second dimension adding many blocks, biomes, and new mobs in Minecraft, blocks, and biomes. Once bathed in red blocks, the Nether is now an assortment of colors, including black, green, and brown. In addition, players can trade with Piglins to obtain previously rare items, and bastions are new structures that players can explore and loot to get otherwise unobtainable items. But for players to experience all that the Nether update has to offer, they will need a lava-proof steed to carry them safely on their journey.

It is prudent for Minecraft players to know what Striders can do in the game. These strange creatures in Minecraft are mobs that can traverse the lava in the Nether, which players can use. Since saddles can be placed upon Striders, they essentially become modes of transport over the vast seas of dangerous lava. However, players should know that Striders cannot be tamed, such as a horse, and requires four items so that players can ride them.

How To Ride A Strider In Minecraft

Striders may look hideous, but they are actually very docile creatures. These new mobs in Minecraft only have one purpose: to be ridden like a pig. Striders can be found at the bottom of the Nether, usually trotting along in the lava. Striders prefer to be in lava as they will shiver and express discomfort when on land. To ride a Strider, players will need a few tools. They will need a fishing pole, a saddle, and a warped mushroom, the green fungi that grow in the new Warped Forest biome. The players can make a warped mushroom on a stick by combining the warped mushroom and the fishing rod. This is used to lead the Strider in the direction the players want them to go. Once a Strider is close enough, players can place the saddle on its back and then right-click to ride the Strider.

Riding a Strider in Minecraft will allow players to safely ride across lava as if they were riding in a boat across water. However, Striders are still susceptible to taking damage from players and projectiles. Skeletons now appear more frequently in the Nether, meaning Striders can be shot with arrows, and Ghasts can appear and shoot fireballs at the players. If a Strider dies while in lava, the player will fall into the lava and drown.