Why Is Bruce Banner No Longer Hulk In Shang-Chi (Endgame Retcon)? 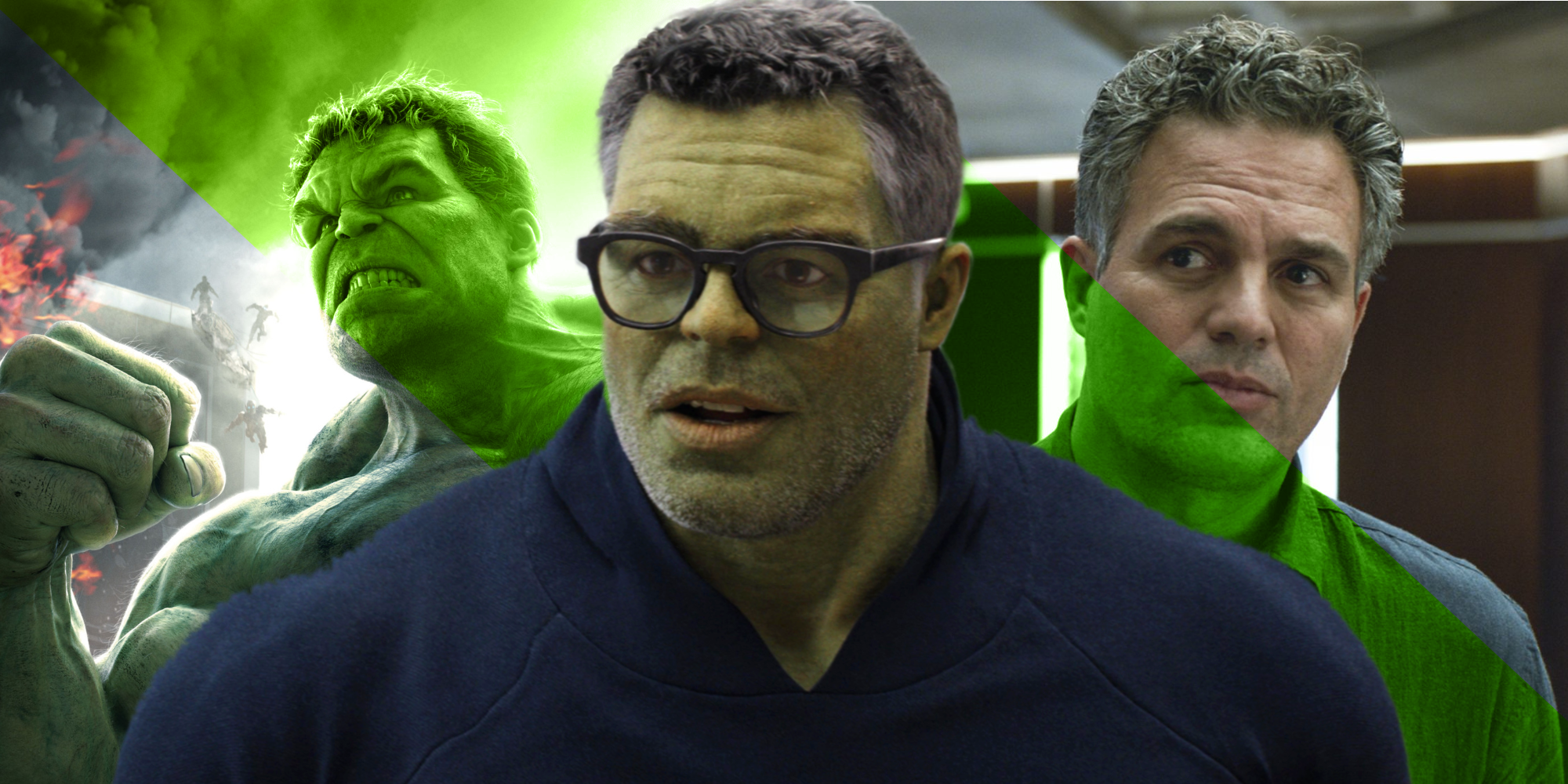 Bruce Banner appears in Shang-Chi and the Legends of the Ten Rings, but he’s back to his human form — no longer Smart Hulk like in Avengers: Endgame.

Warning! SPOILERS for She-Hulk ahead.Bruce Banner (Mark Ruffalo) makes a surprising appearance in Shang-Chi and the Legend of Ten Rings, but he was no longer Smart Hulk as he was in Avengers: Endgame. Directed by Destin Daniel Cretton, Shang-Chi featured a mostly contained narrative, but it also featured several reminders that it exists in the MCU. That includes the appearance of several familiar faces throughout the movie and in the post-credits scene after the Shang-Chi ending.

Early on, Abomination (Tim Roth) made his return to the franchise fighting Wong (Benedict Wong) in one of the caged matches in Macau, a surprising scene that raised many questions on its own. Wong returned later on at the end, directly transitioning to the much-talked-about post-credits scene of Shang-Chi and the Legend of the Ten Rings. In it, the sorcerer brings in Shang-Chi and Katy (Akwafina) to what appears to be the Sanctum Sanctorum to have a closer look at the mythical Ten Rings. Then arguably the biggest cameos in the movie are revealed; joining them via the same hologram system used in Endgame are Bruce Banner and Captain Marvel (Brie Larson). Both looked quite different since Carol Danvers had long hair, but Banner’s appearance was much more striking.

In Shang-Chi and the Legend of the Ten Rings, instead of taking the form of Smart Hulk, Bruce is back in his full human form. Interestingly, he was still nursing the same arm injury he suffered from executing the reverse snap in Endgame. When he debuted five years after Thanos’ (Josh Brolin), it didn’t seem like being Smart Hulk was a temporary state, and that he could easily go back and forth. Granted that the 2019 blockbuster didn’t get into specifics about what went on in the process of bringing together his personas, the hybrid appeared to be permanent. No wonder many are surprised to see Banner’s Smart Hulk back in his human alter-ego. So, how was this possible?

In She-Hulk: Attorney at Law, Bruce explains to his cousin Jen Walters (Tatiana Maslany) that he designed a special Hulk Inhibitor Device, which he created specifically for transforming back to his human form. This is further confirmed as the exact reason why Banner appeared human in Shang-Chi when it’s revealed that She-Hulk occurs around the same time as Abomination and Wong’s cage fight. Interestingly, when Jen insists that Bruce let her try the device, Bruce refuses, explaining that the device is calibrated just for him and that it could be dangerous for She-Hulk to use it. Moreover, this special device isn’t the only thing keeping Bruce from unexpectedly Hulking out.

Apart from the Hulk Inhibitor Device, She-Hulk reveals that Bruce has come up with a complex and long-term program for managing the Hulk persona. This includes daily exercises based on yoga, mindfulness meditation, and even dialectical behavioral therapy. Though Jen didn’t end up needing Bruce’s methods for controlling Hulk because she doesn’t share Bruce’s split personality problem, She-Hulk nonetheless provided valuable context about Bruce’s confusing appearance in the post-credits scene of Shang-Chi and the Legend of the Ten Rings.