What to Watch This Weekend: September 9-11 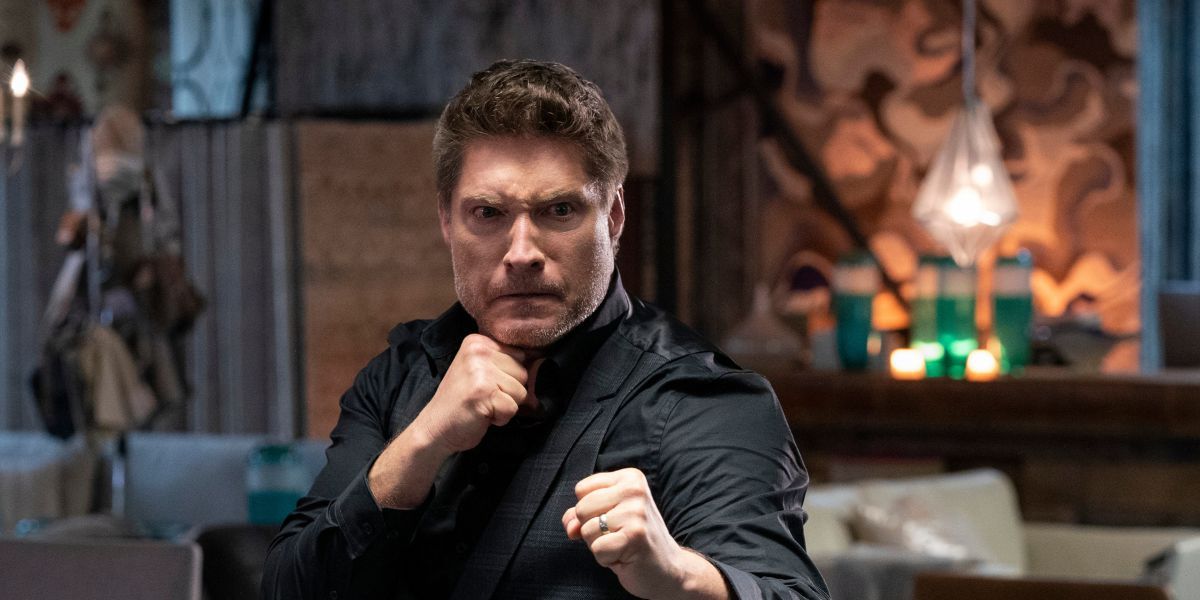 Make some room for Justin Long this weekend! The Dodgeball star is getting his spook-on in the horror thriller Barbarian about a rental gone awry and in the seductive Dracula-inspired House of Darkness. Season 5 of The Karate Kid expansion series Cobra Kai punches its way to Netflix with a fistful of nostalgia. Jon Bernthal takes over for Richard Gere in the Showtime series American Gigolo, which is based on the film of the same name from 1980. Samantha Morton breaks the fourth wall as the truly terrifying, always unpredictable Catherine De Medici in the ambitious Starz series The Serpent Queen. Plus, the Season 3 premiere of Central Park on Apple TV+ and the series finale of Tales of the Walking Dead.

Here are five exciting titles hitting the big and small screens this weekend!

Season 5 of Cobra Kaiis here and ready to dominate your weekend binge. Johnny Lawrence (William Zabka) is supposedly done with the dojo and seems to be going full-steam ahead with his car (or dilapidated van) service. Can we really trust this Terry Silver (Thomas Ian Griffith) guy? He’d like us to think so, but considering what he did to John Kreese (Martin Kove) last season, it’s going to take some convincing. And is Daniel (Ralph Macchio) seriously shutting down Miyagi-Do Karate? Season 5 promises more senseis, more alliances, and hell of a lot more karate chops.

Have you ever rented a place that just doesn’t feel right? Zach Cregger’s horror film Barbarian stars Georgina Campbell as Tess, a woman who arrives at her Airbnb only to discover that it has been rented out already by a man named Keith (Bill Skarsgård). Because of the unfortunate reservation mix-up, Keith lets Tess crash with him until they are able to sort things out. But when Tess ventures down to the basement, she realizes she might be part of one big, deadly plan. What lurks below?

This ol’ house? It’s quite dark. Justin Long’s second horror movie of the month is Neil LaBute’s seductive dark comedy thriller House of Darkness. Long plays Hap Jackson, a boyish and charming man who offers to give Mina (Kate Bosworth), the lovely, mysterious lady he met at the bar, a ride home. When he arrives at her not-so-humble abode, he’s hoping for a romantic evening. But, considering this film is a re-imagining of Dracula, the date doesn’t go as planned.

Paul Schrader’s famous 1980 film starring Richard Gere is getting the series treatment. Created by David Hollander, Showtime’s American Gigolo tells the story of Julian Kaye (Jon Bernthal), a male escort who was wrongly convicted of murder and served 15 years in prison. Now a free man, Julian must figure out where he belongs in the Los Angeles sex worker world and reconcile with past relationships, all while trying to figure out who really committed the crime. The series also stars Rosie O’Donnell as Detective Sunday, Wayne Brady, Gretchen Mol, and Lizzie Brocheré.

This queen plays by her own rules. A very twisted set of rules. Samantha Morton is going from playing the character Alpha on The Walking Dead to Catherine De Medici, a real-life alpha who was Queen of France from 1547 to 1559. Based on the book Catherine de Medici: Renaissance Queen of France by Leonie Frieda, this limited series tells a bold, unfiltered, and quite volatile origin story of one of France’s most controversial leaders whose real power and influence emerged during her sons’ turns on the throne.

House of the Dragon (HBO)

City on a Hill (Showtime)