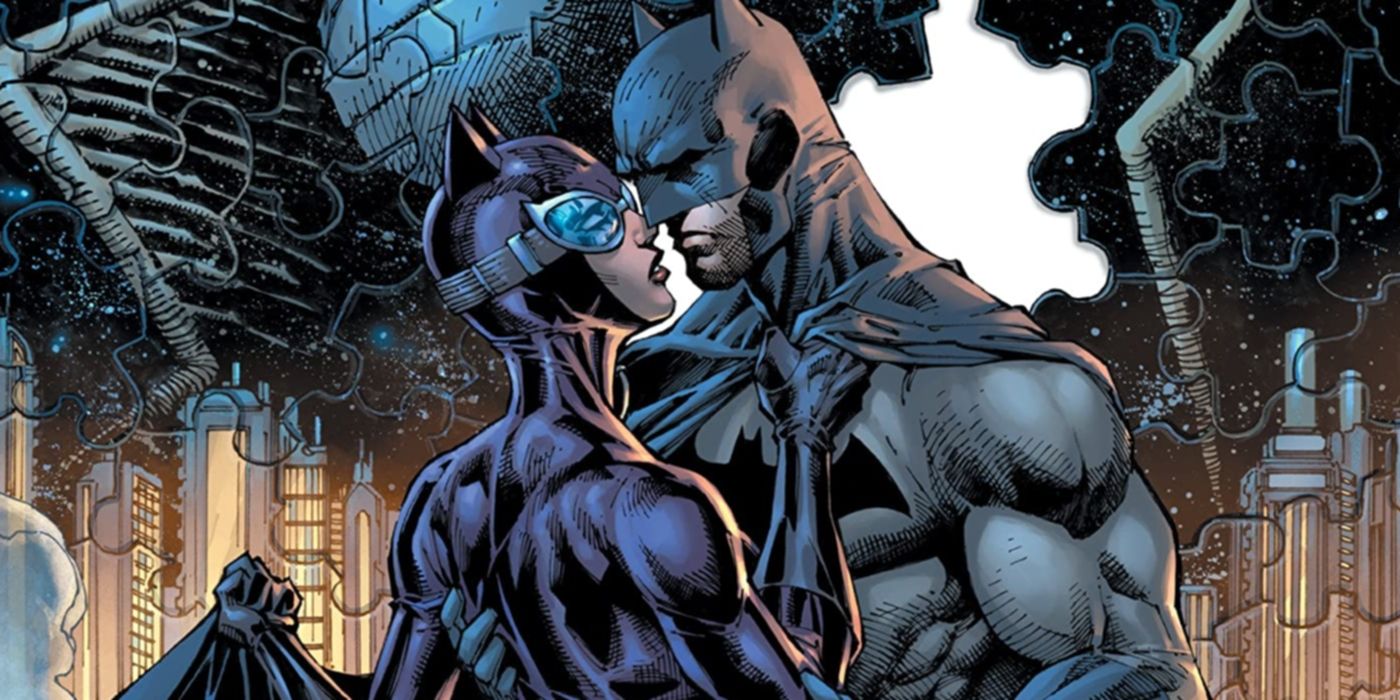 DC reveals that the “Hush” arc of Batman is getting a brand-new, 5-page epilogue in an upcoming rerelease in honor of the story’s 20th anniversary.

One of the most widely known Batman arcs is getting a new epilogue nearly 20 years after its publication. The upcoming release, Batman: Hush The 20th Anniversary Edition will include a never-before-seen 5-page story set after the story’s dramatic ending.

“Batman: Hush” was a story arc that ran through Batman #608-619. A mysterious killer calling himself Hush comes to Gotham, dead-set on sabotaging the Dark Knight and his operation. Batman goes through the wringer as Hush seemingly orchestrates a plan involving Bruce’s rogues gallery. The storyline not only introduced the Hush character, but served as a stepping stone for Batman and Catwoman’s relationship as the two finally made their feelings for one another known. The arc was loved by both fans and critics alike and has remained an evergreen title for DC. Since the story’s original publication, it’s been reprinted in several deluxe hardcover releases, including a DC Absolute Edition.

Now, with the arc’s 20th anniversary approaching fast, DC is pulling out all the stops to celebrate such a momentous occasion. In an exclusive with IGN, DC revealed that Batman: Hush The 20th Anniversary Edition will feature a brand-new epilogue from the “Hush” storyline’s original creative team. The afterword brings back DC’s Jim Lee, Jeph Loeb, Scott Williams, Alex Sinclair and Richard Starkings to craft a 5-page story set after the conclusion to the epic finale. In the few panels that have been revealed, Batman is doing his own sweep of the river where he had his dramatic final confrontation with Hush. Despite Superman having confirmed that Hush’s body was nowhere to be found, Batman discovers a boat with a lead hull that could have easily provided cover from Clark’s X-ray vision. However, the only thing Batman discovers is a long-dead LexCorp employee.

The new epilogue won’t be the only extra in the new “Batman: Hush” collection. The 20th anniversary edition will include sketches, annotations and the rare interlude chapter that was exclusively released in Wizard Magazine. But the appeal for most DC fans is undoubtedly the addendum to the beloved Batman story. For the first time in years, readers will be able to approach “Batman: Hush” and walk away with a completely different experience.

Now, is it likely that Loeb, Lee, Williams, Sinclair and Starkings have created a short that will completely alter the story fans know and love? Probably not, since it is only five pages and fans may not appreciate dramatic changes to a Batman arc as lauded as “Hush.” But the new epilogue does provide incentive for readers to revisit the classic storyline. “Batman: Hush” has been one of DC’s bestselling standalone Batman stories, and it’s likely one most fans know by heart. A new afterward from the original creative team may enthuse readers to go back and read the story one more time to see what those five new pages add to the experience. Fans curious to discover what mysteries await them can read the epilogue for themselves when Batman: Hush The 20th Anniversary Edition releases October 18th, 2022.