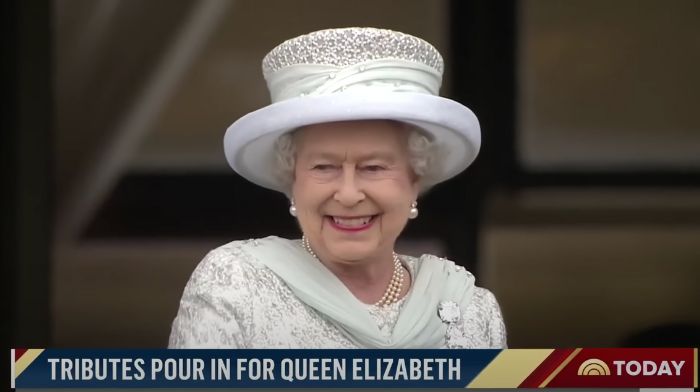 On Thursday, the entire world witnessed the end of an era. Queen Elizabeth II died at the age of 96. She died peacefully, surrounded by her family, something we all hope for when our time comes.

While I am guilty on more than one occasion of saying something to the effect of, “didn’t we fight a war so we didn’t have to care what the Queen, the prince, fill in the blank, thinks?” Well yes, thankfully, we did.

But Thursday night, in what might be thought of as a eulogy, Fox News host Tucker Carlson laid out exactly why Queen Elizabeth is one of the last of her generation.

A Product Of Her Time

There are plenty of people who take on enormous responsibility at the age of 25. They become parents, start businesses, or go into the military. Those are things that make you grow up quickly.

At the time that Queen Elizabeth II ascended to the British throne, the world was still recovering from World War II. Great Britain and all of Europe was rebuilding after the Nazis had virtually destroyed it. The British empire would be forever changed.

Carlson acknowledges that the British empire was far from perfect. It was run by imperfect human beings. And, while no one is advocating for colonialism, how have many of those former British territories fared in the ensuing years?

Carlson also used the example of India. The British built an impressive train station in Bombay. He pointed out that nothing like it has been built since India gained her independence.

His point: while the British might have spent an awful lot of time colonizing, they left behind things that society can use and benefit from, like, “a language, a legal system, schools, churches and public buildings, all of which are still in use today.”

“It has always been easy to hate and destroy. To build and to cherish is much more difficult”

To further his point, Tucker Carlson reminds that we have the British to thank for concepts like the Magna Carta, habeas corpus, and free speech that are the foundation of our Republic. He also contends that, despite what you might be seeing on social media, Great Britain helped to end the transatlantic slave trade, and the murdering of widows in India.

The British spread Christianity throughout the world, and it is OK to acknowledge that they didn’t always do it in the kindest of ways. The history of any people is good, bad, and ugly. But the British have also given the world some of the greatest literature and manufacture some of the world’s finest products.

Is there anything more dispicable than the comments made of Uju Anya about our beloved Queen Elizabeth. I will not repeat the sickening comments. Can I suggest Uju Anya to look at Nigeria today where slavery still exists and othe countries I’m Africa and Asia.

There are of course a few other things to mention. There have long been stories and rumors of the royal family being involved satanic rituals and pedophilia rings. Is there any truth to any of it? Unless someone comes forward and says they were there, we may never know. There are lots of opinions, and that’s OK too. It is all part of the concept of free speech, brought to you by Great Britain.

So of course, the same progressives who celebrate the tearing down of statues in America didn’t miss a beat before doing a perverted sort of happy dance upon learning of the Queen’s death. They’d gleefully see Britain fall as well in the name of progress.

The hot Twitter take that the British Empire was an unalloyed evil — the take that seems to lie behind rage against Elizabeth II — is historically ignorant beyond measure.

While Shukri Abdirahman, an Army Veteran and “unapologetically American” Muslim GOP candidate in Minnesota, condemned anyone who would defame the Queen’s memory and celebrated the prosperity the British brought to her birthplace of Somaliland.

All you savagely indignant, sad people…

I’s born in Hargeisa, Somaliland – a former colony of Great Britain since 1884.

The British not only brought peace, & prosperity to our land, they helped millions of Somalis achieve the unity of all FIVE Somali-colonized parts.#Queen pic.twitter.com/I5O0nH1ret

RELATED: 21 Years After 9/11: It’s Time We Remember What Americans Vowed Never To Forget

A Debt Of Gratitude

Americans look at the British monarchy in kind of a peculiar way. Yeah we fought and died to be rid of it in our own country, but in the case of Queen Elizabeth, many Americans give pause to acknowledge and respect the fact that someone gave 70 years of her life to her country.

Queen Elizabeth was a member of a generation that valued duty, service, honor, and tradition. It is getting harder to find those things today. Probably because they are not mind-numbingly buffoonish enough to be popular on social media.

Through the lens of American eyes, Queen Elizabeth might simply be seen as a woman who accepted her lot in life, and did the best she could, always putting her country first.

However, in the end, Tucker Carlson may have said it best,

Queen Elizabeth II was a trailblazer who inspired millions, her presence will be greatly missed. Praying for all those close to the Queen. RIP. pic.twitter.com/S1Lc0Nrux7