Where Is Eregion, the Elven Kingdom? 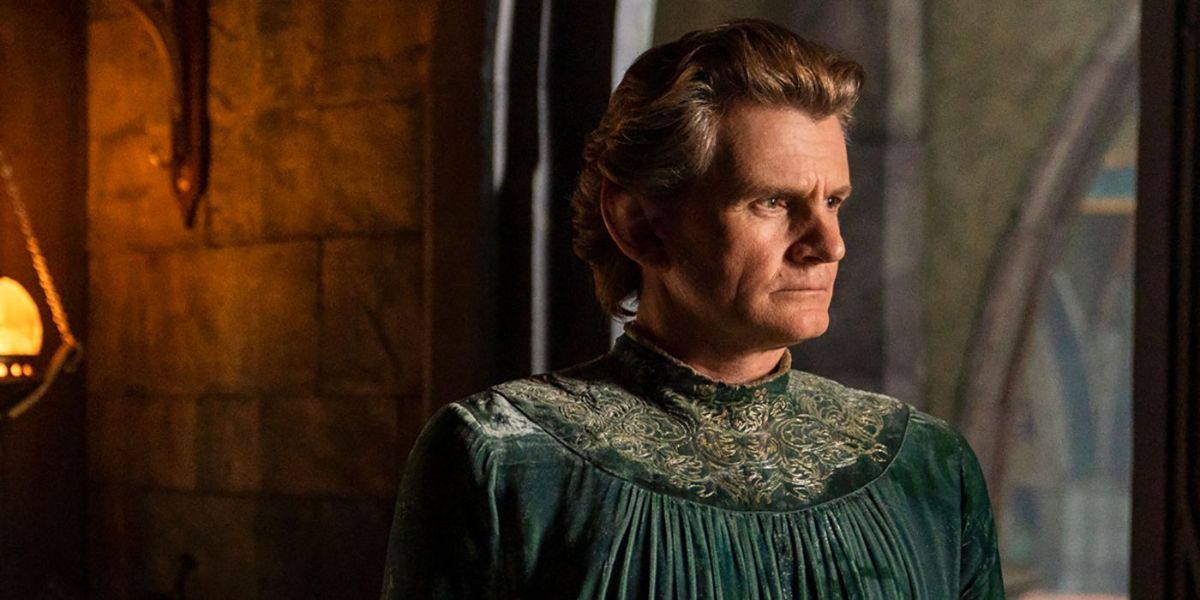 Editor’s Note: The following article contains spoilers for The Lord of the Rings: The Rings of Power and Middle-earth Lore.Although Hobbits are usually at the center of the most famous J.R.R. Tolkien stories set in Middle-Earth, The Lord of the Rings: The Rings of Power centers largely around the Elves of the Second Age. Whether we’re following Galadriel (Morfydd Clark) and Elrond (Robert Aramayo), Gil-galad (Benjamin Walker) and Celebrimbor (Charles Edwards), or even the newest addition to the Middle-Earth mythology Arondir (Ismael Cruz Córdova), each one of the Elves has a unique part to play in The Rings of Power story, and there’s no doubt that we’re in for a treat as the series continues to unfold. Whether they’re bearers of the titular rings or are destined to suffer a darker fate, each of them is important to this Amazon series.

Since the series is set during the Second Age of Arda, the Middle-Earth landscape may look and feel a bit different from the Tolkien stories you may be used to. The dark, volcanic lands of Mordor are the much greener – and more humanly populated – Southlands. The desolate Mines of Moria as seen in The Fellowship of the Ring are seen here in their glory, the beautifully constructed Khazad-dûm. And, of course, the lands the Hobbit tribe of Harfoots currently inhabit won’t be the home for their people forever. Between the new interpretations of old lands and our first live-action looks at others is the Elven realm of Eregion, the latest location to be teased in The Rings of Power.

A Unique Elven Kingdom With Ties to Sauron and Galadriel

In the series’ second episode “Adrift,” Celebrimbor enlists Elrond in a new project set to take place in Eregion, one that will change the fate of Middle-Earth forever. The Elven smith hopes to build a forge capable of creating objects of immense power, presumably the titular Rings of Power that are destined to be wielded by Galadriel, Elrond, and eventually the Wizard Gandalf. While we have yet to see Eregion in all its glory, we know from the series that it’s a realm full of Elven smiths, making it a land of great beauty. But that’s not all that we know…

According to Tolkien’s work on The Silmarillion and Unfinished Tales – which The Rings of Power sadly does not have access to – Eregion was originally founded by a group of Noldorin Elves who left Lindon in the early Second Age. Though it was fairly small, the kingdom was ruled from around SA 750 until SA 1350 by Galadriel and her husband Celeborn. That’s right, traditionally at this point in Middle-Earth history, Galadriel was married to Celeborn and served as a joint ruler over this sub-realm. While The Rings of Power has yet to introduce Celeborn, there’s no doubt he’ll make his appearance on the series eventually. As for whether Galadriel and her husband will ever rule Eregion on screen… That path is uncertain.

Eventually, Eregion would be led by Celebrimbor, which seems more in line with where The Rings of Power is headed. He would lead them into an unprecedented new age where the Elf-smiths would work alongside the “Lord of Gifts” known as Annatar – who was actually Sauron in disguise – to forge the Rings of Power: three for the Elves, seven for the Dwarves, and nine for mortal Men. How this all will play out in the series is yet to be seen, but there’s no doubt that Sauron will be involved, and that Eregion will open the floodgates to a new type of power never before tasted in Middle-Earth.

RELATED: ‘The Lord of the Rings: The Rings of Power’ Episode 2 Recap: Where Do You Belong?

Eregion Formed a Peace Between Elves and Dwarves

Anyone who has watched Peter Jackson‘s The Lord of the Rings or The Hobbit trilogies knows that Elves and Dwarves don’t always get along. Although Legolas (Orlando Bloom) and Gimli (John Rhys-Davies) eventually become friends, this isn’t exactly the norm throughout Middle-Earth. Yet, in Eregion, it seemed as if anything were possible. Because of Eregion’s proximity to the Dwarven kingdom of Khazad-dûm (it was basically right next door), the Elf-smiths and the Dwarves became very friendly, bonding primarily due to their mutual love and respect for their respective craftsmanship.

Besides working on projects together, the Elves and Dwarves traded pretty liberally with one another. There even ran a road from Eregion’s capital of Ost-in-Edhil directly to the kingdom of Khazad-dûm. In fact, this is where the Doors of Durin come into play, the same magic door into the mountain seen in The Fellowship of the Ring where the Elvish word for “friend” must be spoken to enter. This door was created specifically to encourage contact and trade with Eregion and was used throughout the Second Age – and eventually once more in the Third.

In Appendix B of The Return of the King, Tolkien explains that the friendship here between the Elves and the Dwarves was “the closest there has ever been between the two races.” From what we’ve seen on The Rings of Power so far, it seems that the friendship between Elrond and Prince Durin IV (Owain Arthur) may be the beginning of that bridge between the two races on the show. Since their friendship is one of the best parts of the series thus far, we’ll let the canon – which says Celebrimbor was the one who facilitated this friendship – slide a bit and see how it all plays out.

The Fate of Eregion

Eventually, Sauron would return to Eregion and wage war on the kingdom in SA 1697, decimating it completely. Although the Elves were aided by the Dwarves, it didn’t do much good, and the realm fell. Celebrimbor himself was slain after being beaten to death with his own hammer by Sauron. It was a terrible time and one that closed the gates of Moria for good. Hundreds of years later, in the Third Age, the lands of Hollin – the name that Men would call the realm of Eregion – would be seen again, this time in The Fellowship of the Ring where the Fellowship would pass through the lands.

Sadly, Eregion is never rebuilt, nor do the Elves ever return to reclaim it. In fact, the Dwarves shut themselves up in their mountain too, sealing themselves in for their own dark fate. But, at the very least, rather than being a land of ruins and desolation, Eregion/Hollin ended up being a pretty beautiful place, and one that Legolas would reflect and reminisce on as the Fellowship journeyed across Middle-Earth to finally defeat Sauron – the one who demolished this once great Elven realm – for good. Tolkien certainly had a poetic sense of humor!

The first two episodes of The Lord of the Rings: The Rings of Power are streaming now on Prime Video. New episodes become available every Friday.