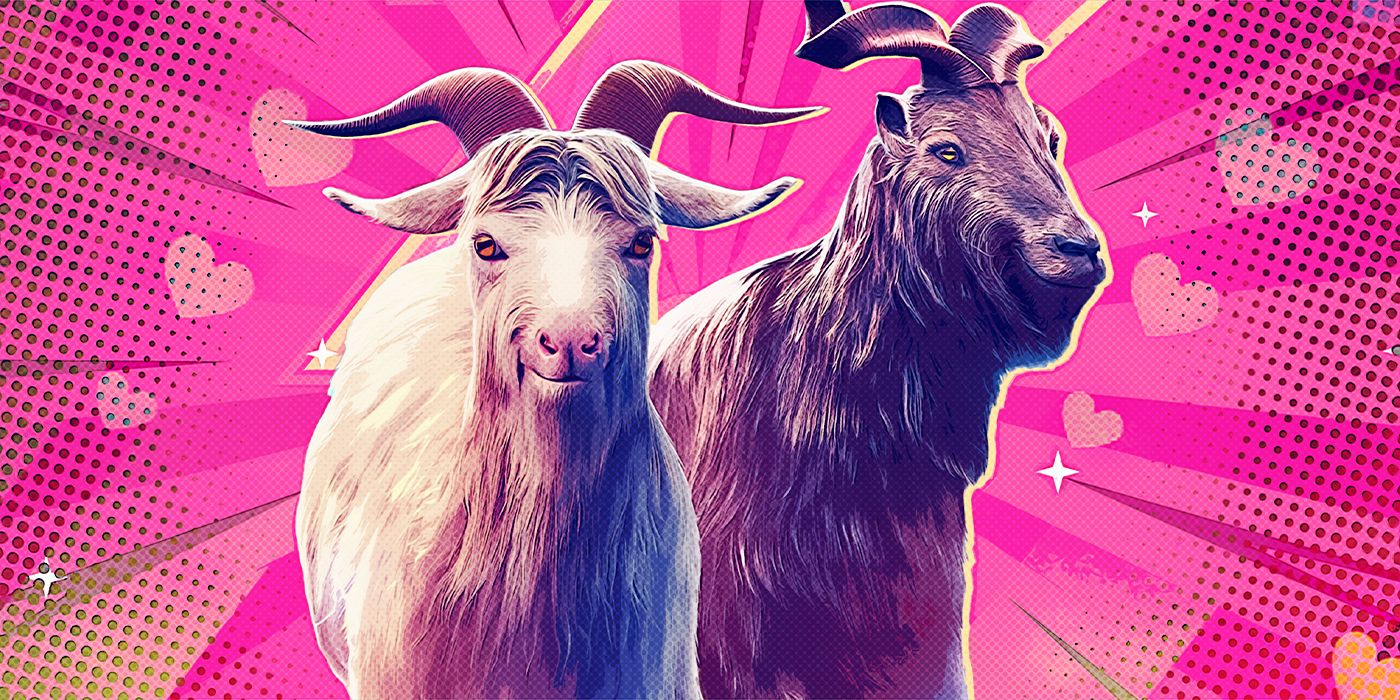 Editor’s Note: The following contains Thor: Love and Thunder spoilers. Thor: Love and Thunder is a kitchen sink full of imaginative delights. From Bao gods to Thor-powered kids, this movie splashes Taika Waititi‘s creative genius all over the screen at every turn. One of the funniest elements of the movie, though, is Thor’s (Chris Hemsworth) gigantic screaming goats! But these raucous giants aren’t unique to this movie. They were originally introduced in the Thor comics.

Known in the comics as Toothgrinder and Toothgnasher, these mystical goats are based on Tanngnjóstr and Tanngrisnir of Norse mythology. They first appear in 1976’s Thor Annual Vol. 1 #5 amidst the War of the Gods. Primarily stationed at the helm of Thor’s chariot, traveling him across realms, Toothgrider and Toothgnasher are insanely powerful beings. Powerful enough to damage Mjölnir at will. They can also each be reborn if they’ve been eaten, that is unless a bone has been broken in that process. So, they can be reborn if killed under very particular circumstances. Loki does, at a certain point in the comics, also magically resurrect Toothgnasher after War of the Realms. A thoughtful gift to brother Thor. At another point, Thor also instructs Toothgnasher and Toothgrinder to guard Mjölnir. While all of these powerful attributes and exciting happenstances aren’t all leveraged in the plot of Thor: Love and Thunder, the summer blockbuster does use these two loud and excitable goats to impeccable comedic effect.

RELATED: Why Thor’s Story Should End with ‘Love and Thunder’

When Do the Goats First Appear in Thor: Love and Thunder?

Gifted to Thor in this film by the Indigarrians for saving the day after Gorr the Godbutcher (Christian Bale) slays this people’s omnipotent protectors, these goats burst into Thor: Love and Thunder with shrill shrieks that never fade. Our first impressions of them as audience members is they are huge, adorable, and hard on the ears in the most hilarious way. The polar opposite of silent Miek. The Guardians of the Galaxy, who also participated in saving this day, quickly bow out of helping Thor track down this Gorr the Godbutcher, who now heads off to torment New Asgard. Thor, Stormbreaker, Korg (Waititi), and the goats branch off as a new crew, Bifrosting their way back to New Asgard.

Aside from all the Screaming, These Goats Have a Very Important Job in Thor: Love and Thunder

As the action kicks up, Stormbreaker can’t really seem to harness the power of the Bifrost with reliable certainty. Dr. Jane Foster, now the Mighty Thor (Natalie Portman) astutely suggests improving Stormbreaker’s accuracy by using the hammer as a power source that mobilizes a larger vessel to shuttle this rag-tag team through space, chasing after Gorr. Of course Jane would be the one to find the solution here. As we learn in Avengers: Age of Ultron, she’s a Nobel-prize-considered astrophysicist after all! Valkyrie (Tessa Thompson) offers up New Asgard’s spare Viking ship and the goats begin aligning with their comics past, becoming the champions pulling Thor’s ship, or chariot, across the Bifrost.

In Omnipotent City, the Screaming Goats Get in on the Action

In Omnipotent City, the goats really start to shine as more than just vehicular help. Once sweet Korg is shattered to smithereens during the fight with Zeus (Russel Crowe) it is the goats who swoop in and save his face from complete ruin. The goats also participate in the fighting. The gods are no match for these goats’ blood-curdling shrieks and enormous size and strength. They rescue the crew just as things get hairy, and continue everyone on their journey toward Gorr.

Armed with Zeus’s lightning bolt, the crew travels to the Shadow realm via the goat-led space Viking ship. The goats unceremoniously crash everyone onto the planet, making quite the entrance. Helping to fight the shadow creatures, these shrieking goats prove themselves worthy time and time again.

How the Thor: Love and Thunder Crew Brought These Screaming Goats to Life

In an interview with Collider, Natalie Portman shared the ins and outs of bringing these larger-than-life characters to the big screen. She said,

“But funnily enough, the goats we had real goats like real practical, they weren’t actual animal goats. They were, practical kind of sculptures that we had on set with us with like tongues out and everything.”

Will We See More Screaming Goats in Future MCU Movies?

While they never get resurrected or have the opportunity to guard Mjönir in this film, there’s no telling how these goats might participate in future Thor adventures. Chris Pratt joked with Marvel Entertainment that Waititi threw these space goats into this film in the first place as torment for James Gunn, who will eventually have to reconcile them in his upcoming Guardians of the Galaxy Vol. 3. Oddly enough, Waititi even alluded to a connection between a meme video of Taylor Swift‘s song “Trouble” that pairs the catchy pop song’s chorus with clips of screaming goats, and the goats from Thor. One thing’s for certain though — these goat and their ear-piercing screams are loud, proud, and totally ridiculous! We hope to see more of them in the Marvel universe. Gigantic, hilarious, powerful additions to an already godly crew, indeed.

Thor: Love and Thunder is now streaming on Disney+.

Check out more mighty stories about ‘Thor: Love and Thunder’: