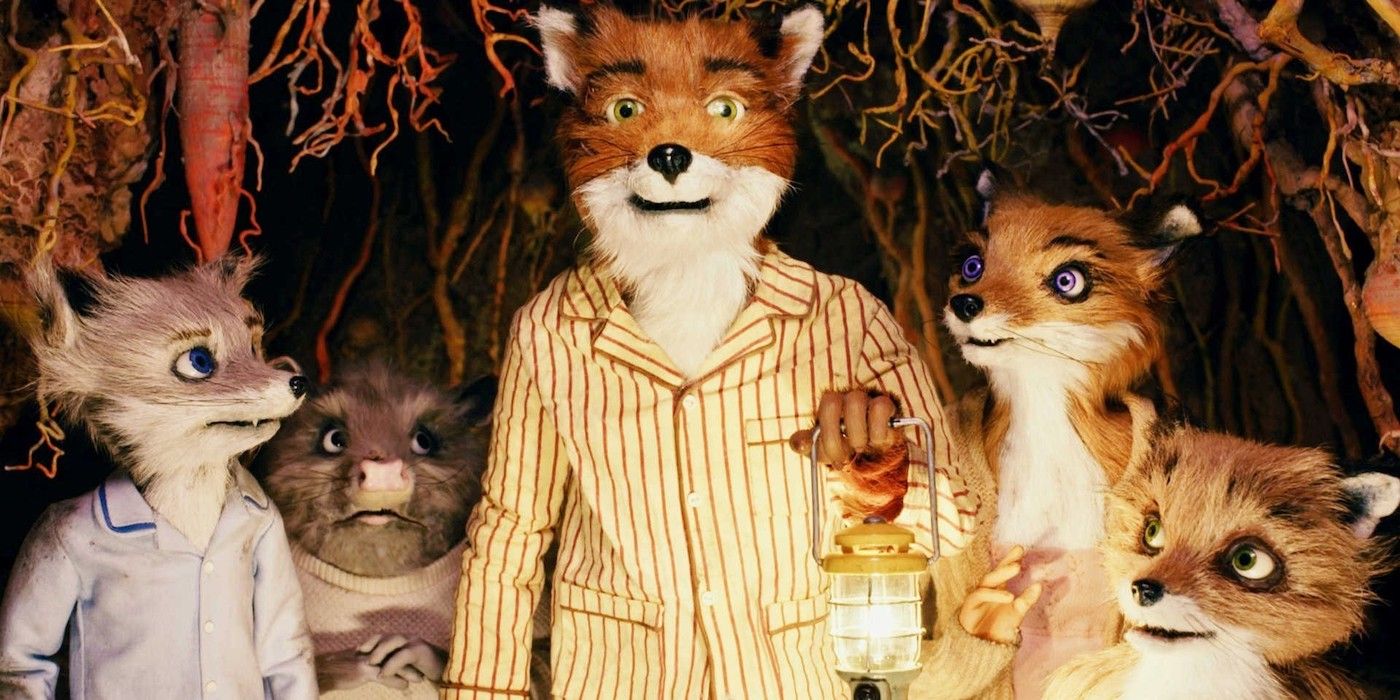 It’s no secret the Academy has a bias against animation. For decades, animation has been seen as nothing but kiddie fare by many of the older members of the voting body, and that has clouded the Oscar potential of otherwise spectacular animated fare, some of which are better than some of the prestige live-action fare that overtakes Oscar season every single year.

Related:10 Great Films That Were Nominated For Best Picture & Didn’t Win, But Deserved to

And while there are numerous animated films that really could have used some kind of nomination, there are some above the pack that the fact they weren’t nominated is frankly beyond the understanding of general audiences and cinephiles alike. One thing is for certain though – if the Academy can’t honor them, we sure can.

Charlie Kaufman himself is a director who has had terrible luck with the Academy despite his respect within the industry. Despite this, Anomalisa managed to pick up the Grand Jury Prize at the Venice Film Festival – the first animated film to ever do so – and was nominated for every animation award under the sun.

The story, which follows an alienated man who perceives everybody except for one person as the same individual, is a psychological character study of the highest form and is something of an achievement within the animated medium. It takes full advantage of its art style and its format to tell a story that could only be told this way, and while 2015 was a competitive year, it absolutely deserved a slot in the Best Picture lineup.

Wes Anderson’s charmingly simplistic yet wickedly entertaining stop-motion film (and his animated debut) was something of a triumph. Anderson’s meticulously crafted shot design and colorful sets are a perfect fit for the animated medium, and Fantastic Mr. Fox‘s exceptionally expressive and detailed animation is some of the best in the business.

Related:Why 2009 Was One of Animation’s Best Years: From ‘Up’ to ‘Fantastic Mr. Fox’

And while it was present at the Academy Awards – nominated for Animated Feature and Original Score – it was absent from Picture, overshadowed by the equally excellent Up, which ended up winning in both the categories that Fantastic Mr. Fox was nominated in. While Up wholeheartedly deserved that love, this film could have also snuck in as an example of how strong of a year 2009 was for animation.

The first documentary ever nominated for Best Animated Feature, Flee is such a unique film in so many ways and one of the best films of it’s year. Telling the story of a man fleeing his home country of Afghanistan to Denmark, it’s one of the most moving and heartwrenching films you’ll ever see, and it uses the animated medium to recreate this man’s story without losing the humanity at the heart of his tales.

Its status as an animated feature didn’t help, but the fact it was a documentary and a foreign film at that – the film is in Danish – probably killed its chance of a Best Picture nomination. This is a shame as Flee not only could have been nominated, it could have frankly been close to winning if it was in the category.

It’s weird to say “Oscar contender Shrek” nowadays since Shrek has become a popular icon, but back in 2001, Shrek was widely seen as a revolutionary film. The film’s scathing commentary and satire on fairy tales, animated films, and pop culture mixed with its sincere and tender love story warmed the hearts of critics and audiences alike.

In fact, Shrek may have actually gotten close to a Picture nomination at the time. The film is one of the few animated films nominated for the BAFTA for Best Film (it received eight nominations in total), it competed at Cannes for the Palme d’Or, and was nominated for Adapted Screenplay at the Oscars. If the Academy was doing ten nominations like they are now, it’s very likely Shrek would have been one of the ten nominees.

Spider-Man: Into the Spider-Verse

With superhero films and comic book adaptations slowly but surely being recognized more by the Academy, it’s interesting that Into the Spider-Verse was left out of the conversation. While it did win Best Animated Feature in one of the best wins of the night, that was its only nomination despite universal critical acclaim as one of the best superhero films ever made and possibly one of the best-animated films of the decade.

Related:‘Spider-Man: Across the Spider-Verse’ Won’t Be Swinging Into Theaters Until 2023 as Sony Faces Major Delays

It’s quite possible the Academy didn’t want to nominate more than one superhero film that year, as Black Panther was nominated for a multitude of Oscars including Picture, and they went with that one over this. Despite that, Into the Spider-Verse absolutely should have been in the conversation for Picture and even other awards as well – Sound Editing and Mixing anybody?

If it’s nearly impossible for western animation to get into Best Picture, it’s basically impossible for anime, which despite the quality that has been presented in their stories for decades is very rarely rewarded by the Academy. They love Hayao Miyazaki, however, and Spirited Away made waves for being the first (and currently only) foreign film ever to win Best Animated Feature at the Oscars.

And it absolutely should have gotten a Best Picture nomination as well. Spirited Away, outside of being one of the great Miyazaki’s best, is a layered, subtextual story that has numerous layers to it while also being simply a fun, entertaining affair at the movies. It’s a nigh-perfect version of itself, and that alone makes it worthy of the award.

When the 87th Academy Awards hit, one of the biggest snubs was The Lego Movie, which only received a Best Original Song nomination for Everything is Awesome and no Best Animated Feature nomination. This was seen as a massive shock to pundits, as a nomination for The Lego Movie was widely seen as inevitable. While its usage of live-action segments could have been a factor, that didn’t stop other films from being nominated in the past, so it’s possible its status as an IP machine was the killing blow.

Going one step further though, The Lego Movie absolutely deserved a Best Picture nomination. Its unique animation style along makes it a cinematic joy, but its witty script, strong characterization, and great satire push as one of our best-animated films of the last decade.

During the Disney Renaissance, they were at the top of the world. Beauty and the Beast was nominated for Best Picture, Aladdin became one of the highest-grossing movies of all time, and its reputation had never been better. The Lion King was their next big project, assumed to be something of a B-lister compared to the possible Oscar contender of Pocahontas, but the film exploded with critical acclaim and record-breaking box office results.

Related:10 Saddest Movie Animal Deaths That Will Make You Want to Hug Your Pet

And while the film won two Academy Awards for Song and Score among its four nominations (also for Song), the lack of a Best Picture nomination is bizarre considering its acclaim. It’s very likely that Beauty and the Beast’s nomination was something of a scare for the Academy – who spent the next several years doing everything they could to stop the rise of animation in the Academy.

The first computer-animated film could have been a complete failure, but Pixar’s first feature, Toy Story, was such a mammoth success that it made it into the history books. Not only did it receive wide acclaim across the board, but it also was the highest-grossing movie of its year and was the first animated film ever to be nominated for Original Screenplay – something that still rarely happens nowadays (unless you are Pixar).

And once again, it’s absent from the Best Picture category. This one is particularly annoying as Toy Story’s acclaim was pretty much universal, so it’s likely the Academy was scared it would have won if in the category, which is obvious bias against the medium as a whole.

Wall-E holds the distinction of being one of the most important animated films in the history of the Oscars for what it wasn’t nominated for. The critically acclaimed sci-fi love story – which is also a commentary on human greed, capitalism, environmentalism, and nostalgia – is widely seen nowadays as maybe the best film of 2008 and has been revered by critics and audiences for its minimalist approach and stellar animation.

Next:9 Years the Palme d’Or Winner Was Way Cooler Than The Oscar Best Picture Winner