With Military Recruitment In The Red, Will ‘Top Gun: Maverick’ Provide The Same Bump As The 1986 Original? 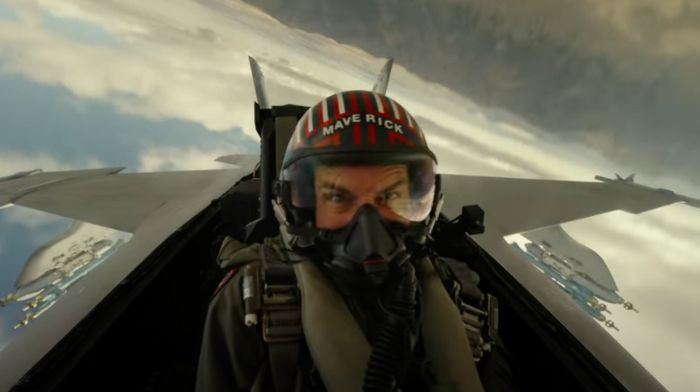 The Pentagon is scrambling after reports have shown for several years in a row that fewer and fewer Americans are considering military service as either a brief commitment or even a full career, that’s if they’re even fit enough to be eligible to serve in the first place.

At the end of June this year, the Army released a depressing update in their efforts to bring in more potential soldiers, showing that they were only able to recruit 40% of their 57,000 mid-year target. Things don’t look any better for the other branches; the Air Force fell 4,000 new airmen short of their same mid-year goal.

In April, North Carolina Senator Thom Tillis, who sits on the Senate Armed Services Committee, warned that this drop in eligible and willing recruits could spell a longterm national security issue for our nation.

“I’m worried we’re now in the early days of a long-term threat to the all-volunteer force, with a small and declining number of Americans who are eligible and interested in military service,” said Tillis. “Every single metric tracking the military recruiting environment is going in the wrong direction. In most cases, we’re seeing the worst numbers in the last few decades.”

So the question is: Can the success of Top Gun: Maverick provide a much-needed recruitment bump, as the original film did nearly 40 years ago?

Too ‘Woke’ and Broken to Fight

Lawmakers on both sides of the aisle have pointed to the obvious, that since the lockdowns of 2020, a dip in recruitment was expected but no one could have foreseen the situation they’d be in now.

Keeping recruiters out of public schools, a hotbed for potential recruitment, was one of the results from closing schools and transitioning to remote learning. The controversies regarding servicemen and women being forced to take the Covid vaccine also saw a drop and loss of benefits for as many as 60,000 soldiers.

While the lockdowns and vaccine mandates were certainly a factor, there are also other indicators that not only impacted recruitment, but also retention among the branches.

Additionally, while the relationship between numerous, regular deployments and reenlistment is sometimes complicated, it can’t be understated that nearly two decades of direct conflict in Iraq and Afghanistan has impacted morale among the troops and the public at large.

With all those factors mixed together, ‘woke’ social justice policies certainly haven’t helped. “Pronoun trainings”, expanding policies to include transgender personnel, safe spaces, and even “drag queen story hour” provided to the children of service-members at on-base libraries has created a toxic environment keeping some potential recruits at arms length if they were looking for the type of service experience previous generations took part in.

There isn’t a single American who now questions why volunteer to serve. Biden was part of the team that had the opportunity to withdraw after Osama bin Laden was killed. Everything after that was in vain and fraudulent.

This lack of trust will set back our military for decades.

Senator Ted Cruz of Texas has been a vocal critic of many of these attempts to make the military more ‘woke’, saying that Democrats are attempting to turn the military into “pansies.”

Hoping For Another Top Gun Miracle

If there was any hope for a recruitment miracle this year, it came wrapped in the Hollywood package of Top Gun: Maverick, Tom Cruise’s sequel to the 1986 action blockbuster which skyrocketed Navy recruitment by around 500%.

The Navy wasn’t the only branch this year hoping to benefit from the release of the popular summer blockbuster when it was released in theaters just a few months back. Recruiters for the Air Force, hoping to find some awestruck moviegoers leaving the theater hyped up on thrills and excitement of this macho flick, parked outside of theaters throughout the country offering free mugs, lanyards, and enlistment materials hoping to meet their quotas.

The Air Force went as far as to air a recruitment commercial in theaters for showings of Top Gun: Maverick hoping to capitalize on the engaged and eager audience.

“This commercial has it all,” said Air Force Maj. Gen. Edward Thomas, who oversees recruiting for the Air Force. “And the idea is that people are going to go to the movie … We want them to get excited about military service again, whether that’s naval aviation or come and apply for the Air Force.”

Why America Loved the Nostalgic-Machismo of Top Gun: Maverick

Conservative commentator Ann Coulter, who usually criticizes most mainstream films these days for being platforms for liberal talking points, loved the film and the message viewers took away from it.

Coulter reviewed the film and praised it for focusing on many of the areas our real-life military seems to have abandoned. While featuring women and racially diverse pilots, the film does not tokenize them.

Through Tom Cruise’s quintessential 80’s action hero, the character of Capt. Pete “Maverick” Mitchell, and the other male fighter pilots, Coulter points out how they embody the traditionally masculine ideal synonymous with traditional military stereotypes.

Even better, according to Coulter, the film is “pre-2019 woke” by today’s standards and didn’t include any openly progressive talking points you’d see in most every Hollywood film these days.

Coulter asserted that while Top Gun may have some impact on present day recruitment, we’re in a very different America, an America which isn’t actively attempting to recruit “macho men” as she told The Political Insider’s Brett Smith during a recent interview.

“We need macho men applying for these jobs,” said Coulter. The only upside she found in a more effeminate military is that without “macho men” to do the fighting, our politicians might be more skeptical about longterm foreign interventions and stretching our forces even thinner than they currently are.

We probably won’t see how Top Gun: Maverick impacted recruitment numbers anytime soon, but what do you expect to happen? Will we see a new boom like what occurred in 1986 or has America changed too much since then?