HomeVideoWhere is the Remake Streaming?
Video

Where is the Remake Streaming? 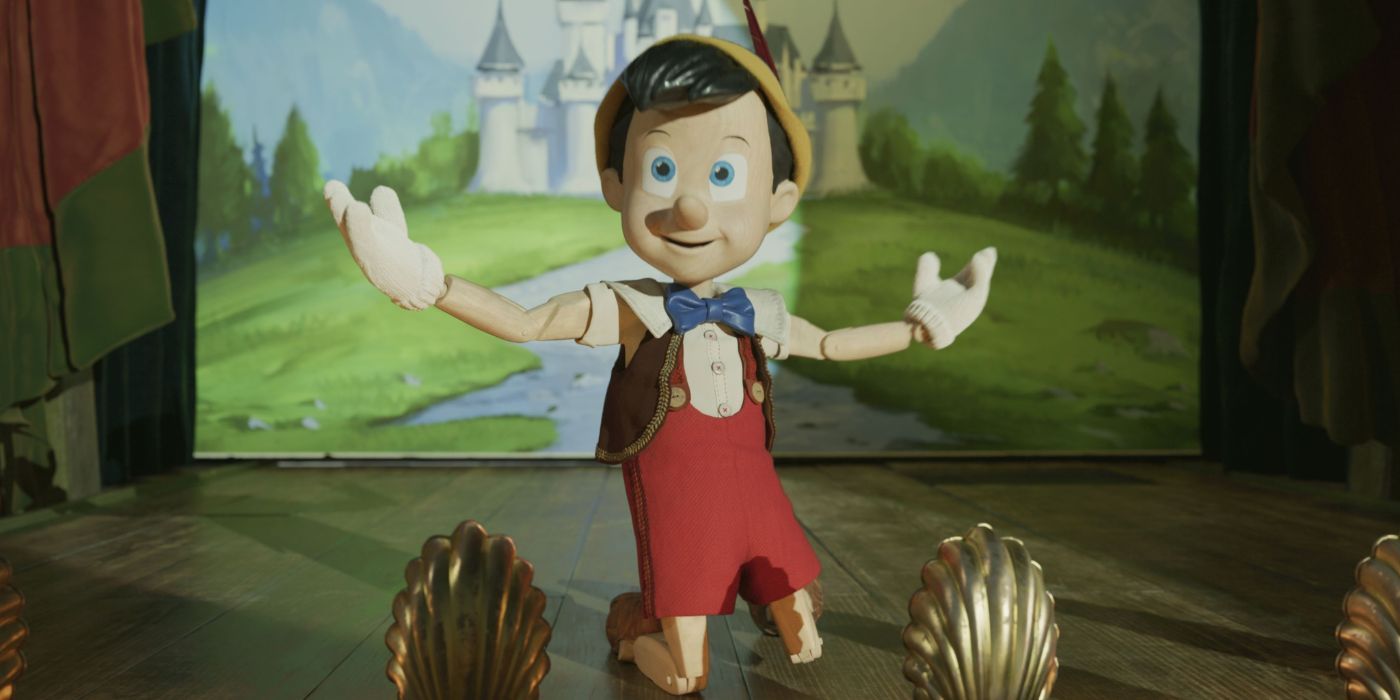 As one of Disney’s most recognizable names, Pinocchio is an icon of animated cinema. The legacy of the world’s most famous liar spans over 80 years and countless generations, making it one of the most successful franchises in Disney’s back-catalog. Even for those who have never seen or heard of the film, Pinocchio is so engrained within popular culture that it is almost impossible to not at least have heard the name. With that being said, it has taken a surprising amount of time for Disney to get around to remaking Pinocchio when one considers the trend of Disney remakes over the past decade.

The tale of Pinocchio is one that transcends media and can be considered folklore within many communities. The original Disney film from 1940 exists to teach children the dangers of lying, creating the most famous lie-based metaphor ever to exist within popular culture. Who hasn’t been told at some point that if they lie their nose will grow? This film in fact derives from an Italian book called The Adventures of Pinocchio published in 1883. Alongside the titular puppet/real boy (Dickie Jones) are Geppetto (Christian Rub) and Jiminy Cricket (Cliff Edwards) who plays the embodiment of Pinocchio’s conscious. Jiminy Cricket has since also become a pop culture icon, leaving fans, at the announcement of the 2022 remake, excited to speculate about who would be playing the character. Alas, we are mere weeks removed from our first viewing of the film so, with that in mind, here is a comprehensive guide on how exactly to watch Pinocchio.

Where Can I Watch Pinocchio?

It will come as no surprise that Disney’s latest rehashing of an animated classic will be streaming on Disney+. As is the current trend in modern media, the biggest releases are often choosing to snub the theaters in favor of subscription platform launches. Upon the initial announcement, the plan was to release Pinocchio into theaters but, due to the COVID-19 pandemic, it was reported in December 2020 that this would be changed to an entire Disney+ release. The film will be launched on Disney+ on September 8th, 2022.

Can I Watch Pinocchio Without Disney+?

Unfortunately, it is a requirement to have a subscription to Disney+ in order to watch Pinocchio. Access to the platform can be acquired for $7.99 a month or an annual fee of $79.99, a price well worth paying to watch what is promising to be one of Disney’s greatest remakes to date.

What Is Pinocchio About, and Who Is in It?

The plot of the film is intended to be very similar to the 1940 original. This isn’t to say there won’t be originality, with some of the most innovative artists playing a part in the film’s creation. Director Robert Zemeckis directed the film and is famous for creating some of the most aesthetically pleasing films of the last 40 years. Also, it is reported that he is the reason that long-term collaborator Tom Hanks is playing the role of Geppetto. There are many other household names in the film too, with Joseph Gordon-Levitt voicing Jiminy Cricket and Cynthia Erivo playing The Blue Fairy to name just two. Luke Evans also appears in the film as The Coachman, with his experience in Disney remakes sure to pay off in his portrayal.

The casting directors have not shied away from getting some of the biggest names in acting onboard with this project, adding another strong string to Pinocchio’s bow that gives it the chance of being one of the most unmissable movies of the year. The choice to keep the plot similar is key to the success of Disney’s remakes, but, although it is confirmed to contain the classic song “When You Wish Upon A Star” which has come to be Disney’s makeshift anthem, we are expecting a new score for the film with the potential for original songs too. Disney has a history of creating fantastic music alongside its pictures, so the excitement surrounding Pinocchio’s soundtrack is no different. On May 31st of this year, a teaser trailer dropped for the first time which gave fans a first look at what to expect from the film.

What Can I Do Whilst I Am Waiting?

Luckily, for those who are eager to watch Pinocchio but can’t quite wait until the last few weeks, the legacy of the film has led to many different options to watch in the run-in to the premiere.

Of course, the first and most obvious place to consume Pinocchio content is with the original itself. The tale is as old as time and, to this day, stands up as a wholesome family film that any generation can enjoy. The film is available on Disney+ and can be added to the plethora of reasons one may choose to subscribe to the platform. As mentioned previously, the plot of the remake of Pinocchio is seemingly the same as the original, so diving into the 1940 version may be helpful before watching the upcoming release.

It may be a good idea to bathe in the abundance of options Disney+ has to offer once you have subscribed in time for the release of Pinocchio. In recent years Disney has been putting in large efforts to remake live-action versions of their classic films such as Beauty and the Beast, which also starred Luke Evans, and The Lion King. Fans of all things Disney have been raving for a long time with regard to these remakes, so they are sure to get the juices flowing in time for the Pinocchio premiere.

On top of the 2022 Disney live-action remake of the film, Netflix and Guillermo Del Toro are behind a animated retelling of the original which stars the likes of Ewan McGregor and David Bradley. Unfortunately, fans will have to wait longer to experience this version of the tale, with the theatrical release scheduled for November 2022 with a further release onto Netflix in December 2022.