HomeVideoThe 10 Most Memorable Players Ever (And Why)
Video

The 10 Most Memorable Players Ever (And Why) 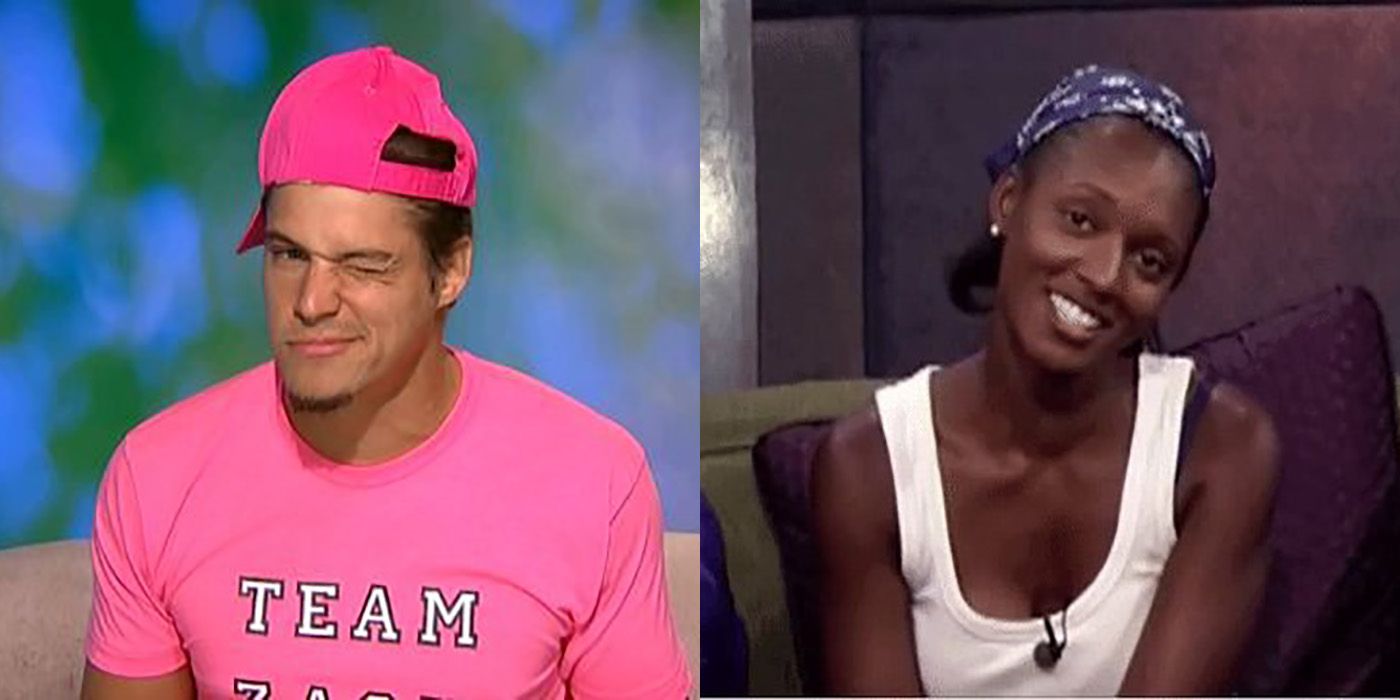 Big Brother has had some memorable players in its 24 seasons to date. Each has been part of memorable scenes, from Dan Gheesling’s The Funeral speech to, more recently, the formation of The Cookout alliance in season 23.

While some players are memorable for a time, others have had staying power from the beginning. There are so many houseguests worthy of the “memorable” designation, like Paul Abrahamian, Cody Calafiore, Cody Nickson, Tyler Crispen, and Rachel Reilly. But the players who immediately come to mind when thinking about Big Brother are the most memorable, often for a very specific reason.

Dr. Will Kirby might not be the most beloved player, but he was one of the first-ever villains on the show. He is also arguably the biggest name associated with the American version of the game. It’s no wonder, then, that Will is among the most expensive former Big Brother houseguests on Cameo. Why he’s so memorable is because of his ruthless gameplay, which has been copied time and time again since. Because he was from an early season, Will was the first to do some of the things he did, making the moves all the more shocking.

He played for himself, and if that meant lying, backstabbing, and even telling fake stories, that was all par for the course for Will. It’s a game for a million dollars, after all. His Chilltown partner in crime Mike “Boogie” Malin was memorable as well, but it was mostly because of his alliance with Dr. Will. It was really Will who set the stage for other greats who came after him.

An important part of Big Brother is the diary room confessionals, where producers chat with the houseguests behind closed doors, and they can openly discuss how they are feeling, what they are thinking, and recap events that just transpired. Lately, the diary room sessions have been used more for scripted commentary and summarizing competitions or situations.

But back when Britney was on the show, she made the diary room confessionals memorable, fun, and one of the best parts of each episode. From her imitating Rachel and mocking Brendan to simply saying exactly what viewers watching at home were thinking, she was one of the most relatable houseguests ever on the show. It was Britney’s wit, cleverness, delivery, and sarcasm that had fans in stitches every time she was on screen.

When it comes to the best villains that fans loved to hate on Big Brother, Dick Donato takes the cake. He even had the nickname “Evel Dick” while in the house. He was crass, blunt, and strutted around the house with a no-care attitude. But fans appreciated the confidence, honesty, and rebellious nature. He was unapologetically himself, and if he was thinking something, he would say it. He didn’t need secrets.

There’s something to be said for a strong social game, and Dick lacked that. Yet he still managed to win his season, together with his estranged daughter Danielle making it to the final two. His scenes, including his fight with Jen in the backyard, and his overall rough-around-the-edges look, make Dick stand out amongst a sea of cookie-cutter players.

Janelle stands out for several reasons on the show. It’s clear Janelle was a fan favorite from the beginning: during her first season, she won every America’s Choice award. But the reason she is so memorable is because of her amazing performance in competitions.

Janelle held several records on the show, including being the first female to win more than two POVs in a single season. She also had the most individual competition wins in a single season at nine, including four HoHs and five POVs. Additionally, Janelle had the record for the most individual competition wins across multiple seasons, with six HoHs, tied with Rachel Reilly, seven POVs, and two coaches competitions for a total of 15. Her record, not including the coach’s competitions, was eventually broken by Paul Abrahamian.

6 Danielle Reyes (Season 3, 7): Runner-Up Who Should Have Won

It was Danielle and her game in Big Brother 3 that set the stage for one of the most important aspects of the game: sending the jury to be sequestered until the end of the show, unable to watch the episodes until after they voted. Widely named as the most notable Big Brother runner-up who deserved to win, including by her former housemate Dr. Will Kirby, Danielle played one of the best games ever on the show. But her diary room confessionals revealed the cockiness in her moves and the way she played others, which didn’t sit well with the jury.

Danielle was one of the first, if not the first, to introduce the idea of a secret two-person alliance between two very different people the house would never think would be working together. She managed to place 6th when she returned in season 7.

Dan Gheesling has been said to have had the best game ever on the show, winning once and making it to the final two twice, something that has since been repeated by Paul Abrahamian and Cody Calafiore. He also never received a vote to be evicted through both times on the show. He even won the first time by unanimous vote, the first player to ever accomplish that.

Among his most memorable moves, including tricking Danielle into saving him, was The Funeral speech. After being held in solitary as a punishment, Dan concocted a plan to deliver a heartfelt speech he called his funeral in the game. The idea was to tug on the heartstrings of the remaining houseguests and make them second-guess their allegiances and decisions through subtle, veiled but suggestive comments. It worked, saving him when he was otherwise going to be evicted.

It’s always good to have someone with a fun and lively personality in the house, and Zach was just that. One of the funniest Big Brother players ever, his bromance with Frankie Grande had fans loving every minute of the odd couple. His sideways, bright pink hat and contrasting loud-colored T-shirts and tank tops were reminiscent of The Fresh Prince of Bel-Air.

While he sometimes got into conflict with others, doling out insults, he was so creative in his verbiage (think “Fruit Loop Dingus”) that it was difficult not to laugh. Zach was one of the most entertaining players ever to watch in the game, and one that fans wish would return.

Derrick is memorable as one of the best to have ever played the game, using his skills as a detective to read people and strategize quietly in the background. Having worked undercover in the past, this came as second nature to him.

Derrick played a clean game, never getting his hands dirty. He never got into conflict with anyone, and had conversations with all sides of the house, casually planting seeds that not only suggested what they should do but also kept him off everyone’s radar. He kept Cody, a competition beast, close as his number-two and that helped bring him to the end. He played a perfect puppet master game with a balance of strategy, skill, and social game that presented like a master class in Big Brother.

Like Britney, Da’Vonne was one of the more relatable players on the show, speaking the truth at all times, and saying what everyone else was thinking. She was witty, funny, and clever. She spoke up for herself, and while she initially got a bad reputation for starting the conflict, Da’Vonne later expressed her disappointment with this view and the way she was being perceived.

After returning, even though Da’Vonne is considered to be one of the most disappointing returning players on Big Brother, according to Reddit, she achieved what she set out to do by coming back for All-Stars. Da’Vonne redeemed herself and spoke up for both women and Black women, shedding light on the fact that she was blamed if she stood up for herself when she was attacked. And even when she didn’t engage, she’d come out looking like the bad one. Her arguments, but also her most vulnerable moments, such as her heart-to-heart with Kaysar in All-Stars, are what makes her memorable.

Nicole Franzel has been memorable for several reasons. One is the fact that she seems to receive the unitard costume punishment every season she’s on. She has dressed like everything from a traffic cone to a frog to a German-themed outfit, complete with beer stein that she had to keep full at all times.

She is also known for having a showmance in almost every season she was on. In season 16, she was paired romantically with Hayden, while in season 17, she had a showmance with Corey. She then went on to date Victor, also on season 17, after the season ended. Now married to Victor, they were engaged at the time she appeared in season 22.

NEXT: 10 Fakest Things About Big Brother, According To Cast And Crew

The 10 Most Terrifying 2022 Movie Villains

Deepfake Company May Have Used 34,000 Images of Bruce Willis’ Face, but They Don’t Own It