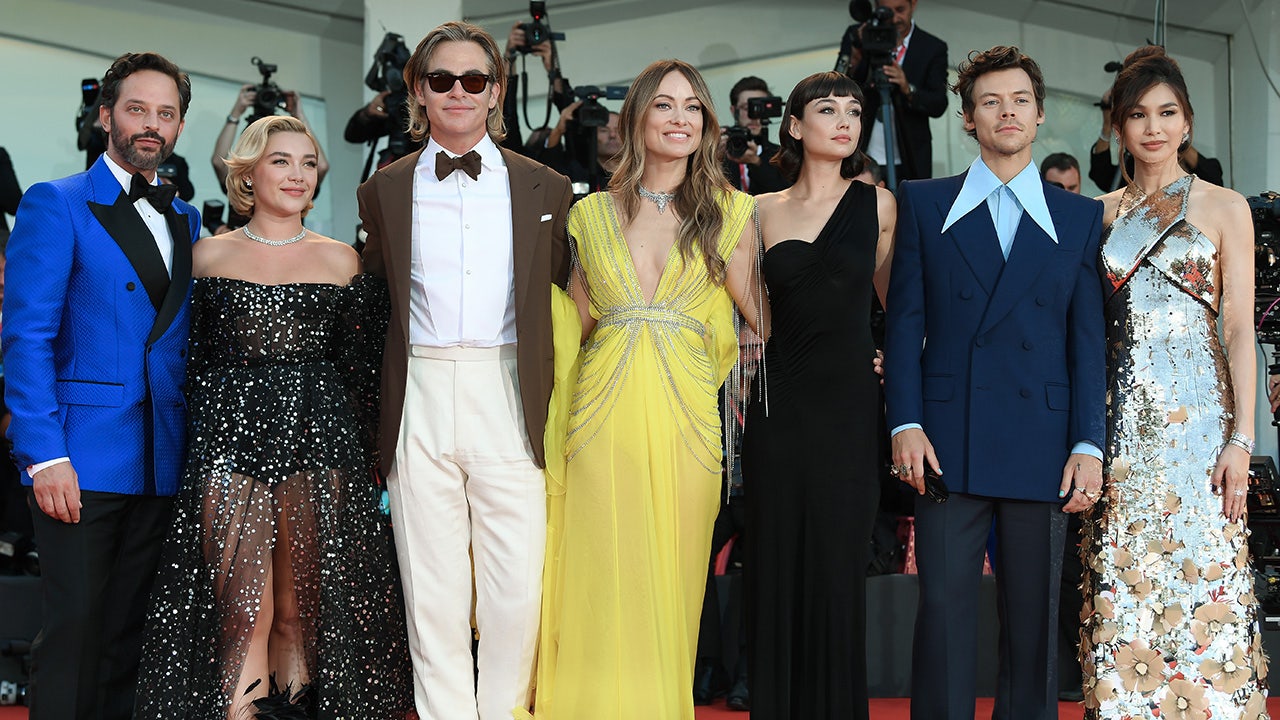 Florence Pugh took to Instagram to praise her “Don’t Worry Darling” co-stars as news was reported that she will not be attending the upcoming press Q&A in New York on Sept. 19.

Pugh shared several images on Instagram with the cast from the Venice Film Festival, which took place on Monday.

“I’m still taking it all in!” she began her caption. “A massive congratulations to everyone standing on that carpet. We premiered in Venice! A huge wonderful win in itself. I’d never been to Venice Film Festival before.. It was mega! The crowds! The cheers! The energy was incredible.”

She continued: “And to all the cast and crew as well who helped to make this movie, thank you for all of your hard work. We genuinely wouldn’t have been there without your talent and we appreciate it hugely.”

Making an appearance in Pugh’s post was actor Chris Pine snapping shots of his fellow co-stars as they took the red carpet in Italy on Monday.

“I also just can’t help but post how bloody cute and hilarious Chris Pine is for being the no.1 photographer, getting down on white pressed trousered knees for angles,” Pugh concluded her caption. “now that’s dedication. Love you Chrissy.”

Variety reported on Wednesday that the reason for Pugh’s absence at the upcoming “Don’t Worry Darling” press Q&A is unknown but noted that she is currently filming “Dune: Part Two,” which was the reason for her late arrival at the Venice Film Festival.

The “Midsommar” actress has avoided a lot of press surrounding her upcoming film. On Monday, the actress was notably missing from the Venice Film Festival’s press conference as she was on a flight leaving the “Dune: Part Two” set.

During that press conference, the film’s director, Olivia Wilde, dodged questions about the pair’s rumored “falling out.” When asked about the controversy, Wilde responded, “Florence is a force, and we are so grateful that she’s able to make it tonight despite being in production on ‘Dune.’”

She continued: “I know, as a director, how disruptive it is to lose an actor even for a day, so I’m very grateful to her, to Denis Villeneuve, for helping us. And we’re really thrilled we’ll get to celebrate her work tonight. I can’t say enough how honored I am to have her as our lead. She’s amazing in the film.”

Wilde concluded: “As for all the endless tabloid gossip and all the noise out there, I mean, the internet feeds itself. I don’t feel the need to contribute. It’s sufficiently well nourished.”

Wilde has been dominating the headlines leading up to the release of “Don’t Worry Darling.” Wilde shared in a recent interview that she fired Shia LaBeouf, who was originally cast to star alongside Pugh in the film, in August 2020. LaBeouf was replaced by Harry Styles.

LaBeouf refuted the claim and said he quit the film two years ago. He shared a video of Wilde begging him to stay on the film. In the shared video, Wilde is heard saying, “You know, I think this might be a bit of a wake-up call for Miss Flo.”

Janelle Ash is an entertainment writer for Fox News Digital.