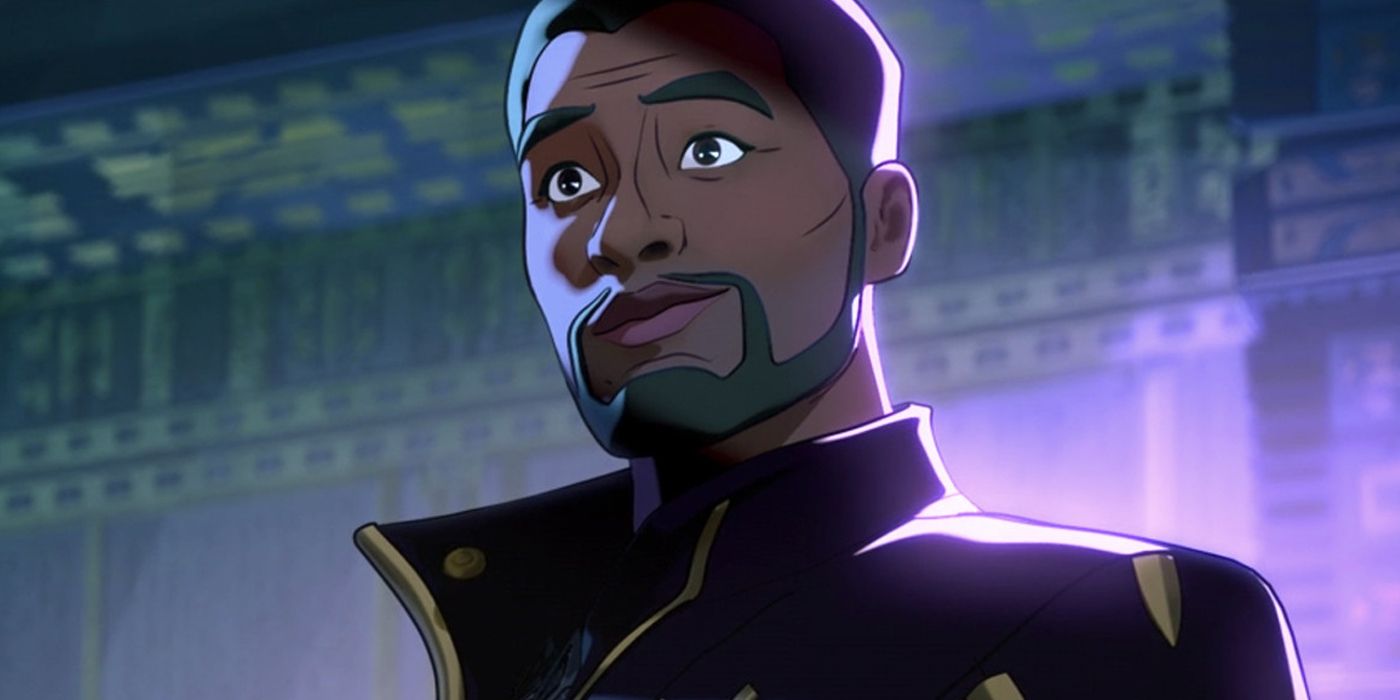 As you gear up for NYCC next month, you’ll be glad to know (or sad, depending on how much money you saved) that Marvel fans are getting a special treat, courtesy of Loungefly, Funko’s lifestyle brand. Loungefly shared exclusively with Collider a new thematic backpack and zip-around wallet that center around the Marvel Cinematic Multiverse: More specifically, the second episode of Marvel animated series What If..?, in which T’Challa (voiced by the late Chadwick Boseman) becomes a Star-Lord.

Loungefly provided Collider with a first look at the backpack, and we can now share it with you. The mini-backpack simulates the helmet of T’Challa Star-Lord, and get this: The helmet’s eyes light up with LED lights, so it’ll look even cooler as you exit NYCC every night. The body of the backpack portrays the metallic gold details of T’Challa’s Star-Lord suit. Turn the bag around, and you’ll find the words “What If…?” debossed on the back. Loungefly reminds you that the accessory has plenty of room to store your essentials as you restore the safety of your world, but underscores that you need to act fast: Supplies are limited. The mini-backpack will be sold for $90.

The zip-around wallet also takes the form of T’Challa Star-Lord, but instead of the helmet, the accessory’s front bears the purple and black suit of the superhero from another dimension. In the back of the wallet, you’ll find the words “T’Challa Star-Lord” debossed in a stylized font, as well as a plaque with the brand and the Marvel series’ title. The zip-around bag has four slots for holding cards and a clear slot for holding ID. As with the mini-backpack, though, you’ll have to move fast at NYCC to get yours, since the supplies are also limited. The price for the zip-around wallet is $40.

RELATED: ‘What If?’ Director Says Seasons 2 and 3 Will Get Wackier

The Loungefly items complement the Funko experience at NYCC. Aside from the exclusive items that fans will be able to purchase at the event, Funko is hosting a haunting booth experience called “Frightmare on Fun Street,” which celebrates Halloween with a costume party and celebrity appearances.

What If…? is an animated series that takes place in the Marvel multiverse and imagines what the world would be like if some of its stories played out differently. Episode 2, titled “What If… T’Challa Became a Star-Lord”, depicts what would happen if, instead of abducting Guardians of the Galaxy‘s Peter Quill (Chris Pratt) in the 80s, the Ravagers took the future king of Wakanda. What If…? has performed so well with subscribers that Disney+ has already renewed the series for Season 2 and Season 3. The second season is expected to premiere in early 2023.

Check out the mini-backpack and zip-around walled below:

You can stream all episodes from Season 1 of What If…? on Disney+.