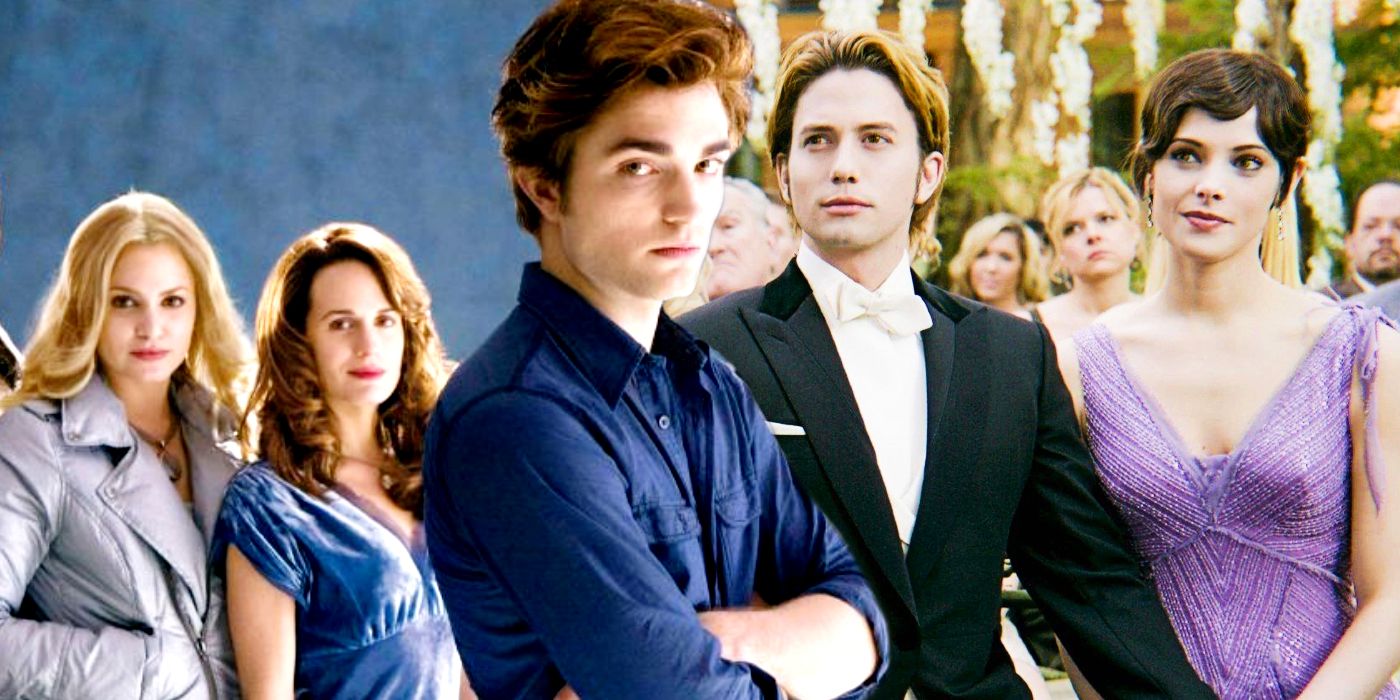 The devotion to Twilight was always strong, but since the resurgence of the series, it has become more popular than ever. New nuggets of information about the movies make big news now and then, the latest being that Taylor Swift was interested in doing a cameo in New Moon.

While this may sound like a wild fan-cultivated crossover, it is in fact, true. However, outrageous fan theories about Twilight and its fan-favorite characters are all over the internet, especially on Reddit, and they cover everything from Bella’s humanity to the specific species of vampirism of the Cullens. Some of these postulations can get shocking!

Looking at all of Bella’s traits and abilities that she possessed as a human, many fans think that she had to have come from a hybrid or a line of vampires, which was why she was so attracted to them.

She could “smell blood” as a human, which made her sensitive to it. Unlike other humans whose instincts told them to run from the Cullens, Bella was drawn to them and didn’t mind their inexplicable coldness or edge. Her dreams about Edward were also prophetic. This was why Trollhumper thought “When we learned that the hybrids existed, I started to think that reveal is coming and it’ll turn out that Bella has a vampire among her distant ancestors.”

8 The Swans Were Quileute Or Makah

The Swan family may seem innocuous, except for Bella who became a part of the vampire world, but all signs point to a supernatural origin for the little Swan trio as well. Fans reckon that they belonged to one of the shapeshifting tribes since they were kindred spirits with the Blacks.

Charlie couldn’t ever leave Forks, which could be because of ancestral attachment to the land. He was friends with Billy and Harry, married Sue, and “Bella’s the only outsider to ever hear the tribe’s stories even after being clear that she’ll soon be a vampire,” as Llewellyn26 said. All imprintees also are supposed to have wolf blood, which would mean that Renesmee had a bit of wolf in her too.

7 Bella Was A Succubus

There were many things about Bella that fans couldn’t get over, but the theory that she was a succubus is the wildest thing. -Graff- thinks “Bella may have some magical qualities which humans don’t have.”

Since the moment Bella entered Forks High School, she was the center of attention. Men doted on her, of all kinds, be they vampire, werewolf, or even human. People always wanted Bella around, even though she was a seemingly ordinary human female. Her blood sang to Edward, yet she was unique because he could not read her mind. All of this points towards the theory that Bella was, in fact, a succubus.

It was canon that vampires who drank human blood (like conventional vampires) had red eyes, and the Cullen and Denalis who drank mammal blood had yellow irises. Kunstprodukt hypothesizes that if vampires drank the blood of other vertebrates, their eyes would turn different, luminous shades.

They said “I would imagine the vertebrate classes colors like: amphibian: lime green, birds: brown with blue strips, fishes: really really light blue. More light than husky eyes and reptiles : maybe purple or green and purple.” Since no vampire in the Twilight universe drank from these animals, nobody would actually know.

Reddit’s MassageToss theorized “We know from Midnight Sun that Bella’s mom Renee had a special gift to make people want to take care of her, and sacrifice for her… I think Renesmee inherited that special ability.”

They reasoned that every member of the Cullen family never left her by herself, let alone put her down at any time of the day. They were ready to lay their lives on the line for her, which then also extended to the wolves through the imprint. All the vampires that were Carlisle’s friends also instantly agreed to sacrifice themselves, despite hardly knowing Renesmee.

4 The Wolves Smelled Because Their Animal Selves Didn’t Shower

Twilight‘s werewolves had an enmity with the vampires of the olfactory kind — neither species could stand each other for too long because they could smell the “stench” off of each other. While these were most likely just supernatural pheromones, AdDifficult7408 amusingly thought it was because in their wolf forms, Jacob and his pack did not bathe, so even though their human forms did, it was the lack of furry showers that caused this.

They said “Despite their human forms showering, the wolf form never did (and it’s inside of them). Humans can’t smell it, but vampire sense of smell is much stronger than a human.”

3 Bella Was In A Cult Of Imaginary Vampires

A truly creepy and outrageous theory by CapriciousSalmon imagines that there were never really any vampires or werewolves at all — Bella was just stuck in a cult where people tried to be immortal and drank blood, and that Jacob was the enemy because he was trying to get her out of it.

Bella was an unreliable narrator who had become part of cult activities, and “She doesn’t want to admit she’s stuck in a cult she can’t escape, so she lies to herself and says she’s a vampire or her families are ones, too.”

2 Bella Had Been Transitioning Since The First Book

For a newborn, Bella was notably controlled and strong, especially around fresh blood. Redditors like wistfullywarm theorized that this was not normal at all, and probably happened because she had been exposed to vampire venom right from the end of Twilight, which Edward sucked out of her.

While he managed to get it out of her, the venom must have started a slower transition for Bella, which was then sped up by the venom that Renesmee supplied to Bella from the womb. “So in all I think that Bella was already transitioning into a vampire for the better part of a year, which helped in her bloodlust when she finally did become a newborn”

1 The Vampires Were Actually Faeries

Even though the Cullens were certified vampires, some of their attributes lined up perfectly with another supernatural being: the faerie. As GodEmperorofHell put it succinctly, “They Sparkle, They live in the woods, and in folklore, the Sidhe and Boabhan Sidhe drink blood. They are also unusually beautiful.”

Faeries are also known for their strength and fascination with a single person like the Cullens were always prone to being. They weren’t vampires at all, potentially.