HomeVideoWhere Is Valinor in Middle-earth?
Video

Where Is Valinor in Middle-earth? 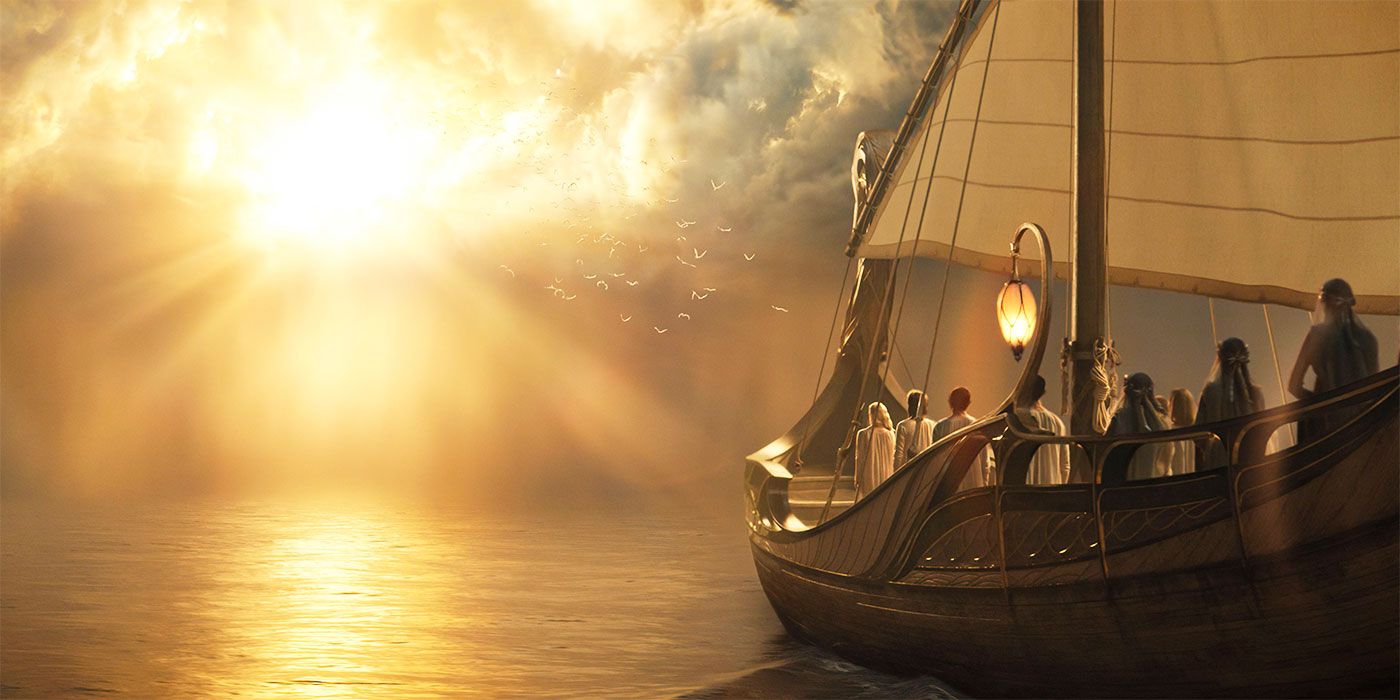 Editor’s note: The below article contains spoilers for The Lord of the Rings: The Rings of Power and Middle-earth lore.

In the first episode of The Lord of the Rings: The Rings of Power, we get a flashback scene in which a young Galadriel (Amelie Child Villiers) wanders through Valinor, a blessed region that’s supposedly free from evil. In Episode 2, the adult warrior (Morfydd Clark) is granted the honor of traveling back to Valinor from Middle-earth, a journey that’s only permitted to the most honorable Elves. Valinor, also known as the Undying Lands, is also mentioned in Peter Jackson’s The Lord of the Rings trilogy as the final destination for Elven kind. But where exactly is Valinor? And how is it connected to Middle-earth? Well, it depends on which Age we are.

RELATED: ‘The Lord of the Rings: The Rings of Power’ Review: A Stunning Adventure in Perilous Middle-earth

What Is Aman, the West Continent?

Middle-earth is but a single continent in a more expansive world named Arda. In the beginning, the world was forged by emissaries of Ilúvatar, the One God, who were tasked to use their power to create everything that is. These emissaries are known as the Valar, divinities that can remodel the world to their will. Long before even the First Age of Arda, the world was flat, with an apparently infinite sea extending in all directions and encircling the landmass formed by Middle-earth, the Western continent Aman, and other distant lands where no sentient life exists.

After their first battles against Melkor, an evil Valar who sought to twist creation to his will, the gods moved from Middle-earth to Aman. There, they built great kingdoms, grew the Trees of Valinor, and turned the continent into a shelter for immortal beings that wanted to experience peace for all eternity. So, once Melkor was defeated and restrained, the Elves were invited to move to Aman, where they could enjoy the pleasures of Valinor, the lands of the Valar. However, once Melkor escapes, attacks Valinor, and steals the Silmarils, a great part of the Elves goes back to Middle-earth to fight the Dark Enemy.

Valinor remained separated from Middle-earth during the First and Second Age of Arda, serving as a refuge for Elves that wished to return home. And after all the bloodshed of the Wars of the Jewels, the Elves treat the journey back to Valinor as the greatest honor bestowed upon one of their kind. Valinor, however, remains inaccessible to Men and other mortal creatures.

At the end of the Second Age (and here we might have spoilers for much later on in the series), Sauron poisoned the Men of the island of Númenor with ideas of immortality. Deciding to conquer the Undying Lands and challenge the Valar themselves, the Men of Númenor sail towards Valinor, an act forbidden since the kingdom’s creation. To stop the threat of Men, Ilúvatar himself intervened, destroyed Númenor forces, sunk the entire kingdom under the sea, and reshaped the world. To prevent Men from ever trying to reach Valinor again, Ilúvatar bent the world, so it would become round, removing the continent of Aman and letting it float in the far west. Elves, however, are still granted passage to Valinor through a secret path in which their boats keep moving forward on the horizon instead of following the curves of Arda. If The Lord of the Rings: The Rings of Power does tell the whole history of the Second Age, we are bound to see Valinor and Aman being removed from Arda, just as the whole planet becomes round. That will be a wacky episode!

The first two episodes of The Lord of the Rings: The Rings of Power are streaming now on Prime Video. New episodes become available every Friday.