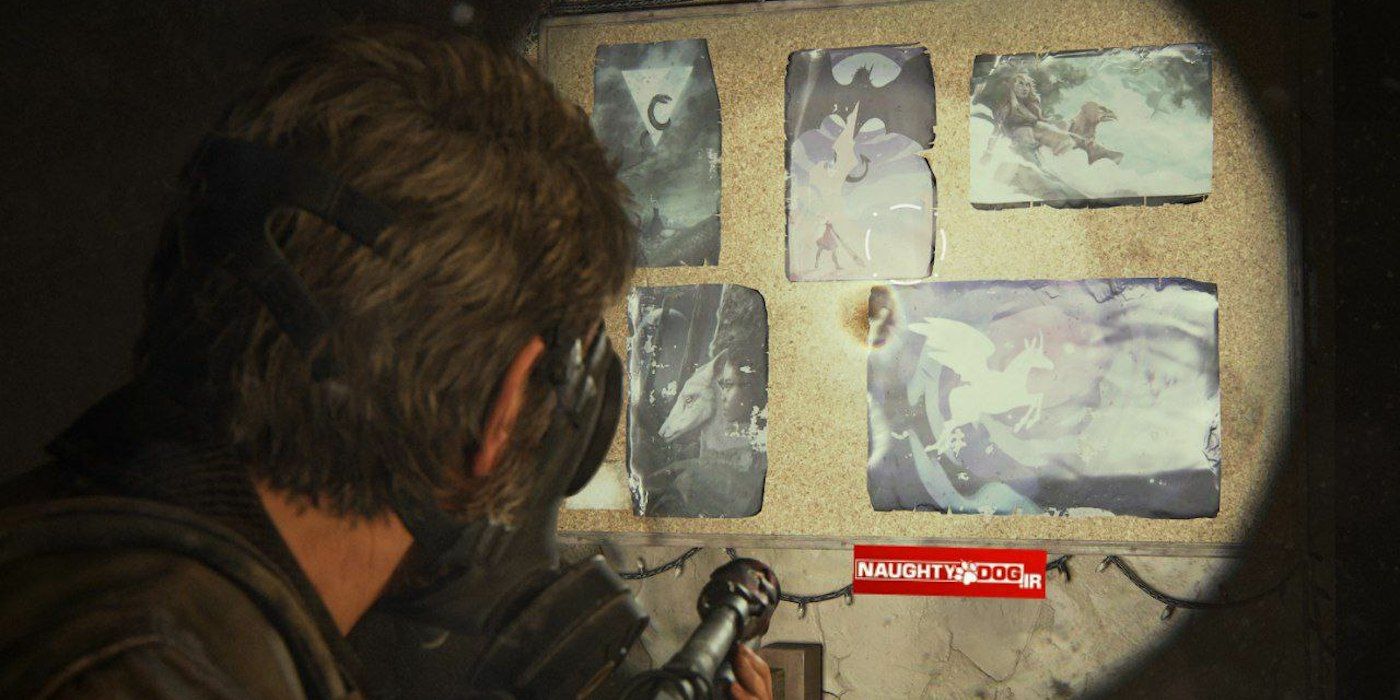 New images added to The Last of Us Part 1 depict dragons and unicorns, suggesting that Naughty Dog’s next project may be a fantasy game.

Fans believe that a collection of new artwork found in The Last of Us Part 1 may be teasing the next game from Naughty Dog. The newly released remake is a total overhaul of the 2013 post-apocalyptic adventure, complete with gorgeous new character models and improved gameplay systems. New features in TLOU Part 1 serve to flesh out Joel and Ellie’s iconic adventure, but other additions may hint at Naughty Dog projects yet to come.

Founded in 1984, Naughty Dog has been creating games for over 30 years. The developer’s first big hit was the 1996 platformer Crash Bandicoot, which led to two subsequent sequels and the racing spinoff Crash Team Racing. After the conclusion of the Crash series Naughty Dog released Jak and Daxter in 2001, which also spawned two sequels and 2005’s Jak X: Combat Racing. In recent years Naughty Dog had become renowned for Uncharted and The Last of Us, two third-person shooter series with wildly contrasting tones. Back in February the developer teased three new Naughty Dog games currently in development, and The Last of Us Part 1 may hint at one of them.

The Twitter account Naughty Dog Central recently shared images from The Last of Us Part 1 that might hint at Naughty Dog’s next project. The brand-new art, which was added to a corkboard in the recent remake, seems to depict various creatures and characters within a distinct fantasy setting. The images portray unicorns and dragons, while one particular piece of art shows a woman with a otherworldly animal companion. This Last of Us Part 1 board also bears the Naughty Dog logo in the bottom right corner, adding fuel to the rumor that these images are teasing the developer’s next game.

The Last of Us Part 1 Adds Suspicious Fantasy Art

While the images added to The Last of Us Part 1 suggest that Naughty Dog is developing a fantasy game, a TLOU2 multiplayer concept image was already revealed back at Summer Game Fest in June. Originally intended as an online component of The Last of Us Part 2, the game has since been expanded into a standalone multiplayer experience set in the post-apocalypse. Naughty Dog has stated that the online title will be on-par with its single-player offerings, and the game will likely be the developer’s biggest project to date.