HomeTechnologyironSource: It's impossible to predict what will work where | Pocket Gamer.biz
Technology 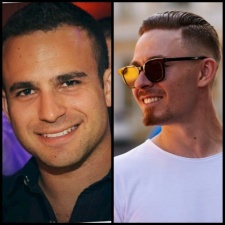 As the mobile gaming market becomes increasingly diverse, it can be hard to stand out from the crowd.

We spoke to ironSource subsidiary Supersonic Studio‘s director of publishing Nir Regev and publishing team leader Mark Ratchin about the success of Turkish hyper-casual development studio Garawell Games, what lessons developers can learn from the company’s success, and the different advertising approaches needed for individual platforms.

Garawell Games has had a tremendous run of hits, translating direct, immediate experiences into prolific hyper-casual titles. What distinction do Garawell titles have over other games in the genre that accounts for this repetition of successes?

Mark: It all comes down to taking an analytical approach to game ideation and Garawell Games has got it down to a T. The first step is finding the right concept that can turn into a hit, and there are so many ways to get inspiration. It could be anything, from looking at what’s selling online, to which TV shows are popular, to taking a brain break so that you can relax and feel refreshed. Going back to Garawell Games, once they’ve decided on their concept, they excel at uncovering how to best adapt the game and enrich its gameplay to keep players engaged. They’re also talented in finding a game mechanic that works and then adapting the idea for other games. For example, Color Match was inspired by a game about school experiments which included a color matching element. There are often lots of ways to play the same game and they’ve mastered how to make the most out of a winning formula.

There are often lots of ways to play the same game and they’ve mastered how to make the most out of a winning formula.

Bridge Race and Color Match are very different experiences. How important is it for a studio to diversify its output?

Nir: This totally depends on the studio. When a studio diversifies their ideas, it gives them a wider range of options for their next game. But that doesn’t necessarily increase their chances of publishing a game. Some developers, like Pau Rau, are excellent at adapting existing games into new game experiences. For example, they took the mechanics from their first hit “Move People” and adapted it into a new narrative for their latest hit “Move Animals.” If you take the right analytical approach to your game development, it doesn’t matter if you’re making gameplay iterations from the same sub-genre or working on a totally different sub-genre every time – you’ll be more likely to succeed.

Some of the adjustments made to Bridge Race include the inclusion of sound effects and overall polish. How common is the implementation of elements that might be standard in other genres, and how frequently do they contribute to reducing CPI?

Mark: Special effects often positively affect the KPIs of a game and its ad creatives, yet they’re not mandatory (and generally not recommended) for the initial phases of a game’s launch. First and foremost, it’s important to nail the basic gameplay – how will the characters move, what’s the camera angle, what’s the goal of the game, how do the controls work, and all those basic questions. Once the game has proven itself with a competitive CPI and retention, then it’s time to refine it and make enhancements with special effects, both in the ad creatives and in the game itself. However there are instances where special effects are a must from the get-go, for example in channels like Tik Tok where including sound in the ad creative is mandatory.

A large number of prototypes isn’t necessarily a bad thing.

Prior to Bridge Race’s launch, Garawell had between 50-60 prototypes to showcase. And this is a common phenomenon. How can a developer reduce this number and achieve a hit game more quickly?

Nir: A large number of prototypes isn’t necessarily a bad thing. It’s better to stop wasting time on a game that won’t be a hit than get attached to it and not move onto a game with real potential. Actually, there’s a crucial turning point when deciding which games to launch and which to cut. We even created a marketability tool for this stage, which quickly tests prototypes and provides an answer on which games to confidently launch, taking the unpredictability out of the decision. What it comes down to is data and not your gut feeling.

If a developer comes to us with prototypes in their portfolio that didn’t reach the necessary KPIs, we may decide to adapt the game by adding an innovative twist to the core mechanic, changing the theme, or editing a main element inside of the game. For example, Bridge Race originated from the game Ball Fighters but with several twists. Along with many adaptations, we redesigned the game with trending elements, like bricks instead of balls, as well as changing the flow of the levels to generate a feeling of constantly being present in the game – this drastically increased player engagement. Then we run it through our marketability tool for the go/no-go answer.

Best case scenario, of course, is that more prototypes pass this test. And the more a studio gains experience the better they get at choosing a concept that works well, and identifying games that will work both marketability and in-game metrics wise. Though let’s put it out there – luck plays a huge part too.

What kind of difference in engagement have Garawell titles had between the Apple App Store and Google Play Store, if any?

Mark: Both app stores are inherently different and so all games perform differently on them – this isn’t unique to Garawell Games. Different icons and ad creatives are needed, and different game hooks. And it’s impossible to predict what will work where. So it’s crucial to run lots of A/B tests, find the sweet spot for that game and then adjust accordingly.