HomeVideo9 of The Best Movies About Running
Video 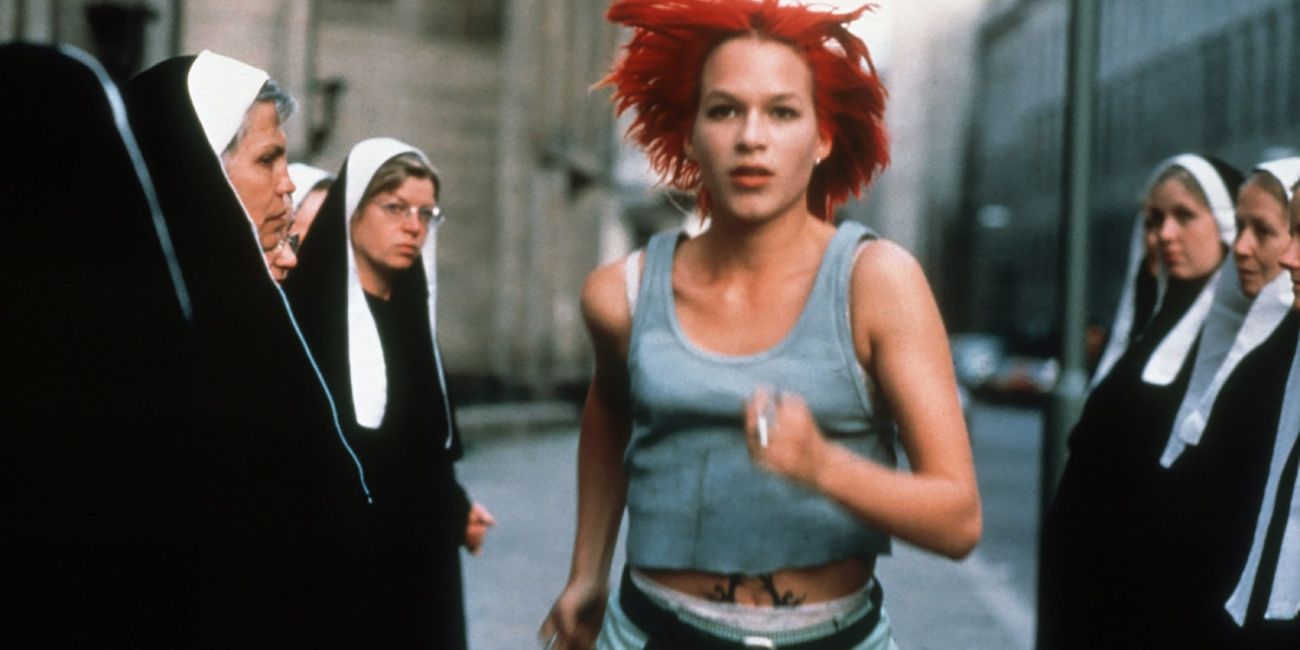 Watching a movie couldn’t be a more different activity than running. One involves sitting in a dark room, usually completely still, and the other involves going outside and either burning a high amount of energy over a short distance, or burning even more energy over a longer distance, and in more time. Just like movie runtimes, there’s no required distance when it comes to the activity; but that’s probably where the comparisons stop.

RELATED: Best Sports Movies of the Last Decade, From ‘Moneyball’ to ‘King Richard’

Still, that doesn’t stop movies from being able to tackle the topic of running, or depicting characters taking part in the activity on-screen. The following nine movies either focus on the act of running, or feature it heavily in the plot somehow. For anyone looking for a little extra motivation to get off the couch and get running outside, they may provide some inspiration.

It should surprise no one to learn that Brittany Runs a Marathon is about a woman named Brittany who runs a marathon. Essentially, she feels like she’s stuck in a bit of a rut, life-wise, and considers training for and taking part in the New York Marathon will lift her spirits and give her a goal to work towards.

As is true in real life for many who take up running, this does work for her, but it’s not without its challenges. The film is thankfully honest about the difficulties of running and the grueling nature of taking part in a run that goes for 26.2 miles, and especially how much work it is to train for one from scratch. Thankfully, it does so whilst also being a pleasant, fun watch, which ensures that watching this small-scale comedy is far more relaxing than running an actual marathon.

Tag follows a group of adults in their 40s who have been playing a game of tag ever since childhood. What started as a game played in the schoolyard or family home backyards now spans great distances, as they naturally live apart, yet still try to get each other “it” whenever they do catch up as adults.

Naturally, there was more running involved in the game when they were younger, given getting older is a theme tackled within the film, and running around at high speeds is harder to do 30 years on from childhood. Still, it captures the running-heavy game taken to extremes, and Tag itself is pretty fast-paced and relentless, so it more than captures the spirit of running (and playing) as a kid.

Forrest Gump has earned a reputation for being one of the most popular movies of all time, being a dramedy that tracks one unique man’s life story, and the way he ends up influencing various historical events throughout his life. Tom Hanks’s performance as the titular man here is one of his best, and it’s an overall entertaining and enjoyable story to see play out.

RELATED: Films That Prove 1994 Was The Best Ever Year For Movies

Part of Forrest’s story involves him being a greatly talented runner from a young age, with it helping him become a star college footballer. Later in his life, he also becomes a cross-country runner for no definitive reason, running almost non-stop for over three years, and running the length of the entire United States several times. His near superhuman endurance inspires people within the film’s world… and might do the same for some viewers, too.

Of course, not every Olympic event covered involves running exactly, but the various track events (sprinting and the like) are given prominent coverage throughout. The film concludes by showing the marathon in all its glory, too, with some fantastic Tokyo scenery, and the amount of time spent on it working well to emphasize the great distance covered, and the immense amount of time the athletes need to spend running.

Breaking2 is a lesser-known sports documentary that might not rank among the very best the sub-genre has to offer, but as far as feature-length documentaries that solely focus on running go, it’s one of the better ones (and admittedly, there aren’t that many to start with).

It covers three of the world’s best distance runners as they attempt to break two hours for a marathon; in other words, run 26.2 miles in less than 120 minutes. It’s an incredibly ambitious goal, and the documentary sets out in detail how they go about attempting it, using advanced running shoes, an ideal, flat, predictable course, and numerous pacers to attempt the goal of “breaking 2.”

Gallipoli is an Australian movie that focuses on two young sprinters who compete with each other before signing up to fight in the First World War. Believing war to be something of an overseas adventure, they find out the hard way that they’re to be used essentially as cannon fodder in a hellish shore invasion of Gallipoli, which is situated in Turkey.

RELATED: The Most Unflinching Anti-War Films of All Time

There’s a lot of running throughout, and even with it primarily being a tragic war movie, those running scenes remain memorable. There’s running in the Australian Outback, through the desert, and then at Gallipoli itself, where young soldiers are forced to run (ie, charge) to their deaths in senseless, bloody combat. It’s certainly one of the more downbeat movies to feature running as an important part of the narrative, but it still counts, nonetheless.

Yes, Rocky is about boxing far more than it is about running. It’s a classic underdog story of one man doing all he can to make a name for himself and win the heart of the woman he loves, even while life beats him down and otherwise gets in the way. And Rocky, the character, is a boxer; it’s his passion and calling in life.

But one of the ways he gets to be the great boxer he becomes is through an iconic training montage (the first of many for the series), and a key part of that training montage is Rocky’s run through Philadelphia. Through the markets, past the shipyard, and then triumphantly climbing those stairs by the end, it’s a great scene, and shows the importance of running as a useful part of just about any athlete’s training regime (the raw eggs right before he starts jogging, though? That’s probably not a great idea for most people).

Zombieland is about a young man (played by Jesse Eisenberg) who survives the zombie apocalypse through an unusual set of rules, all intended to give him an edge over the undead hordes that effectively run the world. The very first rule – of dozens, too – is simply “cardio.”

This is because, as he tells the viewer through narration, those who aren’t in tip-top physical condition are more likely to become zombie fodder, and that sometimes, outrunning the walking dead is your best option for survival. If the zombie apocalypse were to happen one day, and the zombies weren’t of the super-fast 28 Days Later variety, it could well become clear that Eisenberg’s character was on to something…

Run Lola Run, despite its title, isn’t about running in a sporting sense. Lola is not training for a marathon; she has to run because she has a time-sensitive task of obtaining a large sum of money within 20 minutes, or else her boyfriend will commit a dangerous armed robbery.

And running is exactly what Lola does, and three times, no less, as Run Lola Run explores the butterfly effect, showing the same scenario playing out thrice, with small changes making big differences each time. It’s an unsurprisingly fast and breathless film, and about as run-heavy as a non-sports movie is likely to get.

NEXT: Sports Movies About Players Who Changed The Game