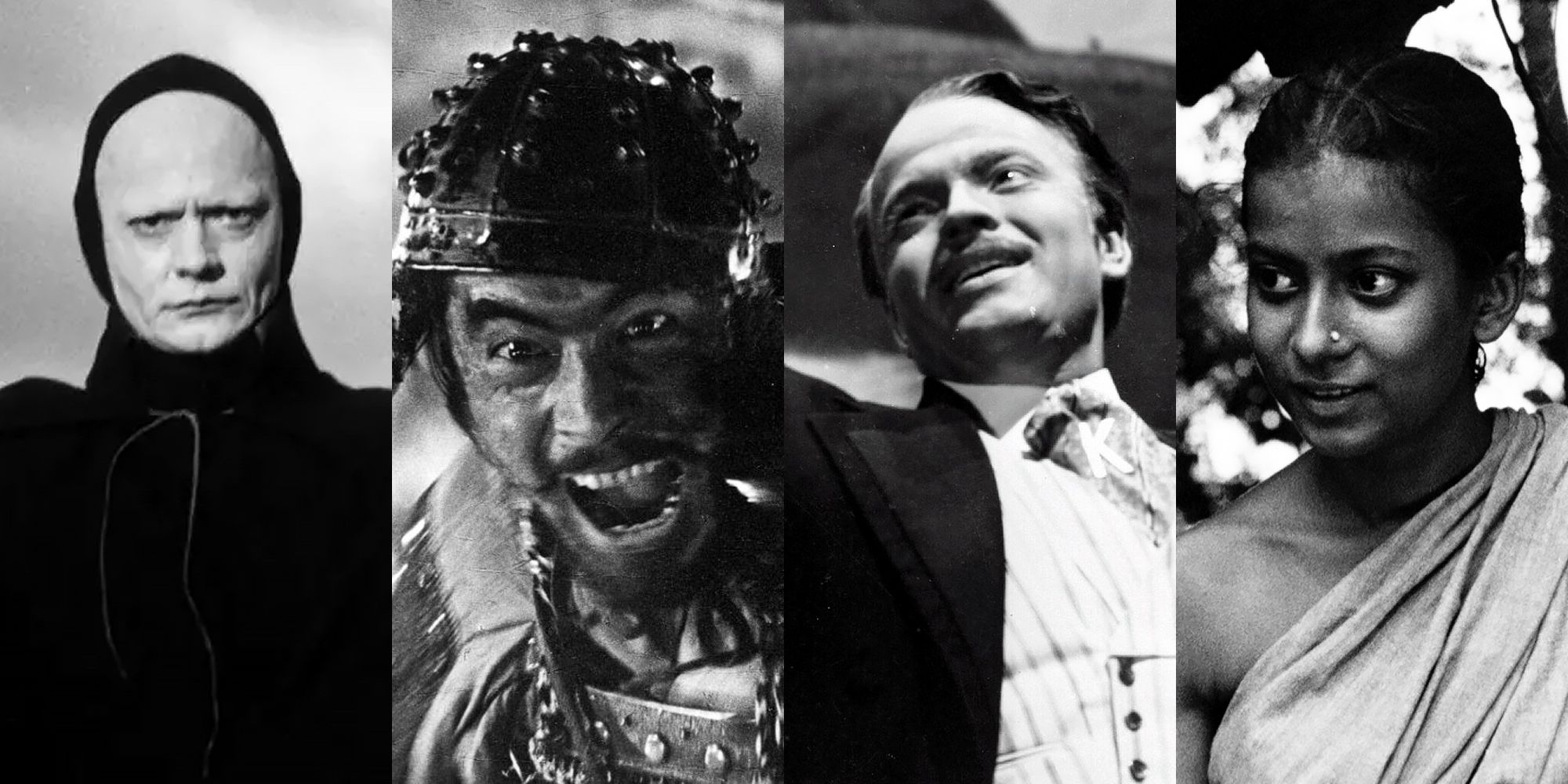 Great directors generally make great movies. But have you ever wondered what movies inspired these great directors to make films? From Martin Scorsese to Akira Kurosawa, each has been influenced by iconic films, elements of which they’ve incorporated into their works at some point in their cinematic career.

RELATED: 17 Short Films That Launched the Careers of Great Directors

These movies are not mainstream Hollywood blockbusters; most are foreign films. Nonetheless, they both changed the face of cinema generally and influenced the vision of contemporary directors who pay homage to them through their works.

The epic drama Seven Samurai (Japanese: Shichinin no samurai) was co-written, edited, and directed by Akira Kurosawa. In addition to being the longest, most expensive Japanese movie ever made at the time, it was (and continues to be) highly regarded by critics and directors alike, garnering a near-perfect Metascore of 98.

Aside from a loose remake for American audiences — John Sturges’ The Magnificent Seven — which replaced the samurai with cowboys, films like John Landis’ Three Amigos! (1986), John Lasseter and Andrew Stanton’s A Bug’s Life, Quentin Tarantino’s Django Unchained and The Hateful Eight, Lana and Lilly Wachowski’s The Matrix Revolutions, George Miller’s Mad Max: Fury Road, and George Lucas’ Star Wars franchise have each given the nod to Kurosawa’s masterful camera tricks and framing techniques.

François Truffaut — himself influenced by the films of Alfred Hitchcock — made his groundbreaking directorial debut with the coming-of-age film The 400 Blows (French: Les quatre cents coups). He won the Best Director award at Cannes and paved the way for the French New Wave movement.

The movie is considered by filmmakers Luis Buñuel (Belle de jour) and Satyajit Ray to be one of their favorites. Martin Scorsese includes it in his list of essential foreign films, and Akira Kurosawa called it “one of the most beautiful films” he’d ever seen. Woody Allen and Sam Mendes voted for it in the British Film Institute’s (BFI) Directors’ 100 Greatest Films of All Time, ranking the film 13th. John Singleton’s Boyz n the Hood, Tom Twyker’s Run Lola Run, and Alfonso Cuarón’s Y tu mama también contain scenes that mimic The 400 Blows.

RELATED: From ‘The 400 Blows’ to ‘Lady Bird’: 9 Essential Coming-of-Age Films for a Heavy Dose of Nostalgia

The surrealist dramedy 8½ (Italian: Otto e mezzo) is a benchmark Arthouse film by Italian director Federico Fellini that is regularly praised for its cinematic brilliance. So much so that 40 directors voted for it in the BFI’s 100 Greatest Films of All Time poll, ranking it fourth. It also won Oscars for Best Foreign Film and Best Costume Design.

An existentialist film about the conflict between darkness and light, The Seventh Seal, helped launch the international Arthouse movement, and its stark cinematography has influenced filmmakers since. Subsequent, diverse directors — including Martin Scorsese, Guillermo del Toro (Nightmare Alley), and Paul Verhoeven (Basic Instinct, Showgirls) — have looked to this classic for inspiration. The iconic scene in which Antonius Block (Max von Sydow) plays chess with Death (Bengt Ekerot) was parodied by Peter Hewitt in Bill & Ted’s Bogus Journey.

With a Metascore of 98, The Treasure of the Sierra Madre by director John Huston set the benchmark for Westerns. Its restrained, uncomplicated camera work and the slow burn towards total uneasiness have been referenced by numerous directors.

Stanley Kubrick named The Treasure of the Sierra Madre his fourth favorite film of all time and mirrored its dramatic ending in his movie The Killing. The protagonist’s (Humphrey Bogart) fedora and unshaven appearance were borrowed by George Lucas and Steven Spielberg to create the character of Indiana Jones. Paul Thomas Anderson’s There Will Be Blood utilizes the movie’s theme of the corrupting influence of greed. And the climax of David Fincher’s Panic Room uses imagery similar to that of Huston.

The crime drama Breathless (French: À bout de souffle) by director Jean-Luc Godard — along with François Truffaut’s The 400 Blows — brought international attention to new styles of French filmmaking, including the then-unconventional use of jump cuts and breaking the fourth wall.

Jim McBride made a remake in 1983 but works by fellow directors Jim Jarmusch (Stranger Than Paradise), Arthur Penn (Bonnie and Clyde), Martin Scorsese (Mean Streets), and Steven Soderbergh (Schizopolis) have all looked to Godard’s New Wave classic for inspiration.

Leone has been a dominant influence in Quentin Tarantino’s movies. Indeed, Tarantino cites The Good, the Bad and the Ugly as “the most influential to me in my work,” calling it “the greatest achievement in the history of cinema.” Tarantino paid homage to the film in Reservoir Dogs’ standoff scene and hired Morricone to produce the soundtrack to his later film, The Hateful Eight. The works of Robert Zemeckis, Sam Raimi, and Robert Rodriguez have also been inspired by The Good, the Bad and the Ugly.

RELATED: A Look at the 4 Distinctive Eras in Clint Eastwood’s Acting Career

The beauty and pathos of Pather Panchali inspired Wes Anderson’s preoccupation with India, evident in his film The Darjeeling Limited. In a 2007 interview with the Indian newspaper, The Statesman, Anderson relayed that he’d dedicated Darjeeling to the Bengali director. Christopher Nolan has called Pather Panchali “one of the best films ever made. It is an extraordinary piece of work.” And Akira Kurosawa has said, somewhat poetically, that “Not to have seen the cinema of Satyajit Ray means existing in the world without seeing the sun or the moon.”

The Odessa Steps scene was recreated by Terry Gilliam in Brazil, Brian De Palma in The Untouchables, and George Lucas in Star Wars: Episode III – Revenge of the Sith, as well as being parodied by Woody Allen in Bananas and Love and Death.

A quadruple-threat writer, producer, director, and star Orson Welles made his directorial debut with Citizen Kane at the age of 25. With it, Welles unleashed an array of cinematic innovations from the movie’s pieced-together flashback narrative structure to its deep-focus camera work that contributed to the movie’s rare Metascore of a 100, indicating universal acclaim.