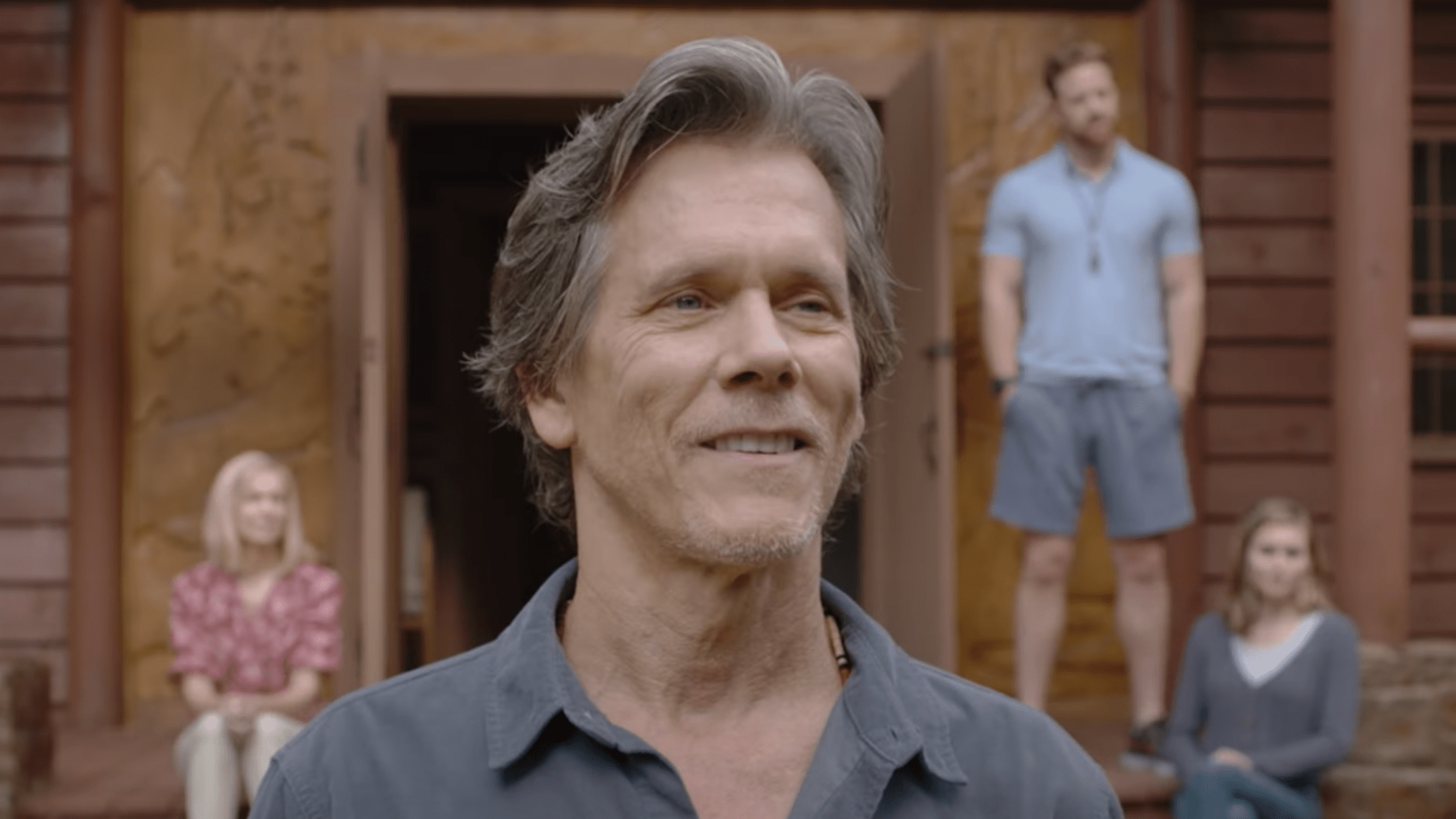 John Logan has revealed that the Friday the 13th references in They/Them preceded Kevin Bacon’s involvement in the film.

For those of you old enough — or fanatical about horror enough — to remember, Bacon appeared in the first Friday the 13th way back in 1980. He plays a counselor at a summer camp and is one of the first to be killed by the then-unidentified assailant. In John Logan’s They/Them, Bacon plays the leader of a camp meant to convert LGBTQ+ attendees. Logan told ComicBook.com that, although the Friday the 13th nods were intentional, Bacon’s casting came long after they were written:

“That was always in the script . . . I tried to tip my hat wherever I could, but obviously having Kevin Bacon involved is like a dream come true because we are literally reaching back to the genesis of the form, and it’s thrilling to have him come back into this world.”

Logan went on to describe some of the parallels and differences between Friday the 13th‘s killer and They/Them‘s:

“You know, I’m very fond of the Jason Voorhees hockey mask for all the obvious reasons because that to me is the foundational text of slasher movies. But for our slasher we wanted to do something more bespoke because we’re in the woods. We wanted to feel very woodsy and also our killer has really two sides to their personality. So the mask reflects one side that’s sort of calm and one side that’s very sort of angry and aggressive and I worked really closely with Tony, Tony Gardner our brilliant mask designer, and Tony just came up with some great studies for it.”

See if Kevin will save people’s bacon or turn them into bacon in They/Them, which will stream on Peacock on Aug. 5.