HomeVideoRelease Date, Trailer, Cast, and Everything We Know So Far
Video

Release Date, Trailer, Cast, and Everything We Know So Far 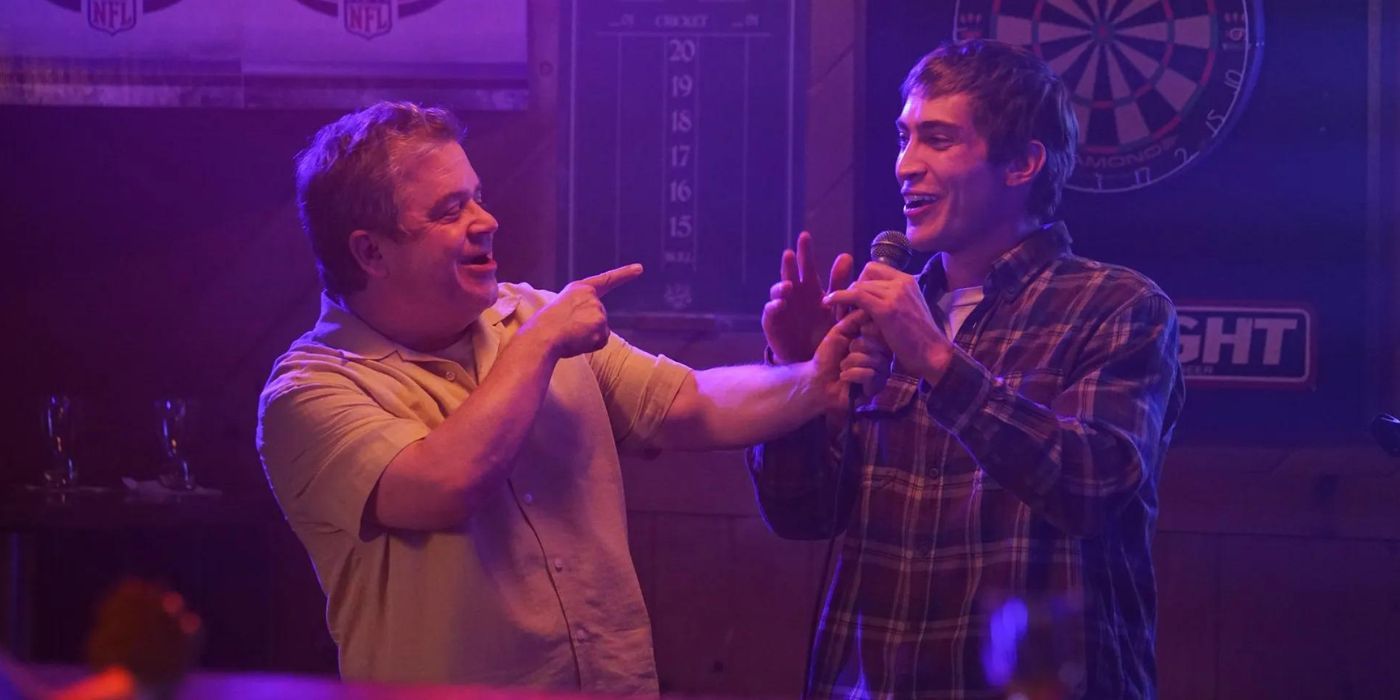 Online dating has opened us up to the world of catfishing and there have been lots of movies to show us just how catastrophic it can get. In Sierra Burgess Is a Loser, a case of mistaken identity led to crushes, friendships, breakups, and betrayals. Love Hard took us on a journey with Natalie, who traveled to spend Christmas with her online crush in his hometown, only to discover she has been catfished. Catfishing always leads to betrayals and heartbreaks for people looking to find love, but it seems Chuck expected his own catfishing story to turn out differently because this time, it was a father catfishing his son.

I Love My Dad tells the story of Chuck and his son, Franklin. Chuck has a strained relationship with his son and the two don’t spend time together. However, when Chuck realizes that his son has blocked him on all social media platforms, he resorts to catfishing to try and reconnect with him. Chuck creates a fake social media profile where he impersonates Becca, a young waitress who works at a restaurant that Chuck visits. Franklin hits it off with “Becca” and decides to meet up with her and Chuck agrees to drive Franklin to Maine to meet up with “Becca,” battling the secret of catfishing his son while also noting that getting exposed might be the last straw in his relationship with his son.

I Love My Dad is written and directed by James Morosini. The story is inspired by Morosini’s true life experience. He explained that he and his dad got into a fight, and he cut him off on all social media platforms. Then, a pretty girl sent him a friend request online and their relationship progressed till he noticed that her email address was the same as his father’s. Morosini explained that his father created the profile to check up on him and make sure he was okay and that is how the idea for I Love My Dad was born.

Morosini stars as Franklin in I Love My Dad opposite Patton Oswalt who stars as the dad, Chuck. The film also stars Claudia Sulewski, Rachel Dratch, Ricky Velez, Lil Rel Howery, and Amy Landecker. Oswalt produced the film alongside William Stertz, Sean King O’Grady, Sam Slater, Phil Keefe, Dane Eckerle, and Daniel Brandt. Principal photography for the film took place in Syracuse, New York, and filming wrapped in June 2021. I Love My Dad premiered at South by Southwest on March 12, 2022, and was met with critical acclaim. The film garnered many awards at the Austin-based festival such as the Grand Jury Prize for Narrative Feature and Narrative Feature Competition Audience Award. I Love My Dad also won the Audience Award for Narrative Feature at Chicago Critics Film Festival and Best Feature Film at Hill Country Film Festival.

Magnolia Pictures acquired the film’s distribution rights in April 2022, and it is set to be released soon. From plot to release date, here’s everything we know so far about I Love My Dad.

Magnolia Pictures & Magnet Releasing released the official trailer for I Love My Dad on July 13, 2022. We get a look at the strained relationship between Franklin and Chuck when Franklin explains that he has taken some steps in setting healthy boundaries by blocking his dad online. Chuck notices this and gets the idea from his friend to create another page and check in on his son without his son’s knowledge. This leads to the creation of “Becca.”Of course, he is called out for being creepy but he defends his actions by saying he just wants to help his son. Meanwhile, Franklin is convinced “Becca” is the love of his life and when he tries to speak on the phone with her, Chuck gets a woman to answer him and stands in as “Becca.” How long will Chuck keep up the ruse? Will Franklin find out what’s happening? We can only find out in the movie. With a shot of Franklin and Chuck awkwardly kissing, we can expect cringe humor, awkward scenarios, and more in I Love My Dad.

What Is I Love My Dad About?

The official synopsis for I Love My Dad as it reads on Magnolia Pictures & Magnet Releasing says,

“Inspired by writer, director, and star James Morosini’s true life experience, I LOVE MY DAD follows Chuck (Patton Oswalt), a hopelessly estranged father who desperately wants to reconnect with his troubled son, Franklin (Morosini). Blocked on social media and concerned for his son’s life, Chuck impersonates a waitress online and starts checking in with Franklin. But things begin to spiral when Franklin falls for this imaginary girl (Claudia Sulewski) and wants nothing more than to meet her in person, as Chuck has inadvertently catfished his own son. A thrilling comedy with an unexpected twist, I LOVE MY DAD also stars Rachel Dratch, Lil Rel Howery, Amy Landecker and Ricky Velez.”

Where and When Can You Watch I Love My Dad?

You can watch I Love My Dad when it is released in theaters on August 5 and digitally on August 12.

Who’s In The Cast Of I Love My Dad?

Primetime Emmy Award Winner, Patton Oswalt stars as Chuck in I Love My Dad. Oswalt is best known for playing Spence Olchin in the sitcom The King of Queens and narrating as adult Adam F. Goldberg in the sitcom The Goldbergs. Oswalt has also appeared in movies such as A Very Harold & Kumar 3D Christmas and 22 Jump Street. He’s also done animated roles such as voicing Remy in Ratatouille and Max in The Secret Life of Pets 2. Oswalt has been nominated for and has won several awards such as the Primetime Emmy Award, Annie Award, Critics’ Choice Television Award, Grammy Awards, and more.

James Morosini, who is best known for playing Dalton in the HBO Max comedy series, The Sex Lives of College Girls, stars as Franklin in I Love My Dad. Morosini is also credited as the writer and director of the film. I Love My Dad also stars Claudia Sulewski (T@gged), Rachel Dratch (I Now Pronounce You Chuck and Larry), Lil Rel Howery (Get Out), and Amy Landecker (Dan in Real Life).