Keke Palmer’s Performance Proves That She Thrives in Nuanced Roles 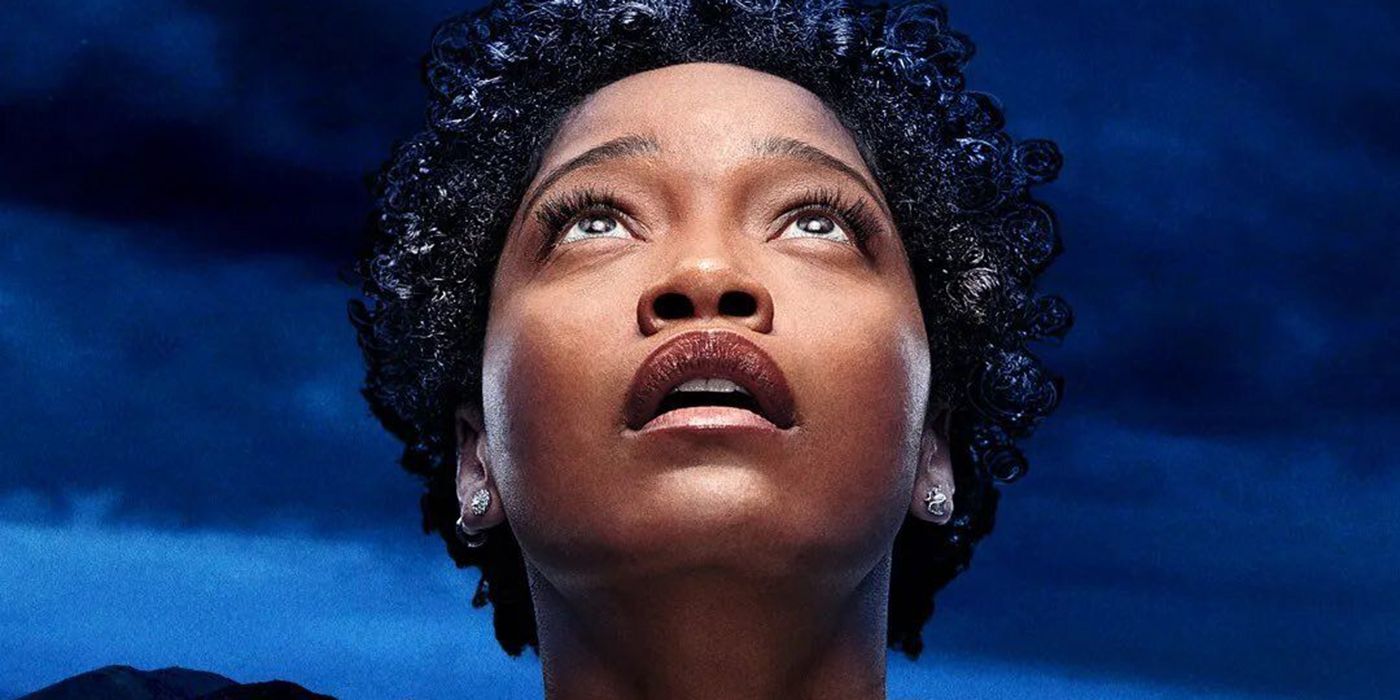 While the fantastic new Jordan Peele film Nope has been out for a few weeks now, it has continued to be one of the most talked about releases of the summer. As much as the film is further proof of Peele’s continued creativity and craft as a filmmaker, it also is a work that wouldn’t be the same without one person: Keke Palmer. Yes, she may not know who many people are, but she is a dynamite screen presence that makes every scene she’s in come alive. From the very first moment her character Emerald literally steps onto the set to bail out her brother, Daniel Kaluuya‘s OJ, she is just overflowing with charm. It is one moment of many that makes you sit up and take notice. Emerald is smart and funny, though there is more to her. She is troubled and uncertain, something Palmer teases out with a subtlety that speaks volumes. It is when her bravado slips that we see she feels a combination of disconnection from her father, admiration of what he did when she speaks just like him, and fear that she will follow in his footsteps. She often runs away from her problems yet stands by those she cares about when push comes to shove, a complex cocktail of a character that leaps off the screen.

While Palmer has a history of good work in film and televsion, this has been the long overdue leading role that is most deserving of her talents because of how well-written it is. Even as she has been in leading roles before, they haven’t always done her wide-ranging abilities justice. Nope is the film that actually allows her to exercise both her comedic and dramatic muscles in a balanced performance. While it may not win her any awards as genre films, especially those that play around with horror, often are overlooked, it still deserves our attention.

Just as Kaluuya had his breakout performance in Peele’s debut film Get Out, this film turns the reins over to Palmer and shows she is capable of taking the story to the stratosphere. There have been high points in her career, such as her recent supporting role in Hustlers, though this feels like the moment where she really is in a film that is in sync with her strengths. That, unfortunately, hasn’t always been the case. Even as she was giving it her all in the recent Sundance film Alice, it woefully misused her talents and left her to carry a genuinely misguided story almost all on her own. It showed that she is more than up to the task, though it is also nice to see her working with a writer-director who is also at the top of his game.

RELATED: From ‘Get Out’ to ‘Nope,’ Jordan Peele’s Distinct Iconography Is a Visual Feast All His Own

Above all else, Palmer’s performance just feels so natural. From scene to scene, there isn’t a single moment where she doesn’t feel genuine. Whether it is when she pitches herself to a largely disinterested audience at the opening commercial shoot or as she tries to cover up the fact that she stole a prop horse from a neighboring farm, Palmer plays every emotional note to perfection. She has a great sense of comedic timing, excellent physical presence, and delivers some of the best lines of the film. She does so with impeccable tact, able to convey both the charisma and concern that is doing battle inside of Emerald.

While OJ seems almost unfazed by the goings-on at the farm, she remains much more uncertain. We frequently will notice her considering or outright saying that they should leave, something Palmer convincingly conveys as a survival mechanism that comes easy to her character. This tension is terrific to see brought to life as we get to observe her character go through a transformation. It is done with a deceptively light touch, relying on Palmer’s body language and endlessly expressive face. She is able to communicate so much as a performer, even in the quieter scenes.

One such moment comes when we see Emerald receive a text towards the end after the siblings have already fled from their family farm. While OJ is itching to go back, she just wants to put it behind her and not talk about it at all. However, that changes when she gets a message the duo had been waiting for. The cinematographer from the beginning of the film whose help they were seeking had finally agreed to join them. In just a brief moment where she is off by herself, we see Emerald go through a range of emotions. We can see how she is considering not telling anyone and likely taking off again. That would be easier and probably safer.

Eventually, with visible emotional effort, she decides to tell OJ about the message and set the final act of the film in motion. It is a pivotal scene and Palmer completely knocks it out of the park. She does so in her own way, grounding the story in the differences the two siblings have and making Emerald’s growth one of the most compelling aspects of it. While Kaluuya does an outstanding job of instilling OJ with a committed sense of stoicism, the juxtaposition that Palmer consistently provides is what makes the film work so well.

There are some that felt the characters in Nope was one of its weaker aspects. Palmer not only shows that is not the case, but she also proves she is deserving of more meaty roles like this. When she gets a chance to really sink her teeth into a character as complex as this, the vibrant results we get to see speak for themselves. While this film is what sets her apart, if we are lucky, \ there will be many more intriguing performances on the horizon for her. Capturing a nuanced character like Emerald, even as she is very well written, is no simple feat. It could have easily been a mess in the hands of a lesser actor who wasn’t able to peel back the layers of who she is.

Thankfully, Palmer was able to craft a character whose contradictions were interwoven into the very fabric of the story itself. It made everything more engaging as a result, drawing us deeper into her journey and eventual triumph at the glorious conclusion. Without her to bring it all home, the emotional core of the film would be lost. When Emerald finds herself alone in the finale, having to take action all by herself, it is Palmer whose profound performance helps make it the hands-down best ending to a Peele film yet.