HomeVideoLuis Gerardo Méndez on the Key to Navigating the Mystery
Video

Luis Gerardo Méndez on the Key to Navigating the Mystery 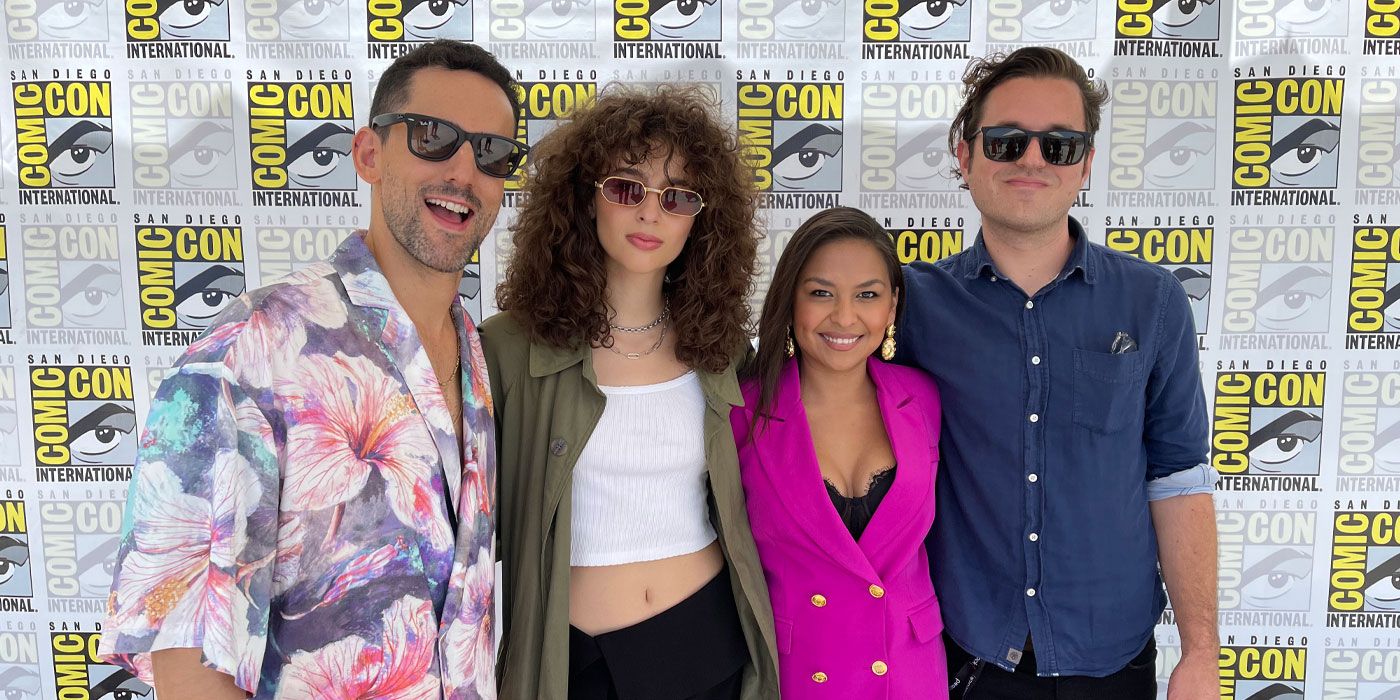 I’ll give you a brief synopsis of the new Peacock series, The Resort, but nothing will prepare you for the twists and turns this show takes throughout its eight-episode run.

Created by Andy Siara, The Resort stars Cristin Milioti and William Jackson Harper as Emma and Noah, a married couple who head off to the Mayan Riviera to celebrate their anniversary. While there, they become aware of unsolved mysteries that took place 15 years prior and become obsessed with finding the truth. While that is very much the starting point of The Resort, that description barely scratches the surface of what Siara explores with this story, which is essentially a multi-generational tale of our relationship with time.

If you’re looking for more information about those layers and the big swings Siara and co. take in the show, we’ve got you covered in that department! Siara and cast members Luis Gerardo Méndez, Nina Bloomgarden, and Gabriela Cartol all visited the Collider interview studio at San Diego Comic-Con to tease what to expect from the show.

The Resort really does have a little of everything to offer — coming-of-age components, mystery, romance, disaster movie elements, and then some — so I asked Siara which of the bunch was most challenging to write. Here’s what he said:

“I don’t think so much about the genre stuff. I feel like as long as the tone is consistent, and I think our tone is constantly going from silly to sincere. Really it’s a hard line to balance on because sometimes we can get too silly and sometimes we get a little too melodramatic, so we always want to undercut it with the goofiness. But I feel like as long as we have control over that, you can jump around to any genre kind of with ease. And a lot of it’s just to keep me entertained in the writing process. I get bored very easily in life. But on [a] very practical level, the hardest one was there’s some disaster film elements to this, and it’s hard to do a disaster film. It’s still small scale for the show, but those were the hardest things to actually pull off production wise.”

RELATED: Rose McIver and the Cast of ‘Ghosts’ Tease What’s to Come for Sam, Isaac, Trevor, Hetty and Alberta in Season 2

As for where the characters go within that genre and tone mash-up, Cartol, Méndez, and Bloomgarden each pinpointed an anchor for their character, something that, no matter how wild the narrative gets, can always be referred back to in order to ensure decisions and actions are true to character. Cartol who plays Luna, the concierge at the resort, began:

“I think it was a blessing to have played two stages of this character, 15 years back and present. So in that sense, I think what you realized that have changed for me, that was my anchor because I was thinking, ‘What was she thinking 15 years ago? Who was this person 15 years ago?’ And I brought it to myself. I was like, ‘Who was Gabriella 15 years ago?’ And I didn’t recognize myself from the person I am now, so I put that into Luna and I thought, ‘Okay, maybe she was this, this and this, but in her present, family is what mattered the most,’ you know? She’s now a mother and she’s married so I think now you have to put that into balance. Yeah, the golden years were amazing, but now you have your present and your present is great too, and the most important thing is family at the end of the day.”

Méndez steps in as Baltasar Frías, the head of security at the Oceana Vista Resort in 2007. Here’s what he told us about what’s driving his character:

“I think it’s about proving [to] the world that he’s enough, proving the world that he can solve these mysteries. He comes from a really powerful family in Yucatan and he doesn’t want to belong to that family anymore and he needs to create a new version of himself, and he’s obsessed with detective novels and he wants to be the best detective in the world and the first time he got a real case, he cannot solve it, and now he has the opportunity of doing that 15 years later. So there’s always this really big desire of proving that he’s enough, which I think is really moving and sad, and I think every one of us can relate to that feeling in a way so I think that was an easy clue to follow.”

As for Bloomgarden, she plays Violet Thompson, a young woman vacationing with her father (Nick Offerman) who strikes up a connection with Skyler Gisondo’s Sam who’s vacationing with his parents and girlfriend.

“I think Violet is really fearless and kind of marches to her own tune, and I think within that, as the show goes on, it gets wilder and wilder. And I think just trusting, because she’s grieving so I think trusting that grief is messy and your 20s are messy and just kind of combining both of those things, and then dealing with Sam, Skyler Gisondo’s character, on top of that, them together just kind of rooting into that messiness.”

Looking for more from Siara and the cast on The Resort? Be sure to check out our full SDCC 2022 conversation in the video interview at the top of this article!