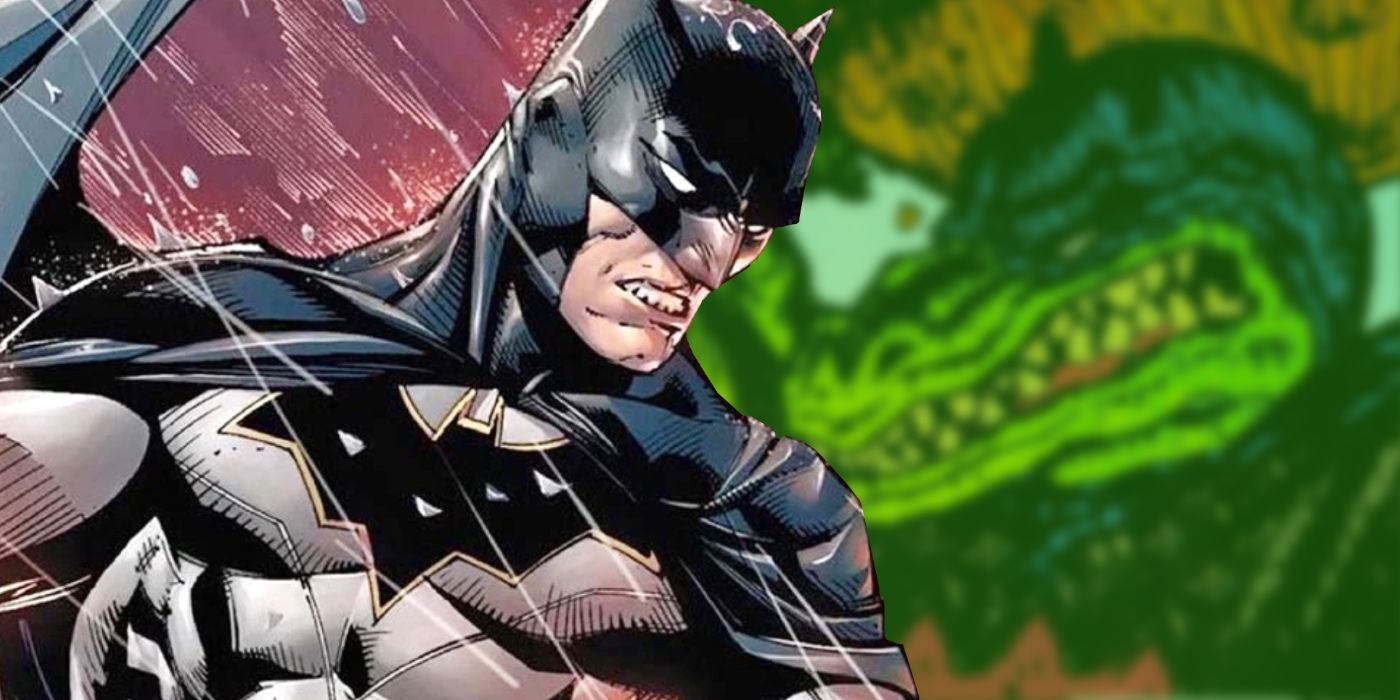 Next to the savage dinosaur versions of DC’s Justice League, Batman is even less effective than the normal Dark Knight (despite being a T.Rex)

Warning! Spoilers ahead for Jurassic League #3

The Justice League’s savage new redesign makes Batman look even worse next to his fellow heroes. While the Dark Knight has always had plenty of resources to be on par with his superpowered allies, that’s not the case in this alternate universe seen in DC’s new Jurassic League series. Set in a prehistoric era devoid of technology (which Batman relies on), the “Batsaur” seems to be even less effective next to the other dino-heroes he’s just met.

Previously in Jurassic League from Juan Gedeon and Daniel Warren Johnson, the T.Rex version of Batman was introduced as the protector of Growltham City. Determined to hunt down the Jokerzard who killed his Tyrannosaur parents, the Batsaur’s mission has put him face to face with the Supersaur and Wonderdon who’ve been fighting their own prehistoric villains serving the Dark Embryo, a sinister egg that will soon hatch this universe’s version of Darkseid. As such, this newly assembled Dino-Trinity will soon team up with the savage versions of Green Lantern, Flash, and Aquaman to form their own Jurassic League.

Related: Batman Has The Perfect Way of Fighting Magical Enemies

However, the new Jurassic League #3 highlights the fact that the T.Rex version of Batman definitely has some shortcomings. While Batman normally has an arsenal of gadgets and vehicles to aid in his war on crime, the Batsaur has…rocks shaped like batarangs. Likewise, the other heroes of the Jurassic League still have the same inherent superpowers as their human counterparts from the main DC Universe. While Batman is already the most underpowered member of the Justice League, the Batsaur is even worse thanks to this prehistoric era.

Unfortunately, the lack of technology is a major drawback that effectively takes away one of Batman’s biggest methods as a crime-fighter. While he does have the teeth, claws, and strength of a T.Rex (which helps), that’s not anything his fellow dino-heroes don’t have as well. Furthermore, the Batsaur’s version of Robin is a primitive human rather than a dino-hero who would clearly be more capable as a sidekick.

On the surface, the concept of a T.Rex Batman is a cool idea. It seems as though Batsaur would be even more powerful as a prehistoric vigilante seeking justice for his fellow dinosaurs and humankind. However, the savage Justice League and their powers on top of their dino forms prove he’s actually less effective as the only hero who’s had something taken away from his typical repertoire as a DC hero.

More: Darkseid’s Prehistoric Redesign Is His Most Terrifying Form Ever

Jurassic League #3 is on sale now from DC Comics.

Kevin Erdmann is one of Screen Rant’s staff writers. With a major in Cinema Studies and a minor in Comics and Cartoon Studies from the UofO, Kevin is pretty sure he’s writing for the right site. While Kevin is a huge Marvel fan, he also loves Batman because he’s Batman and is a firm believer that Han shot first. Disney also shares a big part of his fan patronage. Kevin lives in Oregon with his wonderful wife and sinister cat who is no doubt currently plotting his demise.