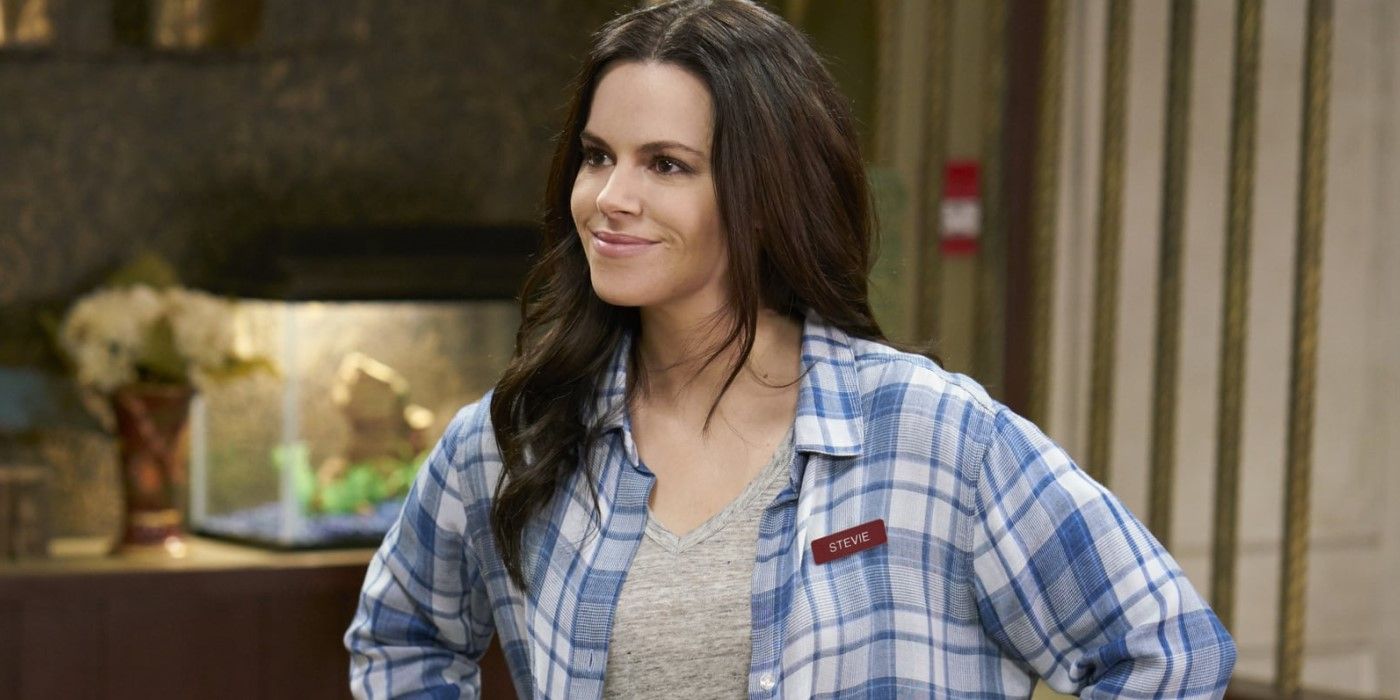 Emily Hampshire has been keeping busy since her Schitt’s Creek days, joining a number of various projects post-Stevie Budd. Most recently, Deadline announced that Hampshire will lead the upcoming comedy D-Day.

Described as a raunchy comedy, D-Day centers on Kate, a woman fresh out of a divorce and sexually inexperienced. With encouragement from her friends, Kate decides to go back into the dating pool, but she won’t settle for just anyone; she has certain standards to uphold. Regardless, Kate is set on sabotaging her ex’s wedding day.

Hampshire is perhaps best-known for her six season run on the widely-loved comedy Schitt’s Creek, where she played the sarcastic yet lovable motel employee Stevie. Though the series placed her in the spotlight, Hampshire has appeared in a number of other TV and film projects. Prior to Schitt’s Creek, she lent her voice to shows such as Braceface and 6Teen, and starred in the live-action SYFY series 12 Monkeys. She appeared in films including mother!, It’s a Boy Girl Thing, and more. Her upcoming projects include Bloody Hell, Slip, and Mary Hartman, Mary Hartman, among others. In October, Hampshire will release her debut graphic novel Amelia Aierwood: Basic Witch.

Netflix’s One Day at a Time writers Andy Roth, Becky Mann, and Audra Sielaff reunite to pen D-Day‘s screenplay. The trio also previously worked on the comedy series Rules of Engagement. Additional TV writing credits amongst them include Anger Management from Roth, and It’s Always Sunny in Philadelphia, Carol’s Second Act, and The Real O’Neals from Mann and Sielaff. All three have also worked in producing capacities. Betsy Thomas will make her feature directorial debut with the film. Her prior directing credits include episodes from several television shows, including Superstore, Home Economics, and My Boys, which she created and executive produced. Thomas also has several additional executive producer and writing credits across television.

D-Day will be produced by Level 1 Entertainment’s Edward Milstein and Bill Todman Jr., with Limor Hakim acting as a co-producer. Gary Barber and Peter Oillataguerre will executive produce for Spyglass, with Chris Stone overseeing the project for the company.

Thomas shared her excitement about Hampshire’s casting, telling Deadline, “I am so thrilled to work with the immensely talented Emily Hampshire to bring this hilariously randy script to life.”

There’s currently no additional information regarding cast or release date for D-Day. In the meantime, relive Hampshire’s showstopping scene from Season 5 of Schitt’s Creek:

Could MJF join WWE with HHH at the helm?