10 Best Directors At Getting Great Performances From Actors, According To Reddit 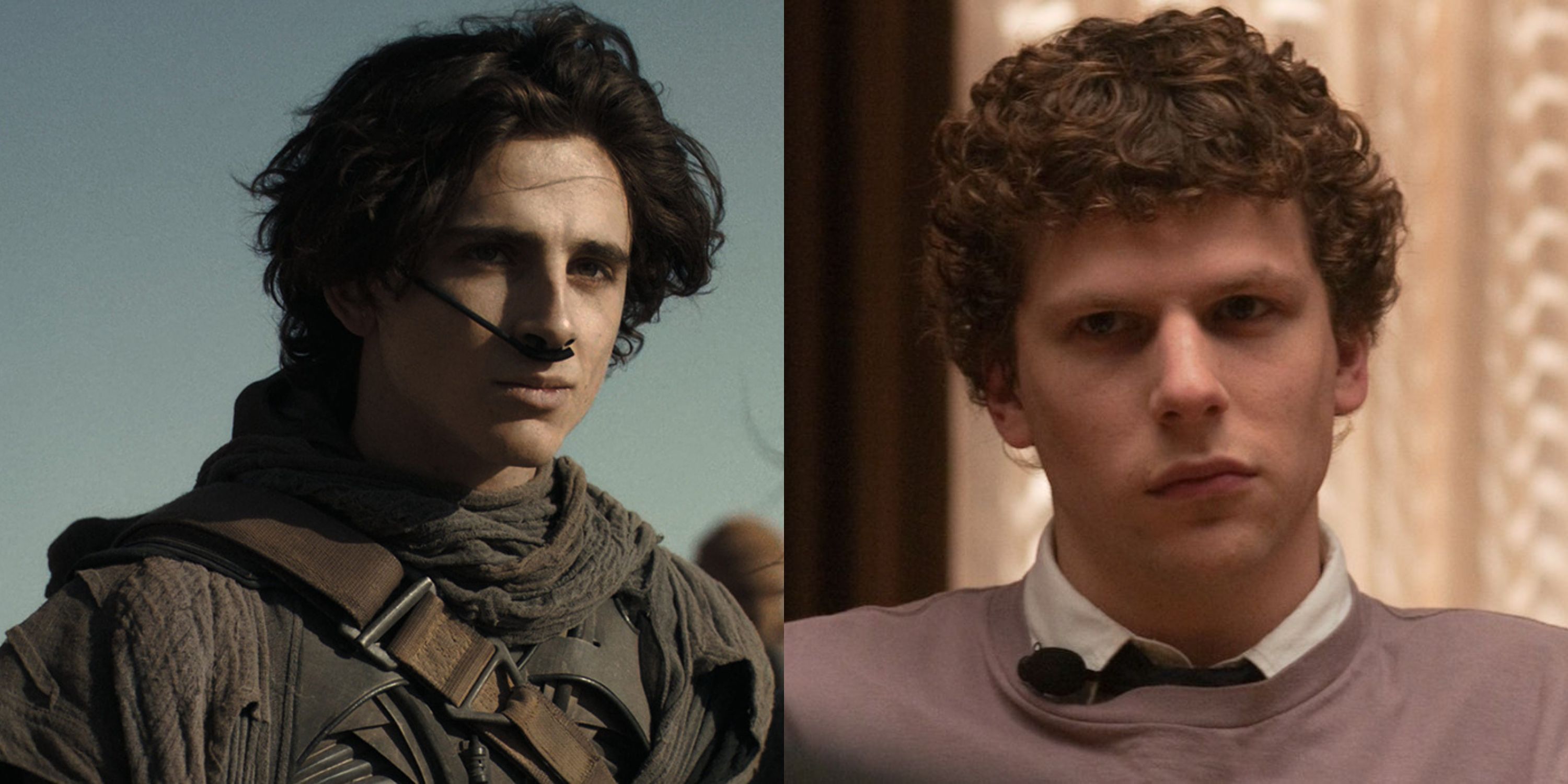 With David Fincher’s new Netflix movie The Killer completing filming earlier this year, many fans are already excited to see what one of the greatest actor directors will produce in his newest project. With Paul Thomas Anderson also working on an intriguing new movie and Denis Villeneuve crafting the second part of Dune, now is a great time to be a movie fan.

That’s because what those directors all have in common is that they’ve produced career-best performances from sometimes relatively unknown or underrated actors. With so many great actor directors working right now, Reddit was spoilt for choice when it came to suggesting the best in the business.

Although best known for the striking visuals that often dominate the conversation surrounding his movies, especially his recent adaptation of the science fiction epic Dune, Denis Villeneuve has also quietly been producing amazing performances from unexpected actors for years now. This hasn’t gone unnoticed by Redditors like Alex45784 who only had to say “Denis Villeneuve” to get plenty of support.

In Blade Runner 2049, the director managed to reinvigorate a Harrison Ford who has looked tired in a lot of his recent projects and also likely convinced a lot of people of just how good of an actor former wrestler Dave Bautista can be. Though he now gets to work with some of the best actors in the world, it’s never something the director has needed.

Whilst it’s easy to see how great contemporary directors are at getting great performances from actors, it can be harder when the director in question produced their best work in the 50s. Luckily, Redditors like AemiGrant ensure that the legendary director Elia Kazan isn’t forgotten about, saying “Y’all are sleeping on Elia Kazan. He could get a great performance out of you in his sleep.”

Kazan’s short career as an actor himself gave him the perfect insight to understand what other actors need to improve their performance, even though that sometimes led to unconventional practices. His success in this matter is self-evident though, crafting memorable screen debuts for the likes Marlon Brando and Andy Griffith.

Whilst Uncut Gems may not be considered a classic yet, there’s no doubting the talents of Josh and Benny Safdie, the brothers that directed the critically acclaimed crime thriller. Previously, the brothers directed Good Time, which starred Robert Pattinson in one of his best performances before The Batman this year.

However, Uncut Gems is definitely the reason why Redditor Quandale-dingle received so much agreement simply by saying “The safdie brothers” as a suggestion. With a multiple-time Razzie-nominated actor in Adam Sandler as the star, many were stunned to see him killing it in a dramatic performance and thought the brothers deserve some of the credit for that.

Many directors ensure they get amazing performances by only working with established actors and using the same actors in different movies. That’s why Sean Baker stands out as being one of the few to take on the challenge of doing the exact opposite. Redditor mad__high explains why that works in his favor.

Whilst the movie buffs of Reddit often like to show their appreciation for directors with a taste for the strange and the surreal, it’s still impressive just how much David Lynch’s name came up in discussions of great actor directors. Redditor Ice_Star_303 explains why he’s so highly rated in this area, saying “Every performance is almost perfect for the part of the story.”

Whilst it’s no surprise that Lynch can bring his bizarre visions to life in his most rewatchable movies like Eraserhead and Mulholland Drive, what’s amazing is how he manages to take his actors along with him, often getting performances that no other director could achieve.

Martin Scorsese has been producing some of the most critically acclaimed movies for decades and a big part of that is the incredible performances he gets from his actors. Redditor BigBossPM was spoilt for choice when it came to listing examples of this, saying “Just think of Taxi Driver, the Wolf of Wall Street, King of comedy, etc.”

His reputation for giving them a lot of freedom has allowed him to form great relationships with incredible actors over the years. These include Robert De Niro, who he’s worked with on films like Taxi Driver and The Irishman, and Leonardo DiCaprio, on films like Gangs of New York and The Wolf of Wall Street. Not many directors can boast such huge collaborators and the director seems to relish bringing the best out of them.

Whilst many of the directors considered the greatest at producing amazing performances from actors also happen to be some of the biggest names in Hollywood, it’s possible that fewer people know about the English indie director Mike Leigh. He has his fair share of dedicated fans though, with one user, Viney, saying “Mike Leigh is the greatest actor’s director and there’s very little to no contest.”

Those who had experienced some of his acclaimed movies, which include the black comedy-drama Naked and the drama Secrets & Lies, were quick to agree with this sentiment. Many English actors like Gary Oldman and Timothy Spall might not have found the success they did if not for Mike Leigh bringing the best out of them early in their movie careers.

Fincher is a director known for being a perfectionist so it’s no surprise he applies that same strict eye to the performances of his actors as well. The director produced some career-best performances from Brad Pitt in Fight Club and Jake Gyllenhaal in Zodiac but, whilst these showcased great actors in their element, Redditor danstroyer rates him highly for a different reason.

According to them, the best argument for his ability to get the best out of his cast is the fact he “was able to give us great performances from Tyler Perry and Justin Timberlake.” In getting actors who aren’t rated as highly to be convincing on screen, Fincher achieves something truly impressive.

Paul Thomas Anderson regularly features on lists of the best directors ever thanks to a weighty back-catalog of movies like Boogie Nights, Licorice Pizza, and The Master which are all favorites amongst movie buffs. Reddit particularly reveres the director and, when user botcoob put forward Anderson’s name, he received no shortage of agreement.

His argument was also a compelling one because, as well as producing some Oscar-worthy performances from his regular collaborators like Philip Baker Hall and Philip Seymour Hoffman, “he even got mind blowing performances out of Adam Sandler and Tom Cruise”. Although neither is a bad actor, it’s still incredibly impressive that he always manages to get the best out of his cast.

There’s only one director that Reddit considers to be the true master of bringing out incredible performances from actors and that’s Darren Aronofsky. Redditor monarc lays out why that is, explaining “Darren Aronofsky has coaxed career-best performances out of otherwise decent actors with better consistency than any other director.”

They then pointed to specific performances by actors in Requiem for a Dream, Black Swan, which was Natalie Portman’s only Oscar-winning performance, and Mother!, which showcased Jennifer Lawrence at her best as an actor. With such a track record, many had to concur that Darren Aronofsky is the greatest director when it comes to actor performances.

A freelance list writer for Screen Rant, Jordan Woods has already written well over 100 pieces for the site since he began in 2021.
Though he has been writing for most of his life, having been a content writer in the past and had his work featured in magazines, it was only recently that he combined this with his keen interest in all things film, TV, and video game-related. He enjoys the research side of writing for Screen Rant, as that often means watching the TV and movies he wanted to anyway.
Though he has been writing ever since he first found inspiration in the fantastical worlds of the Star Wars movies and The Legend of Zelda games, he was able to hone those skills during his time studying English and Creative Writing at Coventry University. These days, he mixes writing about movies with writing his own, often spending his free time drafting screenplays based on movie ideas he has.

52 of the latest and most interesting mobile games on the blockchain. [UPDA | Pocket Gamer.biz