Who Is The Father Of Imogen’s Baby In Pretty Little Liars: Original Sin? 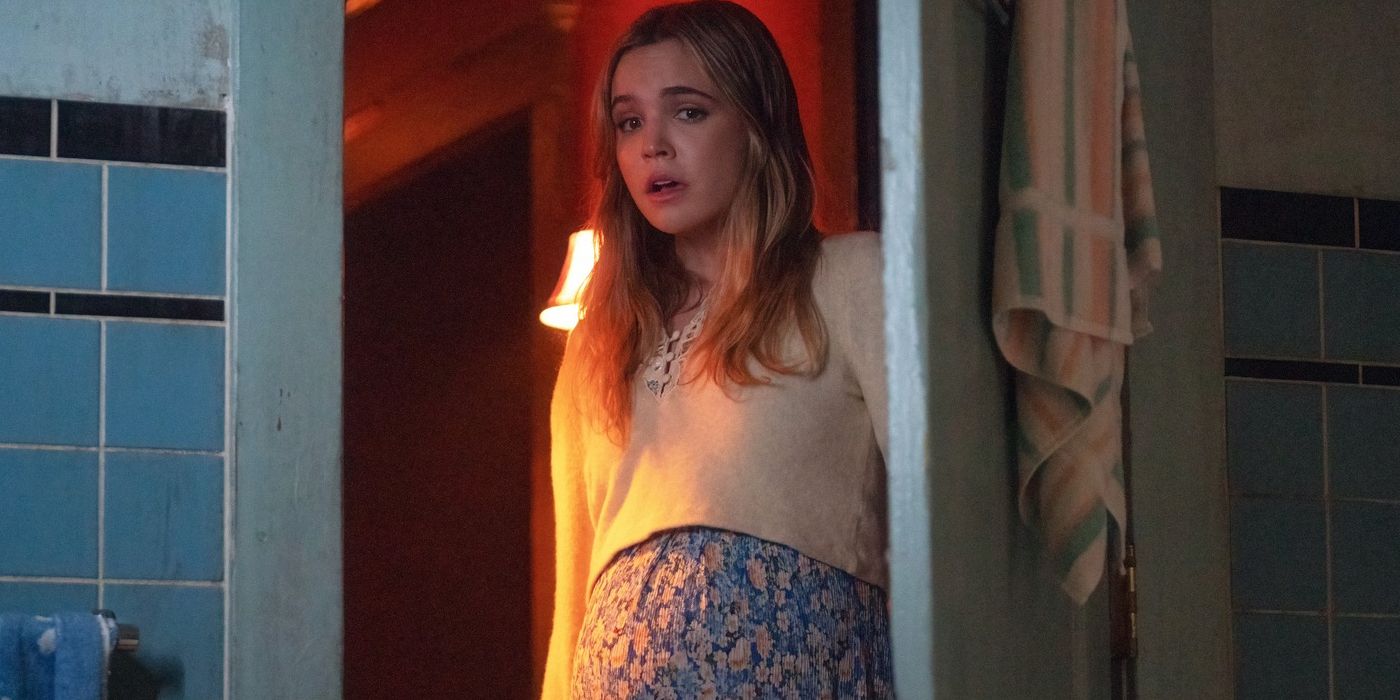 Has Pretty Little Liars: Original Sin revealed who the father of Imogen’s baby is? Here are all possible clues and why this adds a unique twist.

Who is the father of Imogen Adams’ (Bailee Madison) child in Pretty Little Liars: Original Sin? This is one of the biggest mysteries so far from the first three episodes of the Pretty Little Liars reboot. In Pretty Little Liars: Original Sin episode 1, “Chapter One: Spirit Week,” Imogen goes to the school nurse’s office to talk about getting an abortion. However, the nurse reminds Imogen that she is six months pregnant, which means that getting an abortion is no longer an option. Interestingly, Imogen was at Kelly Beasley’s (Mallory Bechtel) party that occurred six months ago, meaning it is highly likely that the father of her child was also at Kelly’s party that night.

In addition, Imogen has mentioned that the father of her child is a lifeguard. Unfortunately, no lifeguards have been shown in Original Sin so far, but there is a chance a lifeguard could show up in one of Pretty Little Liars: Original Sins’ gory upcoming episodes. It’s also possible that the father of Imogen’s child attends a different school in the area, as people from all over the Millwood area were invited to Kelly’s party. In “Chapter One: Spirit Week,” Imogen mentions to the nurse that she and her mother were planning on raising the baby together, meaning that whoever the father is doesn’t want to help Imogen with the child.

Imogen admitted to Karen Beasley that she kissed Karen’s boyfriend, Greg (Elias Kacavas), during the events of Kelly’s party. This makes it possible that Greg to be the father of her child, but this theory is unlikely as Greg isn’t a lifeguard. This means it’s most likely that the father of Imogen’s child hasn’t appeared in Pretty Little Liars: Original Sin yet. Perhaps the father will be revealed in a future episode, even though he seemingly wants nothing to do with raising the child.

Pretty Little Liars has always included family dynamics, and the fact that one of the main protagonists of Pretty Little Liars: Original Sin is a young, pregnant teen greatly increases the tension of the show and makes the drama even more real. This means that the masked “A” character is attacking and torturing a pregnant teen, which makes the antagonist even more horrifying than they already were. It also shows how sinister Karen and Kelly Beasley can be, as they attempted to publicly humiliate Imogen by dumping red paint on her head.

Next: Original Sin Has A Scarier Villain Than Pretty Little Liars’ “A”

The next two episodes of Pretty Little Liars: Original Sin will release on Aug. 4 and 11, and the final three on Aug. 18.

Jase Smith is a writer for Screen Rant. Jase specializes in penning features for movies and television.

Raised in Wyoming, Jase loves the outdoors and enjoys spending time with his family and friends. Jase also watches as many movies as he can, excited to see what kind of stories they tell.