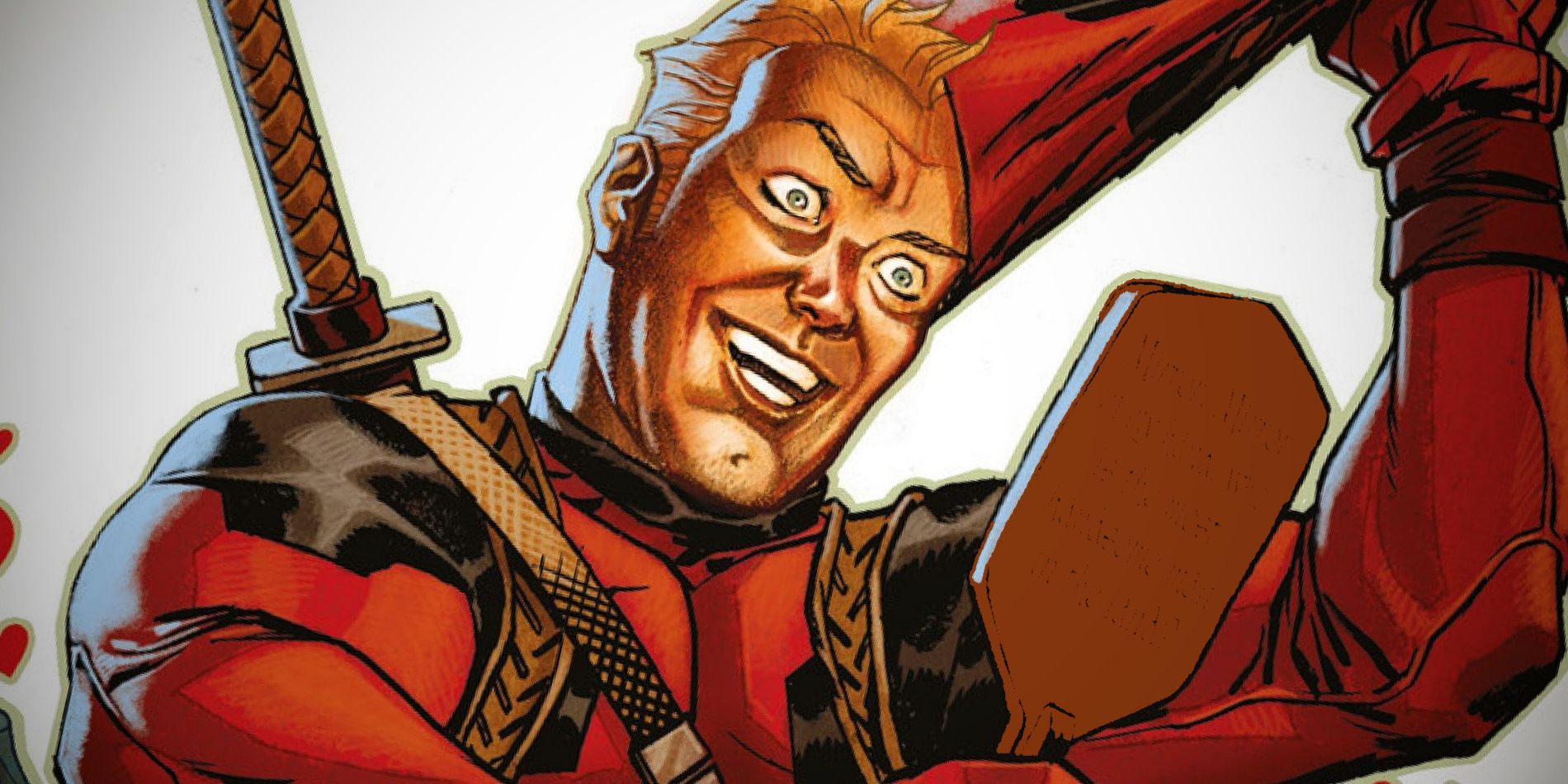 Marvel finally reveals exactly what Deadpool looks like without his horrific facial scars – and his face surprisingly resembles Ryan Reynolds.

Marvel’s Deadpool is known for his irreverent humor, incredible violence courtesy of his twin swords, and remarkable healing factor – but he’s also known for a truly gruesome appearance. Wade Wilson is a mercenary antihero with a terribly scarred face, courtesy of the same experiment that gave him his unique healing abilities that allowed Deadpool to survive his aggressive cancer. But despite his longstanding scars, Deadpool does have a canonical clean face without scars – and he even removes them from time to time.

Deadpool is a rather recent edition to the list of fan-favorite superheroes, debuting in 1991’s The New Mutants #98. A creation of comic book artist and writer Rob Liefeld, Deadpool began his life as a rather stoic mercenary; it wasn’t until several years later that his fourth wall-breaking powers emerged and his humor began to be more prevalent. One of the few 90s-era heroes to survive to the present day, Deadpool had garnered enough popularity to warrant two feature films (with a third well on the way) – and oddly enough, his appearance in the films is also canon in the comics.

Related: New Ant-Man Proves Deadpool’s Reign As Marvel’s Most Meta Hero Is Over

In Cable and Deadpool #2, written by Fabian Nicieza with art by Mark Brooks, an angry Deadpool removes his mask, revealing his blistering scars underneath. “If you looked like Ryan Renolds crossed with a Shar-Pei, you’d understand!” he explains. The book was written in 2004, over a decade before the first 21st Century Fox Deadpool film debuted in 2016. Thus, Deadpool’s canonical face resembles Ryan Reynolds – albeit he is blonde without his scars. Multiple comics showcase a very defined chin (especially in the 90s-era books showing his past) and a smile that betrays his insanity and inane sense of humor.

Deadpool occasionally regains his face sans scars – but much like Reed Richards’ many attempts to cure the Thing, status quo is more powerful than any solution and Wade will eventually regain his patchwork face. It must be noted that Wilson also resembles other famous actors besides Ryan Reynolds. In Deadpool #38, Thor’s trickster brother Loki curses Deadpool and onlookers mistake him for “Thom Cruise”, a thinly-veiled Tom Cruise reference. This is not Wilson’s canonical appearance, but it is interesting that he now resembles two celebrities instead of one.

Deadpool’s face will most likely never be permanently fixed, and his scars will remain. This is a staple of the character: a curse and a punishment for his freewheeling, violent days as a mercenary for hire. Deadpool may be a very funny character who frequently breaks the fourth wall, but his scares prove the very human flaws underneath his black-and-red signature costume.

Next: Deadpool Wants Revenge Against One Of His Most Popular Writers