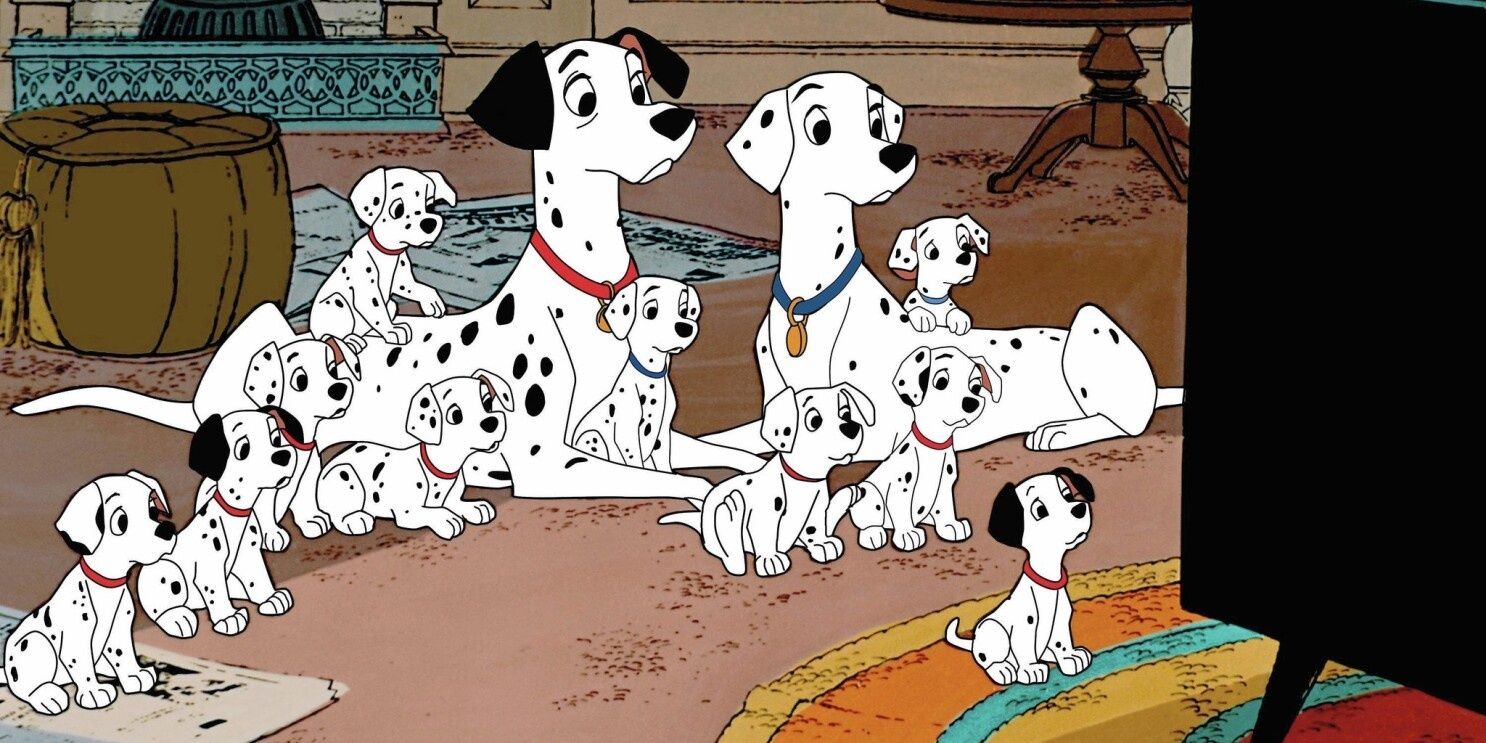 It’s that time of year when the sun is beating down, and all you want to do is chill in the A.C. and watch some TV with your pooch. Lucky for you, Disney+ has got you covered on what to watch with your best friend during these dog days of summer.

RELATED: Things To Watch On Disney+ To Kick Off The Summer

From movies starring loveable canines to shows all about precious pups to some of those famous Disneydogs, you and your pet will love these classic shows and films as you keep cool from that midsummer heatwave.

You may need to cover your dog’s eyes during some parts of this Disney classic, but not before he sees all one hundred and one pups scamper across the television screen.

101 Dalmatians made its debut in 1961 and has spun off sequels and remakes since then. It centers around a large family of dalmatians being sought after by the evil Cruella de Vil, a fashion designer who wishes to skin the puppies to make black-spotted fur coats.

This famous Pixar pup from Up stars in his very own Disney+ series, which debuted on the streaming service in 2021, only a few days after the passing of one of its stars, Ed Asner.

Following talking dog Dug, the show featured Bob Peterson as Dug and Asner as Carl on adventures as they settled back home after their trip to Paradise Falls, picking up right where the film left off.

Throwing it back to the iconic 2000s era of Disney Channel Original Movies, Life Is Ruff premiered on Disney Channel and stars That’s So Raven‘s Kyle Massey, Phil of the Future‘s Kay Panabaker, and Hannah Montana‘s Mitchel Musso.

When Massey’s Calvin is in desperate need of money to continue his comic book collection, he adopts a pooch named Tyco and enters him in a local dog show in hopes of winning the cash prize but unexpectedly falls in love with the dog in the process.

For all the puppies out there staying cool indoors this summer, they may want to get their fill of adventures from Bingo and Rolly, the lead pups on Disney Junior‘s Puppy Dog Pals.

This children’s show follows Bingo and Rolly on their wacky adventures around the world, usually all in an effort to help their owner Bob or their feline sister Hissy. And if your pups finish all five seasons, they can find more Bingo and Rolly in the series of shorts Playtime with Puppy Dog Pals.

Starring famous voices like John Travolta, Miley Cyrus, and Chloe Grace Moretz, the 2008 animated film Bolt is the perfect way to end a summer evening with your pooch by your side.

Travolta plays the titular character Bolt, a dog who sets off on an adventure to find his original owner, Penny — played by Cyrus and Moretz, respectively — after having starred in a TV show for most of his life.

While you may want to get some tissues ready for this one, The Fox and the Hound is a Disney classic that stars Kurt Russell and Mickey Rooney.

The iconic actors lent their voices to a dog named Copper and a fox named Tod, who become best friends as pups before putting their friendship to the test as they grow up and grow apart.

As far as Disney dogs go, Lady and Tramp are two of the most memorable, having starred in their very own film in 1955 and a 2001 direct-to-video sequel Lady and the Tramp II: Scamp’s Adventure.

Lady and the Tramp tells an unlikely love story between a pampered pooch named Lady and a stray dog named Tramp, who has one of the most iconic meals in movie history during their date at Tony’s.

‘Dog With A Blog’

If you and your dog are in the mood for a sitcom this summer, Disney Channel‘s Dog with a Blog will have you laughing and howling as you binge-watch its three seasons on Disney+.

The show follows a blended family whose antics — unbeknownst to them — are all being captured in an online blog written by their dog Stan, voiced by I’m in the Band star Stephen Full.

Stitch may not be a real dog, but he’s certainly considered a “Disney dog” for being the lovable pet that Lilo adopts in Lilo and Stitch.

Following a young girl and her adventures befriending a lost alien, this film will have you feeling all those puppy love vibes along with the summertime fun thanks to its beautiful, animated setting of Hawaii.

This classic short stars the most famous Disney dog of all, Mickey’s best pal Pluto. Society Dog Show was the 104th short in the Mickey Mouse series and the first to feature Pluto’s love interest, Fifi.

The short follows Mickey’s wacky adventures as he enters Pluto into several categories of a dog show, while Pluto’s only interest is wooing a female show dog named Fifi.