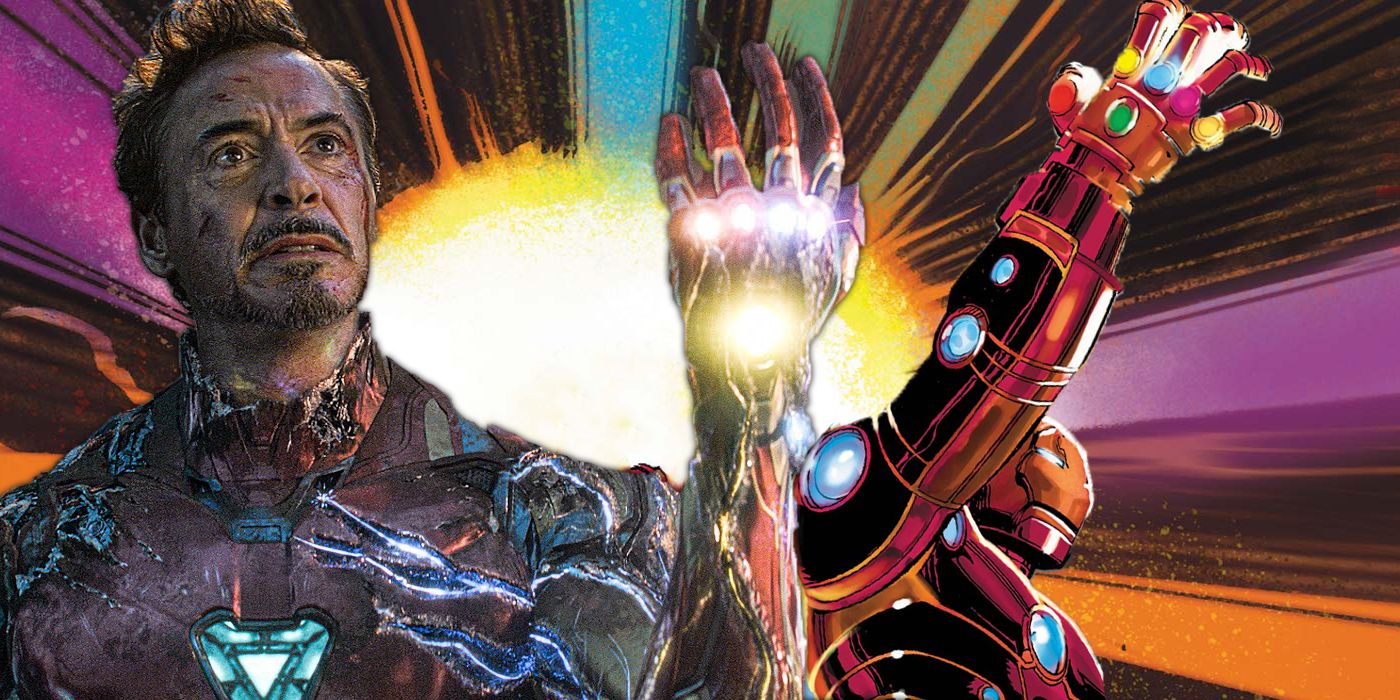 While Iron Man using the Infinity Gauntlet is an iconic moment in the MCU, in the comics it just proves how big of a hypocrite Tony Stark actually is.

While Iron Man using the Infinity Gauntlet is an iconic moment in the MCU, in the comics it just proves how big of a hypocrite Tony Stark actually is. When the Avengers stop the villain Hood from collecting all the Infinity Stones, Iron Man briefly holds infinite power in his hand. His declarations at that moment, when compared to his future actions, show that Tony is Marvel’s biggest hypocrite.

The Avengers got their first experience with the Infinity Stones during the iconic Infinity Gauntlet saga, when they found themselves in the middle of a war for absolute power over the universe, involving Thanos and Adam Warlock. Sometime after these cosmic events, the Illuminati, a secret cabal of the most influential superhumans on Earth, decided to collect the stones to keep them safe from evildoers. However, the villain Hood accidentally learned about their existence and poured all his resources into finding all the Infinity Stones. This forced the Illuminati to reveal their secret and alert the Avengers to try and stop Hood.

Related: Thanos Missed the Avengers’ Second Gauntlet Saga (Even If He Was There)

As a member of both the Avengers and the Illuminati, Iron Man was right in the middle of this battle for the future of existence in Avengers #12 from Brian Michael Bendis and John Romita Jr. In the climax of the fight, Tony gets all the stones and assembles the Infinity Gauntlet. When asked by the defeated Hood what he will do now, Iron Man makes a full speech. He says how he could make all the things he doesn’t like go away, including war, drugs, and his past mistakes, but then he would stop the human race from advancing, taking away free will and the ability to learn. It all sounds really wise and smart, however, when years later Iron Man gets imbued with the Power Cosmic, becoming the all-powerful Iron God, he does exactly the opposite. He forcibly changes the people of Manhattan into Stark-level geniuses, imposing his vision of a “better world” on others, without their consent.

It is actually really surprising that the assembled Avengers believed Tony’s Infinity Gauntlet speech. Over the course of the years, Iron Man has shown time and time again that he has a very flexible set of morals. He believes that the ends justify the means, and his morality and ethics are highly adaptable to what he considers the greater good of humankind and his own vision of progress. This attitude often led Iron Man into conflict with his fellow superhumans, especially Captain America, who has a strict moral code and adheres to it, no matter the circumstances. Tony’s experience with the Power Cosmic simply proved that he cannot be trusted with absolute power, as he lacks the unbreakable and incorruptible spirit needed to handle such a responsibility.

Iron Man’s Infinity Gauntlet moment in the MCU will always be remembered as a symbol of selflessness and sacrifice for the greater good. In the comics, instead, it just exposed how good Tony is at lying to his friends, as proved by the fact that, shortly after his speech, Iron Man pretended to destroy the Gauntlet while actually giving the stones to the Illuminati. Tony Stark’s Infinity Gauntlet speech could have been his most heroic moment ever, instead, it just exposed how big of a hypocrite Iron Man actually is.

Next: Thanos Is the Secret ‘Father’ of Venom’s Carnage Symbiote (No, Really)

90 Day Fiancé Stars Who Changed Their Looks With Botox

Francesco is Senior Writer for Screen Rant’s Comics section. In his spare time he is also a lecturer in History and Cultural Studies. You can get mad at him on Twitter @FrancCacc

The frenetic thrills of the Safdie Brothers’ second feature