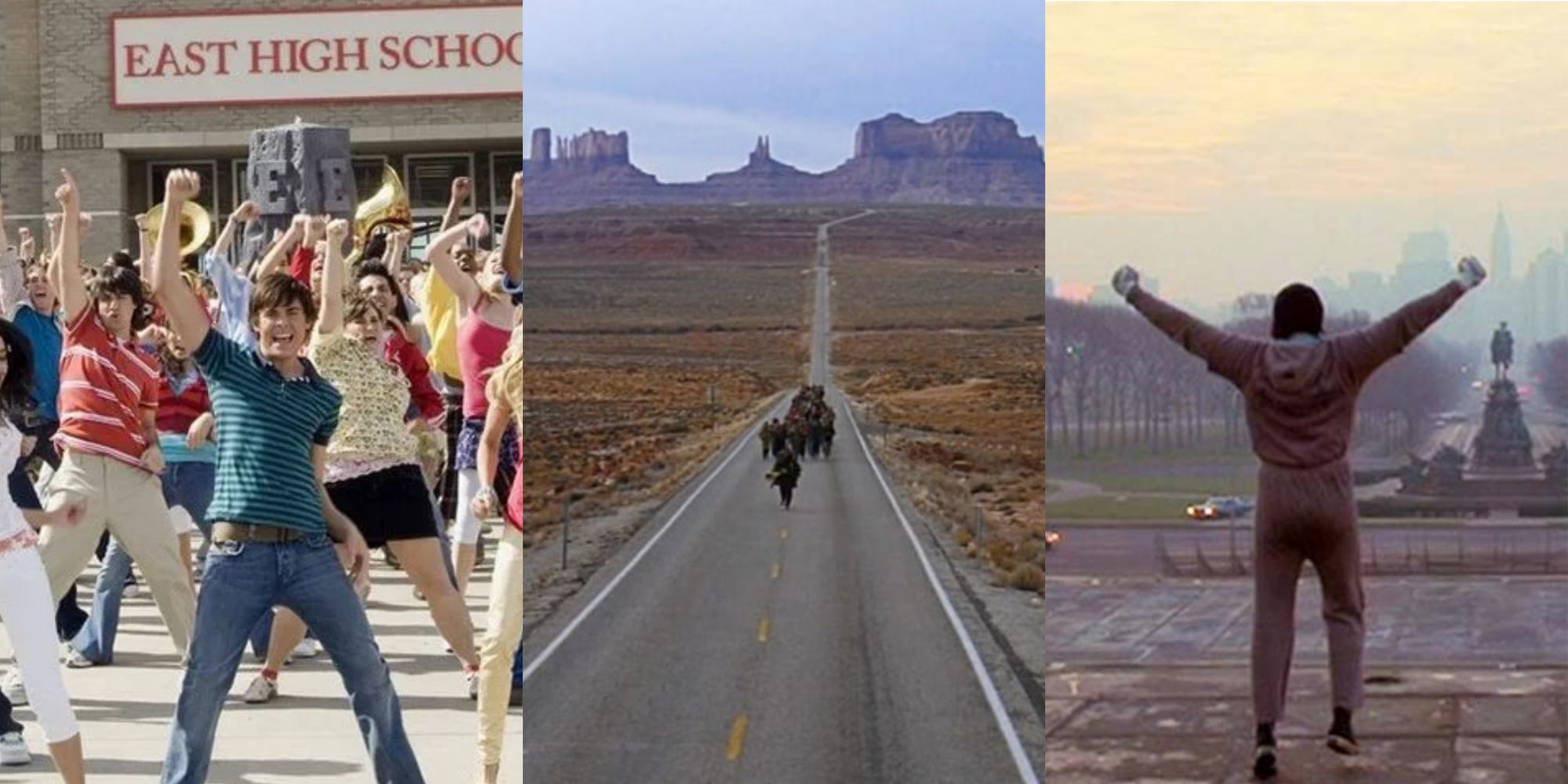 Have you ever watched a movie or TV show and wished you could visit there in real life? Be there where the magic (supposedly) happens, and your favorite characters come to life?

RELATED: Catchiest Sitcom Theme Songs We Still Sing Along To

It’s entirely possible to visit filming locations of several famous movies and shows throughout the country. Whether you want to sing and dance in front of East High, become an honorary Tanner, or run up the same staircase as Rocky, several filming locations exist for fans to tour and take photos of.

Although Full House is remembered for its loveable cast of characters, including Danny Tanner, Uncle Jesse, and Joey, the exterior of their beloved San Francisco home could typically be seen in every episode.

While the inside may not match the outside, the house from the iconic sitcom still stands on Broadrick Street in San Francisco, California, open to photographs but no trespassing per the current owner’s request.

Considering this DCOM is called High School Musical, it’s understandable that a high school would be the primary setting of the 2006 film and its sequels.

The high school attended by Troy, Gabriella, Sharpay, and others is called East High in both the movies and in real life. Located in Salt Lake City, Utah, this school is home to the Leopards rather than the Wildcats and has turned into a tourist location even for HSM alums Zac Efron and Vanessa Hudgens in 2022.

The purple door, the yellow peephole door frame, the blue kitchen. Every inch of Monica and Rachel’s apartment on Friends is memorable, and the exterior is even more recognizable if you’re walking the streets of New York City.

Located on the corner of Bedford Street and Grove Street, the iconic apartment building stands for tourists to snap photos of, despite being home to real-life residents.

Crystal Lake is the famous, haunted lake from the Friday the 13th franchise, typically where Jason Voorhees stalks his prey in his iconic hockey mask for going on his mass murdering sprees in the 80’s slashers.

The actual Crystal Lake seen in the film can be found in New Jersey, where the campgrounds offer spooky tours and horror movie screenings at the memorable movie location.

A Christmas Story starts with a sweet shot of the Red Ryder BB gun and narration by writer Jean Shepherd as he introduces the audience to the “old house on Cleveland Street.”

Although Ralphie grew up in Indiana, the real-life house can be found in Cleveland, Ohio, and is used as a tourist activity year-round for fans of the Christmas classic, even offering overnight stays.

For Sex and the City fans, Carrie Bradshaw’s apartment was a memorable part of the show, and the building used for the exterior shots can be found in New York.

RELATED: How ‘Sex and The City’s Abortion Episode Pushed the Series Forward

It’s at 64 Perry Street that the famous stoop was seen during the first three seasons, then at 66 Perry Street, you’ll recognize the apartment exterior from the following seasons.

While Chicago Fire — along with Chicago Med and Chicago P.D. — has plenty of filming locations scattered around Chicago, a memorable one from the show is the bar used during scenes at Molly’s.

The interior of Lottie’s Pub has been seen in several episodes — despite being referred to as Molly’s by characters on the show — and can be found on Cortland Street in Chicago, Illinois.

While Disneyland is often used as an on-location spot for ABC shows to shoot Disney-themed episodes, it’s rare for the magical theme park to be used as a movie set.

But for 2013’s Saving Mr. Banks — all about Walt Disney‘s journey of obtaining the movie rights to author P.L. Travers’ Mary Poppins – the film shot memorable scenes in the park, recreating Disneyland from the 1960s as Disney takes Travers on a personal tour of the park to sway her into allowing him to alter the Mary Poppins script.

It’s one of the most famous and reenacted moments in movie history when Rocky Balboa, played by creator Sylvester Stallone, runs up that staircase after training for his next fight.

You can recreate the iconic Rockymoment on the exact staircase that leads to the Philadelphia Museum of Art, where a statue of Rocky Balboa once stood before being moved to a new location in the museum’s courtyard.

KEEP READING: Iconic 80s Movies That Are Loved For Their Soundtracks