10 Great Books That Hooked Readers From The Very First Line 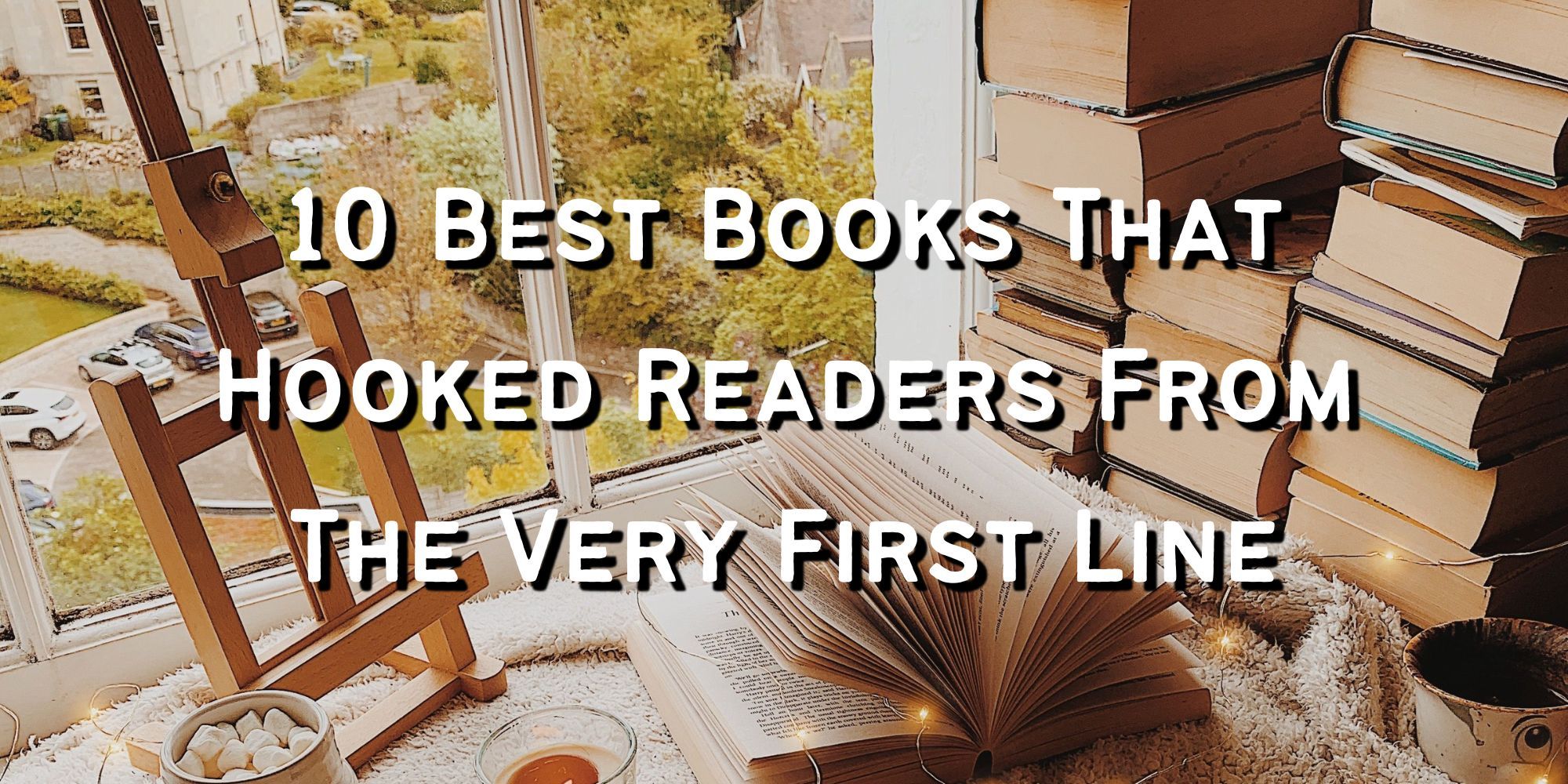 Even if you’re not a fan of love at first sight, you have to agree that the lure of its intensity is too hard to resist. It might not be wise to act on love at first sight with humans, but that doesn’t have to be the case with books.

For centuries, great books have captured readers just by their first lines. Mere words, but confounding, shocking, or simply intriguing enough that you’re ready to sacrifice over five hours figuring out the book. It’s time you discover some of these classics. But remember, don’t judge a book by its cover; judge it by its hook.

‘The Princess Bride’ by William Goldman

First Line: “This is my favorite book in all the world, though I have never read it.”

If you’re wondering how a person can love a book without ever reading it, it’s time you pick up this masterpiece. While countless people are familiar with the 1987 blockbuster starring Cary Elwes and Robin Wright, not everyone has had a chance to live through William Goldman’s masterwork on paper vicariously. In a Renaissance-era world, Buttercup lives on a farm in Florin. She abuses her ranch hand, Westley, but he always complies, telling her, “As you wish.” It’s not long before she realizes he’s been saying, “I Love You” all along.

‘The Bad Beginning’ by Daniel Handler

First Line: “If you are interested in stories with happy endings, you would be better off reading some other book.”

While this may seem like a risky choice for the first line of a book, it hasn’t stopped millions of people from enjoying it. The first book in A Series Of Unfortunate Events series, The Bad Beginning by Lemony Snicket, is a young adult mystery book that tells an unhappy tale about three very unlucky children. True to its word, the series is sad, not funny or cute sad, but pure, unfiltered sadness seeping through the pages and attacking your heart.

‘Shatter Me’ by Tahereh Mafi

RELATED: Best Enemies To Lovers Books To Read Right Now, According To Reddit

The last time she touched someone, seventeen-year-old Juliette was charged with murder. Her touch is lethal, and the Reestablishment wants her banished forever. They have bigger problems to deal with anyway. But when survivors revolt, they want to put Juliette to good use because she’s the only one who can save them now. Juliette must make a choice: be a weapon, or be a warrior. With an exceedingly incredible plot, Shatter Me should be the next book you’re reading, no matter what you have to abandon for it.

First Line: “I hear the crack of his skull before the spattering of blood reaches me.”

RELATED: Best “Couldn’t Put Down” Books To Get Out Of A Reading Slump

And that’s how Colleen Hoover‘s unputdownable thriller begins. Lowen is a struggling writer who gets a life-changing opportunity to complete the successful series of bestselling author Verity Crawford after she’s bedridden. Verity’s husband, Jeremy Crawford, is kind enough to offer her a place to stay while she finishes the series, but there’s a connection between them that neither can deny. But things turn upside down when Lowen discovers Verity’s unfinished autobiography: a manuscript that wasn’t meant to be read by her or anyone.

First Line: “Depending on who—sorry, whom—you ask, I may have killed my three best friends.”

Carver Briggs has it all — three amazing best friends, supportive parents, and a glowing reputation as a talented writer at his high school, Nashville Academy for the Arts until one text demolishes everything he has built. Immediately after Carver sends the message to Mars, Mars, Eli, and Blake are killed in a car crash. So naturally, everyone is blaming him, except for some unexpected allies. Blake’s grandmother wants to have a goodbye day with him to remember their lost loved one. But when everyone insists on having a goodbye day, is Carver about to say goodbye to his life too?

‘The Kinder Poison’ by Natalie Mae

An ironic yet relatable start, Natalie Mae did a great job with Kinder Poison. The book follows Zahru, a lowly Whisperer who dreams of having the incredible adventures she’s only ever heard of in stories. Any hope Zahru has of escaping the cruel kingdom of Orkena is lost when she decides to sneak into the castle one night and finds herself becoming the Crossing’s human sacrifice to resolve a feud between the heirs. She has only one chance of saving herself: if she figures out how to overcome the most dangerous people in the world.

First Line: “When I was born, the name for what I was did not exist.”

In the house of Helios, god of the sun and mightiest of the Titans, Circe was a strange child. She is powerless, much like the mortals. But when she discovers her superpower: witchcraft, Zeus is threatened. She is banished to a deserted island where she practices her skills and hones her craft. But a woman of power has enemies uncountable. Circe must choose where she belongs: the gods she was born to or the mortals she’s come to love.

‘We Hunt the Flame’ by Hafsah Faizal

First Line: “People lived because she killed. People died because he lived.”

Mentioning the first line alone would make sense too, but these two belong together, both the lines and Zafira and Nasir. Zafira is a hunter who poses as a man when traversing the cursed forest of the Arz to feed her people, and Nasir is a cruel prince who plans to assassinate those who defy his autocratic father, the Sultan. Everyone would reject all of Zafira’s achievements if she were outed as a girl, and Nasir’s father would punish him if his compassionate side were ever in sight. They’re both legends in the kingdom of Arawiya, but neither wants to be.

‘The Cruel Prince’ by Holly Black

First Line: “In Faerie, there are no fish sticks, no ketchup, no television.”

Holly Black made quite a genius move with this first line because whether or not you love fish sticks, Faerie feels worse than a prison. And you don’t even know how it could be, especially for Jude, a seventeen-year-old mortal trying to fit in a place where she doesn’t belong and maybe isn’t even welcome. Jude will do anything to belong, including defeating the notorious Prince Cardan. She hates him, sometimes so much that it becomes hard to breathe.

‘To Kill A Kingdom’ by Alexandra Christo

First Line: “I have a heart for every year I’ve been alive.”

The most lethal siren royalty of all, Princess Lira has the hearts of seventeen princes in her collection. But when fate leads her to kill one of their own, her mother, the Sea Queen, transforms Lira into a human. Can she deliver Prince Elian’s heart to the Sea Queen by the winter solstice? Or will Elian be the one who captures hers? A beloved retelling of The Little Mermaid, Alexandra Christo‘s ‘To Kill a Kingdom’ is a definite recommendation if you want to leap into the world of fantasy.