‘We also know how to engage in politics of making people change their parties,’ says Maryam 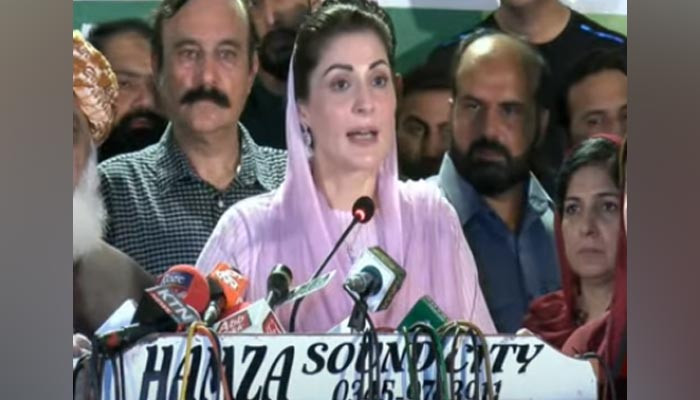 ISLAMABAD: If the PTI wants to apply political tactics and make people change party positions, then the coalition government also knows how to engage in that kind of politics, said  PML-N Vice President Maryam Nawaz during a press conference on Thursday.

Her comments came following a meeting of the Pakistan Democratic Movement’s (PDM) chiefs to chalk out a future strategy after the coalition parties suffered a major setback in Punjab.

On Tuesday, the Supreme Court of Pakistan instated PTI Chairman Imran Khan-backed Pervez Elahi as Punjab’s chief minister and removed PML-N leader Hamza Shahbaz from office, whose party is the major stakeholder in the coalition.

Berating the judiciary, the PML-N leader said that the verdict was not in the favour of forming a full court because it was an “injustice and a one-sided decision”.

The court handed over 25 of our members, including PML-Q’s 10 members, to Imran Khan, said Maryam. “This verdict ended the justice system.”

Demanding the Election Commission of Pakistan (ECP) announce the verdict on PTI’s foreign funding case, Maryam said that the commission should break its silence or the coalition parties will stage a sit-in outside ECP’s office.

“We want the ECP to issue a verdict in the foreign funding case as soon as possible. It has been proved that Imran Khan has taken funding from Indians and Israelis,” added the PML-N vice president.

Maryam added that the PTI chief himself elected the chief election commissioner. “Khan used to praise the ECP but now is blaming the commission in a bid to pressurise it.”

On the other hand, PDM chief Maulana Fazlur Rehman also stressed that the verdict on the foreign funding case, which has been delayed for the last eight years, should be announced soon. “It has been proved that the PTI concealed the details of their accounts from the ECP,” he added.

Talking about the PDM meeting, Fazl said that it is going to continue for a few more days and a joint strategy will be decided by taking the opinions of all political parties involved.

The JUI-F chief said that it was a challenge for the coalition government to save the reputation of the country. He also criticised the Supreme Court’s decision of electing Elahi as the chief minister and said that it has created a crisis in the country which is culminating in economic turmoil.