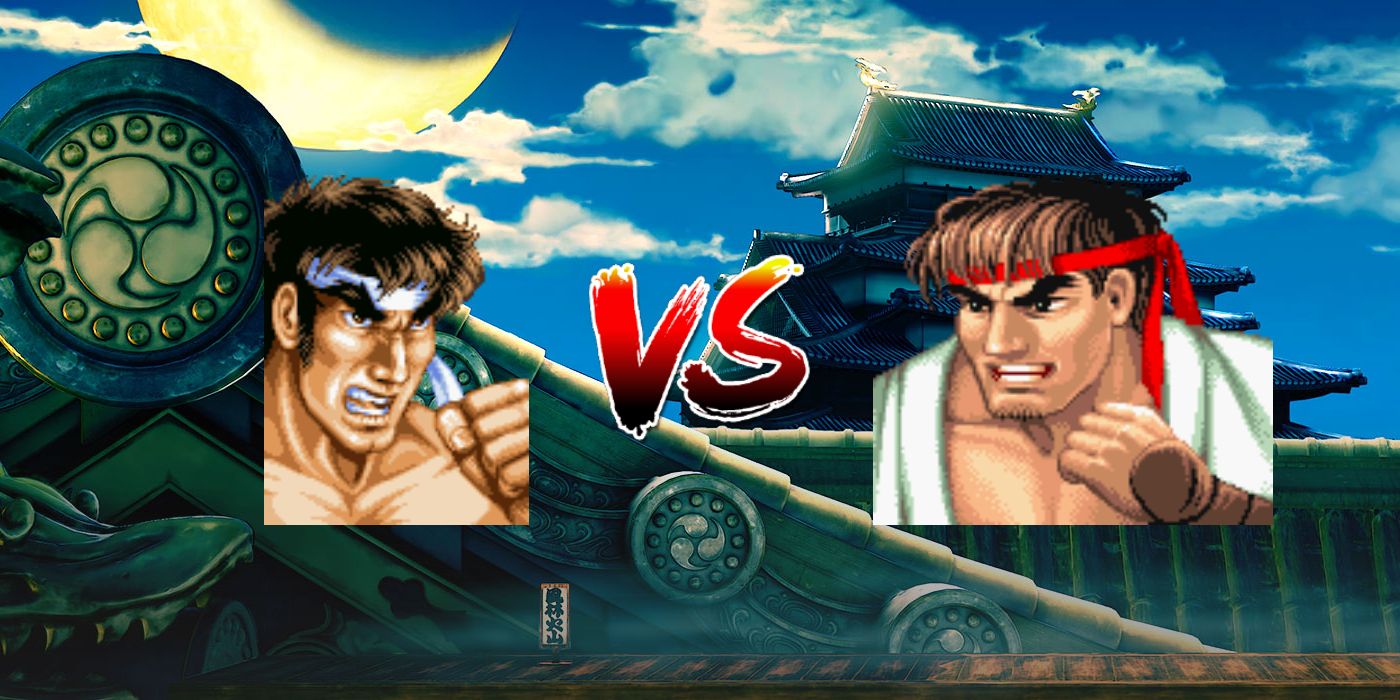 The release of Street Fighter 2 changed fighting games forever, but it could’ve been viewed less favorably had Capcom succeeded in a legal dispute.

Capcom’s Street Fighter paved the way to effectively revolutionize the fighting game genre as fans know it today, but the series may have been viewed less positively had a legal battle gone down differently. The impact of Street Fighter 2‘s success is still felt to this day with many fighting games taking some inspiration from the title, and Street Fighter penetrating pop culture as a whole. Capcom’s take on fighting games was seen as an innovation for the genre, but with the release of a rival fighting game, Street Fighter 2 could’ve ruined the game industry and game development for future generations.

In 1993, developer Data East released Fighter‘s History, a 2D fighting game that was released for Arcades and the SNES. Released two years after Street Fighter 2 had made its way into the mainstream and changed fighting games forever, Fighter’s History notably shared many similarities with Capcom’s flagship fighter. These similarities eventually became too large to ignore, leading to Capcom filing a lawsuit against Data East for copyright infringement. The lawsuit threatened to stop any further release of the title, potentially changing the course of gaming history as a result.

Related: Why Street Fighter 6 Looks So Much Like Final Fight

Street Fighter 2 found ways to continuously reinvent the wheel of the fighting game genre, as well as the gaming industry more generally. Whether it was through the revisional releases that have now become more commonplace in gaming or the unintentional factors such as a bug leading to the birth of combos in fighting games, SF2‘s influence is felt in many facets of game design. Taking Data East to court over Fighter’s History was done in an effort to protect Capcom’s own innovations at the time, but the long-term effects of this lawsuit, if it were successful, could’ve been detrimental to game development in the future.

Speaking with Polygon, Street Fighter 2 designer Akira Nishitani stated, “Fighter’s History was pretty similar, and during that time a lot of people would come up to people at Capcom, come up to Mr. Tsujimoto, and say, ‘Are you sure you’re going to let this go? You can’t really let this go. This is really bad.'” Similarities between the two games were demonstrable right down to various UI elements and character designs borrowing heavily from Street Fighter 2‘s own, a factor with which the presiding Judge William H. Orrick Jr. also agreed. However, Capcom’s broad approach to the lawsuit itself had an inverse effect on the proceedings.

An issue of Play Meter Magazine from the time has quoted Data East President Tetsuo Fukuda as saying, “…Capcom has brought this suit, unilaterally casting Data East in the role of ‘bad guy’. This must never be permitted. Capcom has brought the current charges simply in order to monopolize the market.” Judge Orrick Jr. saw this lawsuit through a similar lens, ruling in favor of Data East under the notion that while there were similarities, many of the similarities claimed by Capcom were arbitrary and required of the genre such as particular punches and kicks at a time before more unique fighting games would break the mold. Thus, the copyright protection was refused on the grounds that granting the protection could result in a monopoly on the concept.

Capcom’s intent to protect its copyrights may have been with good intentions, but a successful victory on that day may very well have changed game development as fans know it today. A victory would have set a precedent and potentially given Capcom a monopolistic grip on the fighting game genre and allowed other companies to do the same in separate genres. While people may have already seen notable attempts at the very thing – such as Warner Bros. filing a patent for Middle-Earth: Shadow of Mordor‘s Nemesis System – it may be safe to say that overarching protection on the development of a gaming genre may be out of reach. Fighter’s History has since seen a re-release as part of Nintendo Switch Online, while Street Fighter, like all other fighting games, continues to evolve.

Lawrence Maldonado is a writer, editor, and lifelong video game nerd born and raised in Brooklyn, New York. He has edited an eBook by voice actor Erin Fitzgerald while also having done work as a Community Editor for Koei Tecmo. On the side, he would write articles and blogs about video games and the industry in general, leading him to cover games on Screen Rant as a freelance writer and joining the Talent Acquisition team for Gaming Features, News, and Guides less than a year later.

While he remains a multi-faceted Man of Intelligence, his focus in fighting games has led him to being a World Warrior in Street Fighter to a King of Fighters to even commentating Virtua Fighter tournaments. When not fighting one-on-one, he could be found fighting whole armies in various Musou/Warriors-based titles. His favorite video game of all time? The answer changes almost daily, with every generation offering a new perspective.