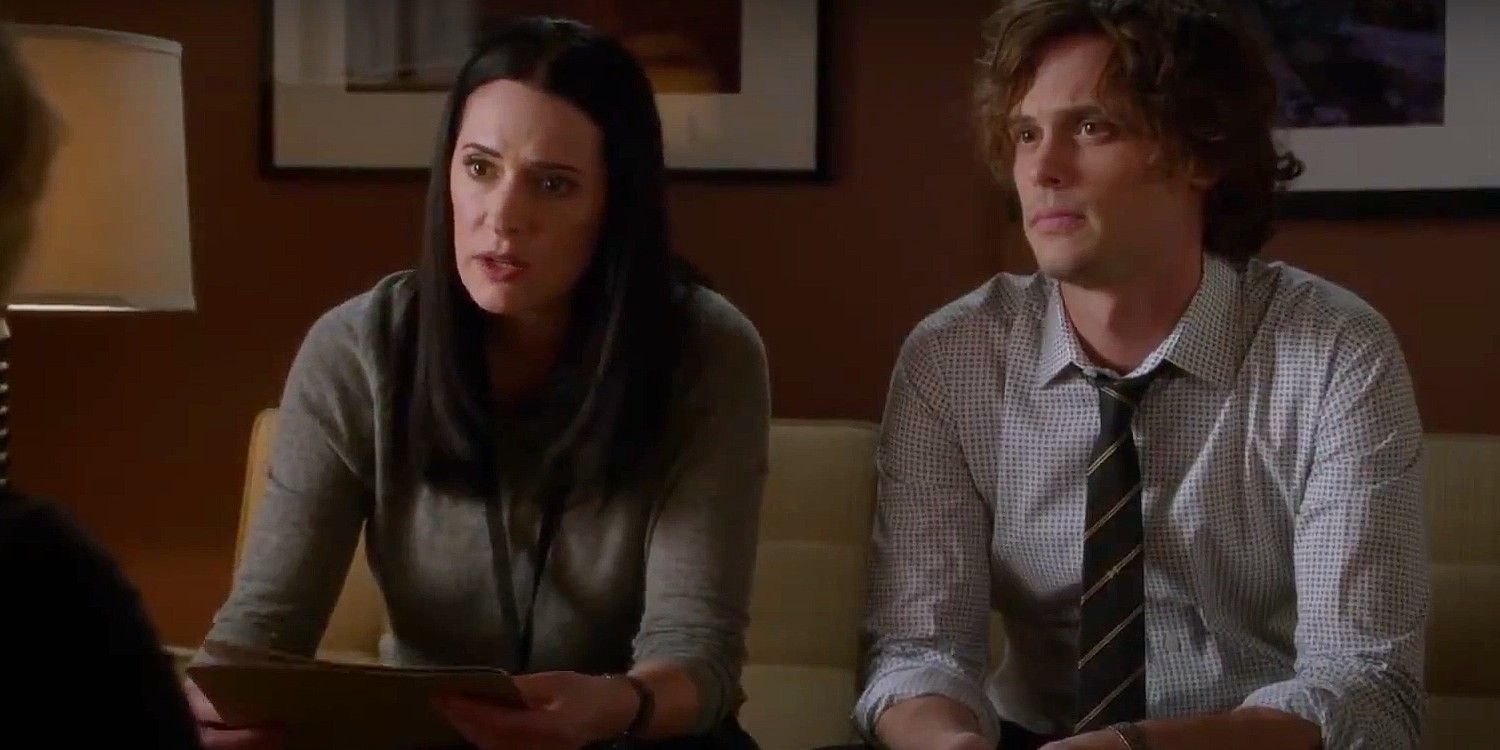 Following the news that Matthew Gray Gubler won’t be returning for Paramount+’s Criminal Minds reboot, Paget Brewster opens up about his exit.

Criminal Minds star Paget Brewster reacts to Matthew Gray Gubler not returning for the Paramount+ reboot. The hit CBS procedural went off the air in 2020, but enduring popularity for the series spurred Paramount+ to revive it a mere two years later. After a series of fits and starts, Criminal Minds has officially been picked up for a 10-episode season 16, which is set to begin filming soon. The reboot will focus on one case for the entire season, centering on an UnSub who has begun a serial killer network during the coronavirus pandemic.

From the start, Paramount+ pursued the original Criminal Minds cast for the reboot, and most of those who were a part of the show when it ended will be back. This includes Joe Mantegna, AJ Cook, Kirsten Vangsness, Adam Rodriguez, Aisha Tyler, and Brewster. However, Criminal Minds fans were shocked when it was confirmed that Gubler, who played the BAU’s resident genius Dr. Spencer Reid from the very first episode, would not be returning alongside his co-stars. Daniel Henney, who is now a series regular on Prime Video’s The Wheel of Time, will also be absent when Criminal Minds returns for its season 16.

Related: Everything We Know About The Criminal Minds Reboot

In a recent interview with Looper for her new film Hypochondriac, Brewster opens up about Criminal Minds returning without Gubler. Though filming has yet to begin, the actress has already reflected on working on the show without him, and she has come to terms with it. Brewster says:

Matthew was the only person in the last two seasons that had been in every single episode. He did 15 years straight through. From 25 to 40, the guy was on one show, and that’s when we shot 22, 24 episodes a year. He was never able to go do other stuff, so I understand. He wants to direct. He graduated from NYU to direct, and his first audition was “Criminal Minds.”

Imagine you never expected to be an actor and then suddenly it’s 15 years of your life. I understand why. I’m hoping he changes his mind, but I understand why he wants to do other things. I was gone from “Criminal Minds” for four years. I got to do a ton of other things that enriched my life and my resume, and my education, so I understand how he feels.

Daniel Henney is on “Wheel of Time” [that] shoots in Prague. They’re picked up for a few more years. Daniel won’t be able to rejoin us, but life is weird, and things happen. We don’t know what’s going to happen. I can’t tell you what I know about where we are — where “Criminal Minds” starts up — but I can tell you it’s really good. We start shooting [on] August 8th. That’s all I can tell you.

Though Criminal Minds is an ensemble show, Reid stood as one of its most prominent characters throughout its run. Intense fan response aside, Reid was at the center of several major storylines, including one where he was framed for murder by Aubrey Plaza’s Cat Adams. There’s no question that the dynamics of Criminal Minds will be different without him, and it certainly comes as a blow to those who have loved him across 15 seasons. However, as Brewster points out, the original Criminal Minds took up a large portion of Gubler’s life. Though he has also appeared in projects like (500) Days of Summer and Dollface, he remains best known for playing the adorably quirky Reid. Therefore, it is understandable that he might want a change.

Should Paramount+ keep the Criminal Minds reboot moving beyond its first season, there could be room for Gubler to put in another appearance as Reid at some point down the line. Brewster herself admits to not knowing what the future will hold. Regardless of whether or not he appears onscreen, it can be assumed that Criminal Minds will find a way to acknowledge Reid. JJ (Cook) is bound to have spoken to him recently, and Garcia (Vangsness) would never let any member of the BAU get too estranged from the core group. Without Gubler, Criminal Minds will feel rather strange, but perhaps now is the time for other characters to step into the spotlight and shine.

Rachel LaBonte is one of Screen Rant’s core news editors, as well as a feature and movie review writer. A graduate of Emerson College, she majored in Media Arts Production while specializing in screenwriting. She’s been a writer ever since high school when she realized she was rather good at it and joined as many entertainment news clubs as she could while in school. Most notably, she wrote for Emerson’s website Emertainment Monthly, and one of her film reviews won an Evvy (Emerson’s student awards) for Best Review. Her deep love of movies led to her working at a movie theater for five years, which she loved despite the angry customers. An avid reader who constantly buys books before reading the ones she already owns, Rachel is a huge fan of superheroes (especially of the Marvel variety) and wizards and will likely never be able to catch up on all the movies/TV shows she longs to watch.