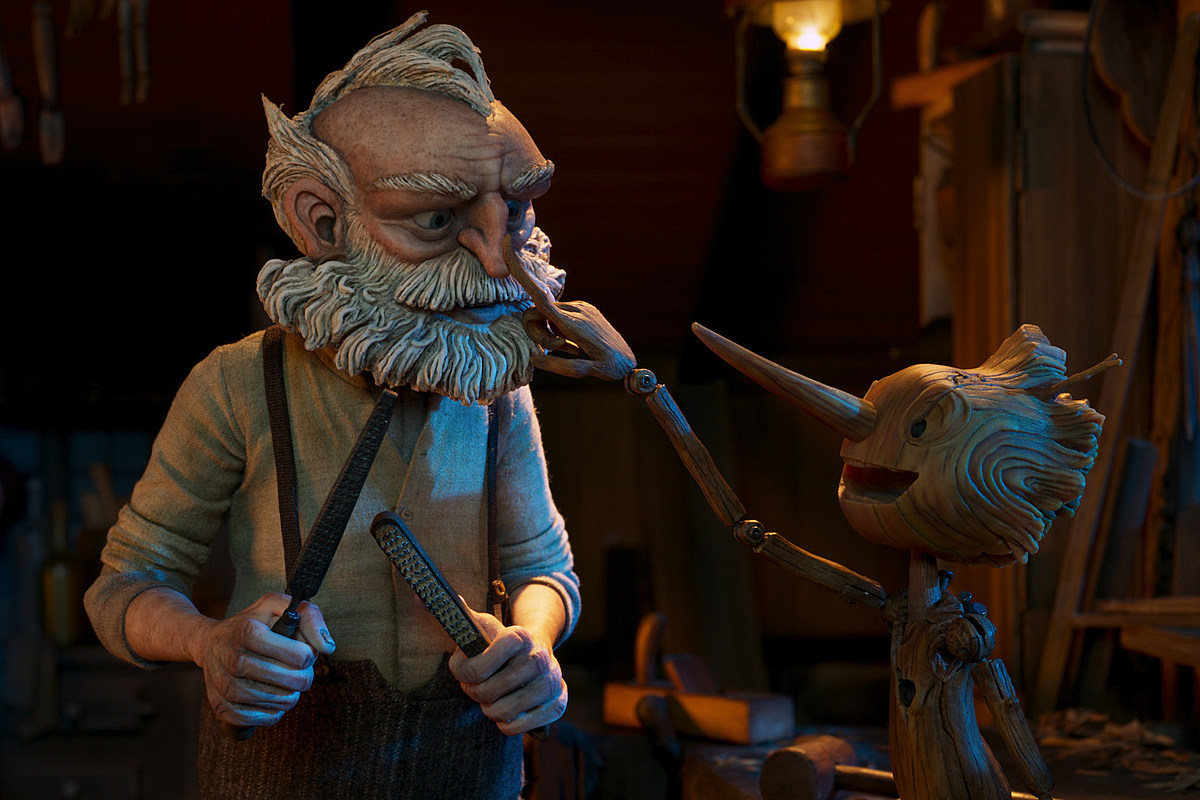 Guillermo del Toro‘s long-awaited Pinnochio has finally gotten an official trailer. The movie has been in the works for a long time, and despite the wait, it’s here. Netflix, Jim Henson Productions, and ShadowMachine are coming together for what is Guillermo del Toro’s first animated feature. While it’s always a more painstaking process than CGI, the stop-motion animation in the film’s trailer speaks for itself.

The film was notoriously stuck in development hell for over a decade at this point. It was officially announced the movie back in 2008, and the movie was officially due for release sometime back in 2013 or 2014. At that point, the production went dark and there was no indication as to whether it was even still in the works for a long time. In 2017, del Toro explained that he would need an additional $35 million to properly finance the film, but no one was willing to invest. Luckily, in 2018, it was announced that Netflix would produce the film.

In the trailer, we hear Sebastian J. Cricket narrate to us a story of love and loss. Master Geppetto is an old man who lost his son and misses him desperately. Eventually, he gets the idea to create a new son out of wood.  They dub him Pinocchio. It’s also hinted that Pinocchio’s soul is borrowed. Perhaps it’s the soul of Geppetto’s first son? Anyway, as we all know, if Pinocchio ever hopes to become a real boy, he has to resist the trials and temptations of coming of age and remain pure at heart. At the same time, it’s a story of how we all fall short of the expectations of others. Nobody’s perfect, not even someone who was hand-crafted.

The official synopsis is as follows:

Academy Award®-winning filmmaker Guillermo del Toro reinvents Carlo Collodi’s classic tale of the wooden marionette who is magically brought to life in order to mend the heart of a grieving woodcarver named Geppetto. This whimsical, stop-motion film directed by Guillermo del Toro and Mark Gustafson follows the mischievous and disobedient adventures of Pinocchio in his pursuit of a place in the world.

The film is set to premiere in select theaters in November and will be streaming on Netflix worldwide in December. It stars the likes of Ewan McGregor, Gregory Mann, David Bradley, Ron Perlman, and Finn Wolfhard.

The Most Popular Films on Netflix

These are the ten most popular films (in English), based on hours viewed in their first 28 days on Netflix. (The numbers come from Netflix’s official site.)