Home Video 10 Best Episodes of The Boys Ranked, According to IMDb 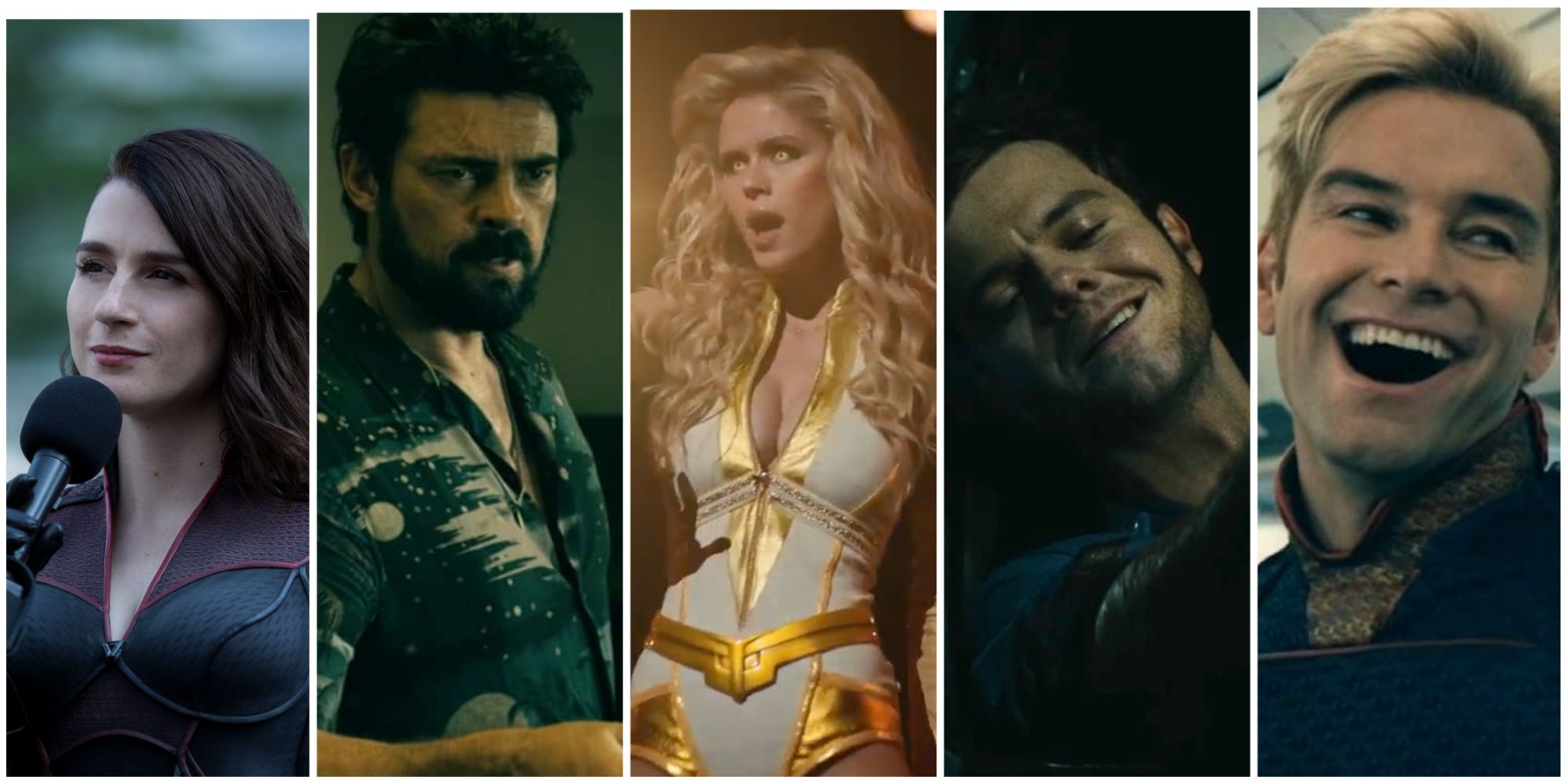 
In just three seasons The Boys has delivered some of the most memorable moments in recent television. The hit show has become a phenomenon, with several episodes that will leave a lasting imprint on how viewers feel about the show and superheroes in general. The show continues to build from a strong foundation, making it feel as though the show is growing with each and every episode.

Related: ‘The Boys’ Shows the Scariest Villains Are Among Us

The anticipation for the fourth season will continue to grow as fans will spend this time between seasons trying to figure out where The Boys is going to take them next. The best way to cultivate that anticipation is by looking back at the remarkable three seasons, and identifying the best episodes the show has to offer.

The first season laid down the foundation that allowed the next two seasons to flourish, and there is no doubt that “Female of the Species” is one of the most important episodes. The most significant part of this episode is the introduction of Kimiko (Karen Fukuhara).

This episode also reveals a new depth of evil from Homelander (Antony Starr) as a mishap on a mission to rescue a hijacking prompted him to abandon the plane letting it crash with all the passengers inside. The trauma Queen Maeve (Dominique McElligott) experiences by having to let all the innocent people die guides her characters throughout the rest of the show.

“The Self Preservation Society” is the most crucial episode in the first season, directly altering the trajectory of multiple characters in the show. Starlight’s (Erin Moriarity) and Hughie’s (Jack Quaid) relationship may never be the same because, through Mesmer’s (Haley Joel Osment) betrayal, Homelander reveals to her that Hughie has been working against the Seven.

This reveal also ensures that the Seven are fully aware of whom the Boys are, making everything they need to do from that point on significantly more difficult. With aspects of Homelander’s past being revealed, as well as Hughie telling Starlight about where her powers come from, both the past and the future of the show are looked at differently following this episode.

“The Bloody Doors Off” offers fans some of the most exciting action seen in the series, along with information that directly impacts how viewers perceive the characters. The appearance of Lamplighter (Shawn Ashmore) at Sage Grove prompts flashbacks that reveal what happened when Grace Mallory’s (Laila Robins) kids were killed, and the responsibility Frenchie (Tomer Capon) felt for that because he abandoned his post to help an overdosing friend. The Boys also learn at Sage Grove that Vought is experimenting with compound V on mental patients, and burning any evidence that is left.

Related: The Cast Breaks Down 7 Highlights From Season 2

After Homelander gets frustrated by his feelings for Stormfront (Aya Cash), she finally reveals her true nature and her actual intentions with Compound V and Vought.

“Glorious Five Year Plan” is one of the most devasting episodes in the series, with truly irreparable damage being done to almost everyone involved. Frenchie is forced to go back to his old boss Nina (Katia Winter), a relationship he had hoped was over forever. Hughie and Butcher (Karl Urban) both cross yet another line after Hughie discovers Butcher’s use of the temporary compound V. Stan Edgar (Giancarlo Esposito) is betrayed by his daughter, Victoria Neuman (Claudia Doumit), who did so in order to protect herself and her child from Homelander.

The Boys also discover that there was no actual weapon that killed Soldierboy (Jensen Ackles), ruining all their plans in Russia. To make matter worse, it is revealed that Soldierboy was still alive, and after the Boys unknowingly release him, Kimiko gets blasted by him and is unable to heal herself.

“Here Comes a Candle to Light You to Bed” is one of the deeper and most psychological episodes of the series. The truth behind Butcher’s past is revealed after Mindstorm (Ryan Blakely) traps him in a perpetual nightmare. The true reason why Homelander is keeping Maeve alive is revealed as Homelander taunts her with his plan to keep her alive for her genetics in breeding more children.

This episode also reveals perhaps the single most important piece of information as Starlight discovers the side effects of the temporary Compound V. Once Butcher finds out that just three to five doses are enough to kill a person, both the role of him and Hughie is brought into question given that both of them have used it multiple times at this point.

For several reasons, “Over the Hill With the Swords of a Thousand Men” is one of the most impactful episodes in the series. The trajectory of what both sides have planned drastically shifts when Starlight is able to leak to the media their findings about compound V. While that is going on, Homelander finally gets through to his son in a twisted way. Homelander is able to push Ryan (Cameron Crovetti) by being aggressive with his mother and as he pushes Homelander to the ground, there are no more doubts about his potential powers.

The role Kimiko plays has a huge shift because following the encounter where Homelander pushes Starlight to kill Hughie, only to have him saved by Kimiko’s brother’s powers, they are confronted by Stormfront. Kimiko and her brother, however, are clearly no match for Stormfront, who shows how deeply evil she is by brutally murdering Kimiko’s brother.

“Butcher Baker, Candlestick Maker” is one of the most twisted episodes in the series, beginning with a civilian being inspired by Stormfront to go into a convenience store and kill the man behind the desk. The disturbing nature of their manipulation is further reinforced when they discover that Starlight has been taken captive, which prompts Hughie to take Lamplighter on a rescue mission. Hughie is successful, but Lamplighter sets himself on fire, taking away the most important witness they had for the congressional hearings against Vought.

The fate of Ryan takes a dark turn when Homelander and Stormfront convince him that his mother has been lying to him. That betrayal leads to Homelander flying away with Ryan, leaving his mother helpless. Once the hearings come around, the Boys manage to find a new witness to testify after the death of Lamplighter and Vogelbaum (John Doman) proves to be a valuable asset. That is until everyone’s heads start exploding, leading to absolute carnage at the congressional hearing.

The finale of the first season has some of the most exciting twists, while also revealing information that is crucial to the seasons that follow. Most importantly, Homelander reveals that he is the one that is making the super-terrorists and takes pride in the fact that the timing means the government has to let them into the military. Hughie is forced to question the status of his relationship with Starlight, who refuses to help him out of distrust because of his deceit throughout the first season. There is redemption, however, when Starlight saves the day after A-Train (Jessie Usher) finds the Boys trying to rescue Kimiko. A-Train may have stood a chance, but a heart attack because of Compound V makes sure they are able to escape unharmed.

Butcher then stoops to a new low and takes Stillwell (Elisabeth Shue) hostage, thinking that she was Homelander’s only weakness. When Homelander arrives, however, his tone indicates he does not fear the death of Stillwell. Homelander reveals he discovered that she lied about Rebecca (Shantel VanSanten) and his son dying during childbirth and burns her face off with his eye beams.

The Season finale of the second season has several kinds of betrayal, that impact all characters involved. A chain reaction is started when A-Train is told he will not be rejoining the Seven with The Deep (Chace Crawford), largely because of Stormfront’s racist tendencies. A-Train responds by giving Hughie and Starlight information about Storemfront’s Nazi past. The boys then use the chaos created by releasing this information to partially stun Homelander in order to retake Ryan and reunite him with his mother.

The most important development, however, is after Stormfront catches up with Billy and Becca with Ryan, she begins choking Becca to death. Ryan then finally unlocks his powers and blows Stormfront off his mother, burning her limbs off. In the process, however, Becca took collateral damage to the neck and ends up dying in Billy’s arms, scarring both him and Ryan in an irreparable way.

Herogasm quickly became the most iconic episode in the series, and it is all set up by the annual herogasm, where a collection of superheroes get together and explore all aspects of their sexuality, often involving their various powers. The Boys, however, are not there for the sexual endeavors, because they are trying to locate some of Soldierboy’s former teammates who betrayed him in the past. Homelander also has the same information and ultimately leads to a showdown that creates some of the most brutal carnage for all those involved with herogasm.

In this showdown, we learn that just Soldierboy does not have the raw strength to beat Homelander, but he has enough to do some damage. With both Butcher and Hughie helping with their temporary compound V they get their closest chance to strike Homelander as they hold him down. Moments before Soldierboy is going to blast him, Homelander is able to break free, making it abundantly clear that they keep running out of ways to be able to take down Homelander.

Keep Reading: 10 Exciting Things to Expect in ‘The Boys’ Season 4 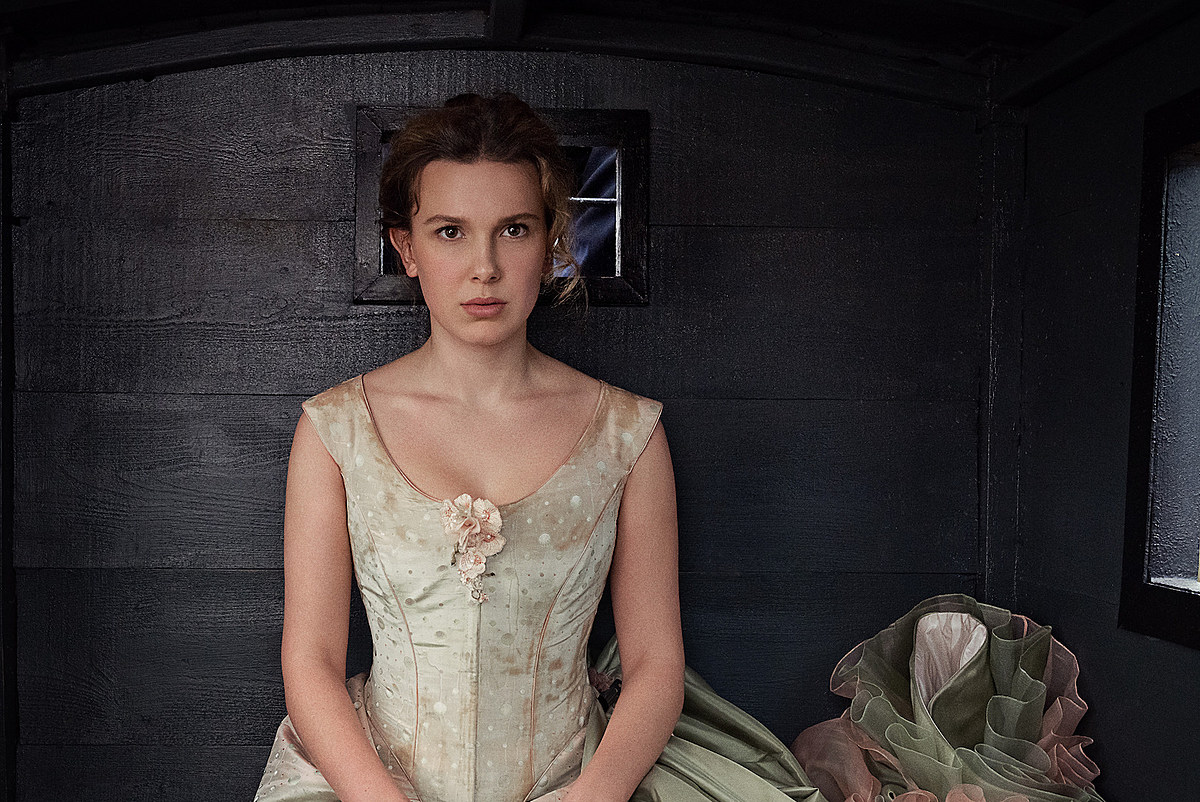 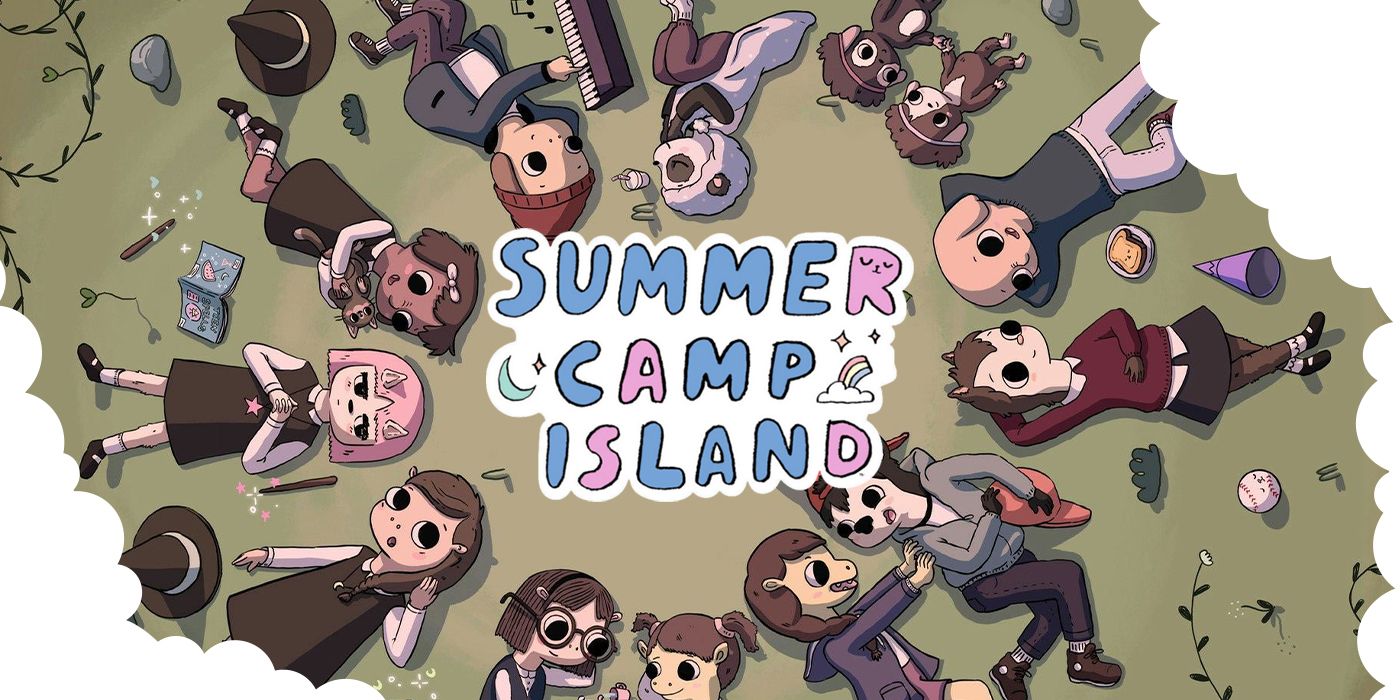 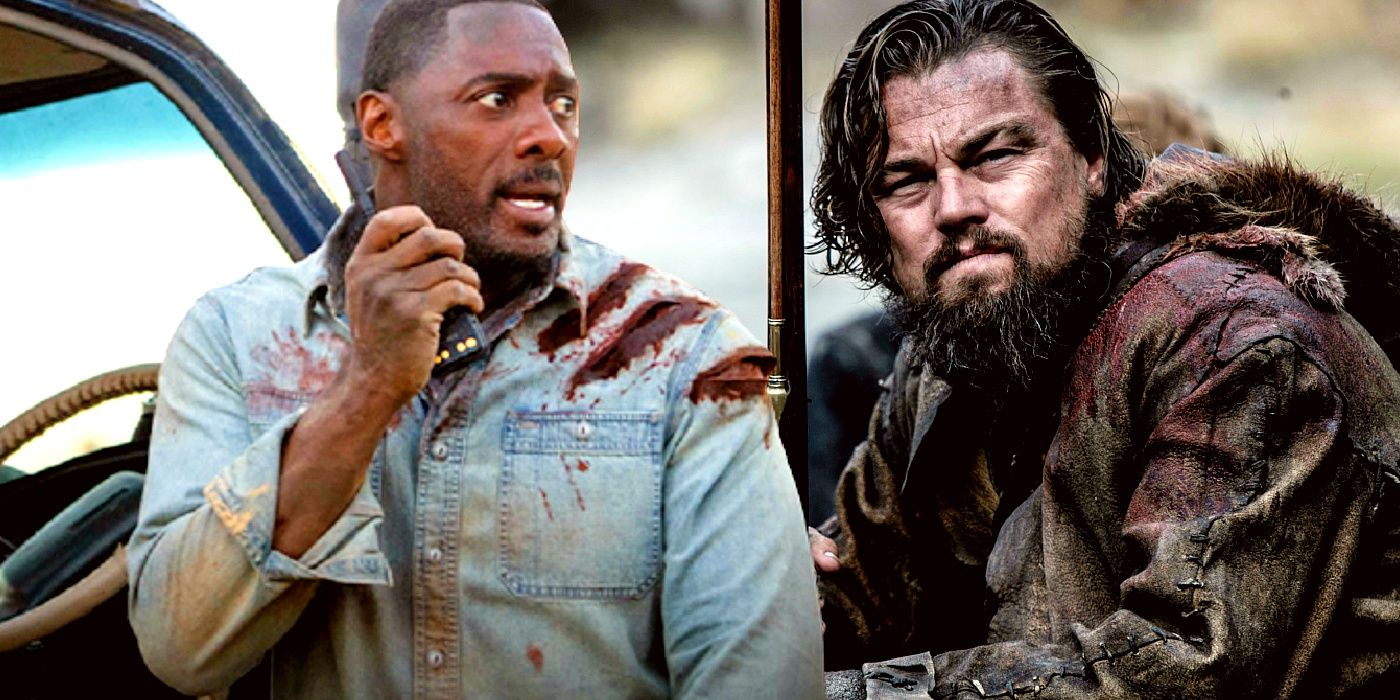