Your Perfect ATLA Character Pairing (Based on Your Zodiac Sign) 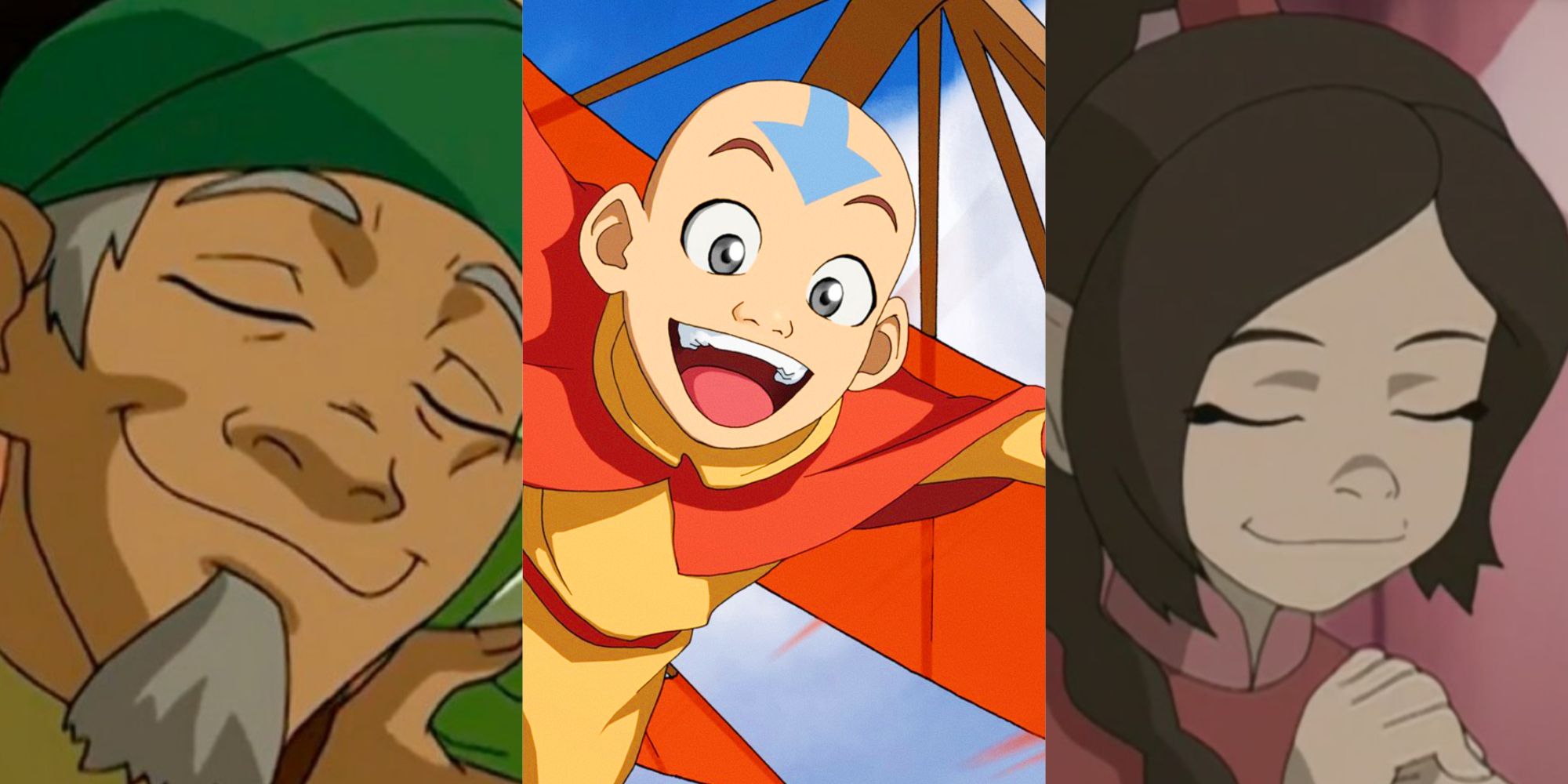 With the news of the Netflix adaptation of Avatar: The Last Airbender (ATLA) wrapping up its season one filming, as well as the recent announcement of multiple new animated movies set within the ATLA universe being made by Paramount and Nickelodeon, fans of the series have much to look forward to. This content will be the first from the ATLA universe since the conclusion of the sequel series Legend of Korra in 2014.

With expansions of the universe and the highly-anticipated new live-action Netflix series, fans of ATLA will be able to learn more and more about the characters and stories that exist within the universe. ATLA has an incredibly diverse array of personalities, each person with their own quirks that make them great matches for the signs of the Zodiac.

Competitive and passionate to a fault, the disgraced son of Firelord Ozai, Zuko, is a true embodiment of the fire sign Aries. Those who fall under this sign are often wide-eyed and discontent, not stopping until all facets of their lives are as they have dreamed they would be. For Zuko, this means bringing the Avatar to his father to clear his name.

Related: 10 Strongest Characters In Avatar, The Last Airbender, According To Ranker

With a fiery temper and an extremely blunt personality, Zuko is truly an Aries to the core. He tends to get extremely worked up when things go against him. Simultaneously, he is not good at being gentle with criticisms or observations, often pointing things out with a frankness that can often be taken as rude.

The former best friend of Aang before he disappeared for 100 years and a mentor and king of Omashu is a great earth bender and a Taurus. The earth sign is represented by intensity, hard work, and ambition, all traits King Bumi represents to the fullest.

Related: 10 Memes That Perfectly Sum Up Avatar, The Last Airbender

From his rambunctious childhood to his equally as wild Kingdom, Bumi is a free spirit who has a strong internal sense of self and is not afraid to do his own thing. His ambition and hard work are shown through his rise to King of Omashu and his mastery of earth-bending.

The Gemini is known for their adept communication abilities, their passion for their work, and their energetic and positive attitude. All of these traits greatly embody the Avatar, Aang, whose incredibly optimistic outlook, combined with his uncanny ability to make friends everywhere he goes, makes him a true Gemini.

In addition to being an air sign, the symbol that represents Gemini is the twins Castor and Pollux, which represent the two different sides that Gemini has at their disposal to show the world. Aang’s two sides manifest within his connections in both the spirit world and the physical world that he possesses as the Avatar.

One of the three water signs, those who fall under the sign of Cancer are incredibly in tune with their emotions and are very loyal and loving individuals. Katara, with her love and care for those in her circle and her ability to stay strong and work through her emotions after the loss of her mother, is a classic Cancer.

Outside of the emotional and loving side, Katara really shows her Cancer side through her loyalty to those who she comes to trust. Her immediate trust and care for Aang, as well as her (somewhat misplaced) trust in Jet when she starts to like him, showcases her Cancer-like loyalty to a fault.

With a Leo’s central traits being bold, energetic, and incredibly confident in oneself, no character embodies the fire sign more than Azula. Her extreme arrogance and ability to put herself and her ambitions before anyone else highlights her Leo personality.

Azula is well aware of her prowess on the physical front, from her strength to her adept fire-bending, and she is immensely proud of them. She considers herself to be a leader and demonstrates it within her group of friends, often taking charge in an incredible Leo fashion.

The Virgo is characterized by smarts, sophistication, and a need to have things incredibly organized. When it comes to ATLA characters, fans would be hard-pressed to name a more organized and sophisticated character than the Cabbage Merchant of the Earth Kingdom.

Known for his wanton appearances in various cities where his cabbage stands are destroyed time and time again, the Cabbage Merchant embodies the Virgo sign through his organizational skills despite these setbacks. His traveling smarts are also adept, as he is able to make his way around the Earth Kingdom safely and swiftly despite numerous dangers.

Libra, represented by the scales, is intelligent and kind and always willing to selflessly put others first. Suki, the leader of the Kyoshi Warriors, is a pure example of this blend of selflessness and kindness, constantly putting herself in places to help in ways that only a Libra could.

From her care of Appa to her and her fellow Kyoshi Warriors’ resistance towards the Fire Nation within the Earth Kingdom, Suki is endlessly selfless. This is most prominently on display when she fights Ty Lee, Mai, and Azula to allow Team Avatar to escape.

Driven by emotion and incredibly generous and imaginative, the older brother and non-bending protector of the group, Sokka embodies the water sign Scorpio. He is often found to be wearing his emotions on his sleeve but shows endless love for his sister and other companions.

Sokka’s biggest showcase of Scorpio traits comes from his willingness to give his absolute all to any task at hand. His imagination is shown through his famous plans, and his commitment to helping Aang fulfill his destiny as the Avatar after they find him in an iceberg is admirable.

The strong-willed, funny, and generous Sagittarius sign is truly embodied by the lovable Uncle Iroh. His love for Zuko, his determination to still joke and enjoy life after the death of his son, and his pureness and giving personality that he showcases throughout the series cement him in the fire sign.

A natural leader, Uncle Iroh’s Sagittarius personality really shines when he shows his willingness to go into exile with Zuko so that his nephew has a role model to help him grow. This selflessness and ability to completely change his allegiances to stay with Zuko and pursue his tea shop are incredibly indicative of the big-heart Sagittarius signs often carry.

Stubborn, independent, and hardworking, the Capricorn will always stick to their guns and do what their mind is set on. Toph, with her incredible work ethic and hard-headedness when it comes to working with others, sets her squarely as a Capricorn.

As grounded as an earth sign can be and completely determined to achieve her goals, Toph’s Capricorn side really shows within her stubbornness with the rest of the group and her earth-bending lessons. She believes there is a way that things should be done and will not budge for Aang, Katara, or anyone else.

From her passion for acrobatics and her role in the circus despite others disapproving to her immense care for those outside of herself, Ty Lee truly embodies the Aquarius sign. Her uniqueness in utilizing chi-blocking in combat just adds to her individuality and personal style.

Despite being from the Fire Nation, Mai embodies the Pisces water sign through her quiet strength, intuitive mind, and passion when it comes to relationships. She is never afraid to let others know what she is thinking, especially when it comes to Zuko and their relationship.

Her strong will and ability to flow with her gut instinct come from her upraising in a strong political family, and aid in her categorization under the Pisces sign. While her stoic personality can be mistaken for apathy, she feels her emotions deeply and is incredibly honest with herself and others, especially in her relationship with Zuko.

Next: 10 Best Parents & Parental Figures In Avatar, The Last Airbender


Next
Legacies: One Quote From Each Main Character That Goes Against Their Personality

Kevin Crandall is a philosopher and writer currently based in San Diego, California. In addition to writing for Screen Rant, he has words in Passion of the Weiss, Freezepeach Media, and IMPCT Journal on topics ranging from music to visual art and, of course, screen art. When not writing, he can be found watching anime, playing soccer, and exploring the outdoors. His current favorites include Over The Garden Wall, Midsommar, and Bojack Horseman, with a soft spot for Ouran High School Host Club.

‘Prey’ Is Hulu’s Biggest Premiere Ever