Why Shuma Gorath Has A New Name In Multiverse Of Madness 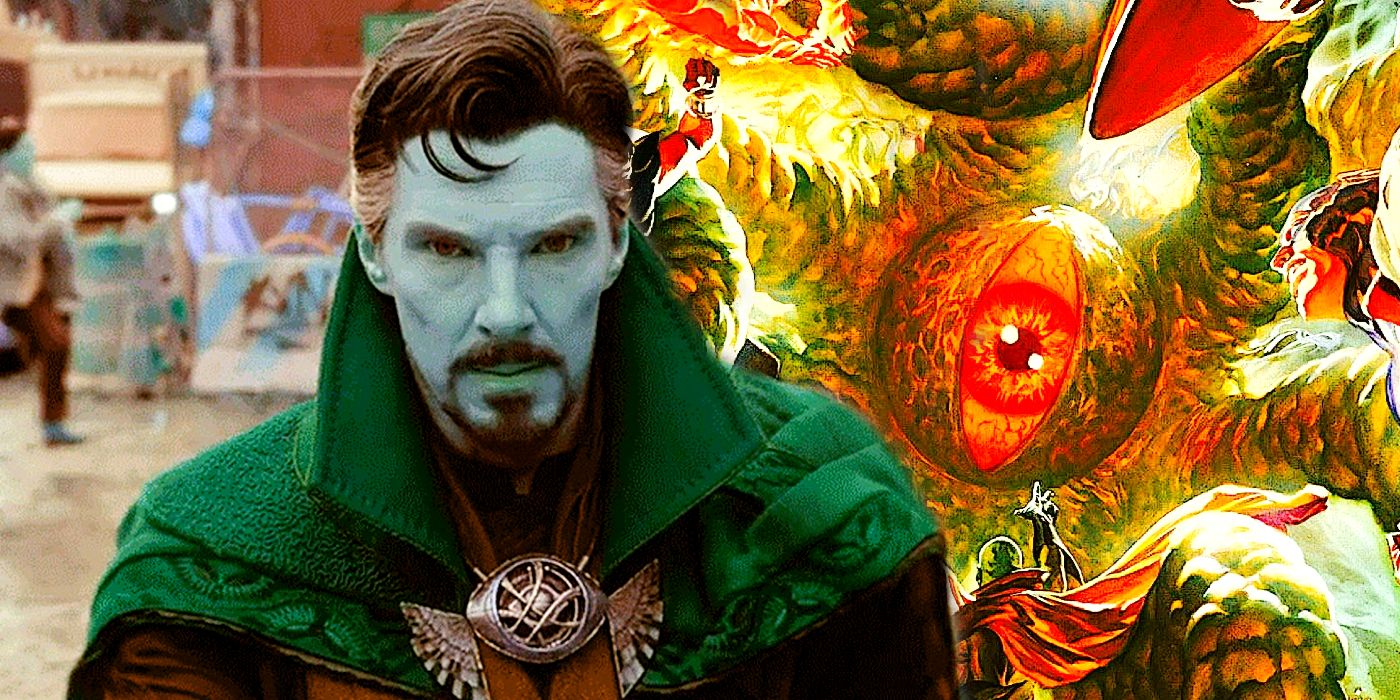 Shuma Gorath appeared under a different name in Multiverse of Madness – a name switch Marvel Studios was forced to make for legal reasons.

The Lovecraftian Marvel Entity, Shuma Gorath, appeared in the MCU’s Doctor Strange in the Multiverse of Madness, but under a different name. The long-awaited sequel to 2016’s Doctor Strange delved deep into the multiverse after the concept was teased in Loki and featured as a key plot point in Spider-Man: No Way Home. Doctor Strange 2 not only featured multiple variants of Doctor Strange himself (Benedict Cumberbatch) but also introduced some multiversal entities from Marvel Comics, including the infamous Shuma Gorath, Marvel’s tentacled demon.

In the source material, Gorath is known as one of the “Great Old Ones,” a collection of sinister multiversal beings that predate the universe itself, all of which are based on different Lovecraftian creatures. A few of the Old Ones, including Gorath, chose to settle on Earth a million years ago to feast on primitive humans until they were banished by a sorcerer called Sise-Neg. Throughout the rest of Marvel history, Doctor Strange encounters Gorath on many occasions, usually as an adversary.

Related: MCU’s Illuminati Earth Is A Massive Warning Sign For The Avengers

Unfortunately, Shuma Gorath, Marvel’s tentacled beast, is not called by his comic-accurate name in the MCU but instead dubbed Gargantos for Doctor Strange 2. This is a first for the MCU, which has always stuck to the characters’ original names from the comics no matter how weird they may sound to the general public. The real reason for the name switch is to avoid legal disputes with Conan Comics, which featured a character named Shuma Gorath prior to Marvel.

While Shuma Gorath’s Marvel debut took place in a 1973 issue of Marvel Premiere #10, the Lovecraftian name was first used in 1967 in a Conan story titled The Curse of the Golden Skull by Robert E. Howard. Therefore, Marvel doesn’t technically own the rights to the Shuma Gorath name and may have chosen to use the name Gargantos instead to avoid any unnecessary legal disputes (especially given how little Gargantos/Gorath actually did in the movie). The tentacle monster that Strange and Wong fight in Doctor Strange 2 closely resembles Gorath’s design from the comics. As such, it seems like it is indeed Shuma Gorath under a new name rather than the Gargantos character from the comics. All of this has ended up mattering very little, however, as “Gargantos” was dispatched within the first hour of Multiverse of Madness and has relatively little bearing on the film’s story. At this time, the creature’s MCU future is uncertain but looking dim.

Following the legal disputes with the Jack Kirby estate, Marvel Studios surely wants to avoid any possible court battles over character rights, especially when it comes to the MCU. Renaming the multiversal being to Gargantos avoids any legal issues with Robert E. Howard’s estate surrounding the Shuma-Gorath name. Doctor Strange in the Multiverse of Madness might not have taken full advantage of the character, but if he ever returns, Marvel Studios already has its legal bases covered. However, as the creature was pretty quickly enucleated with a spear and never heard from again, it seems like Disney’s lawyers can rest easy for now.

Want more Doctor Strange in the Multiverse of Madness articles? Check out our essential content below…

More: Gorr Weirdly Accomplished What Doctor Strange 2 Was Supposed To