Release Date, Cast, Filming Details & Everything We Know So Far 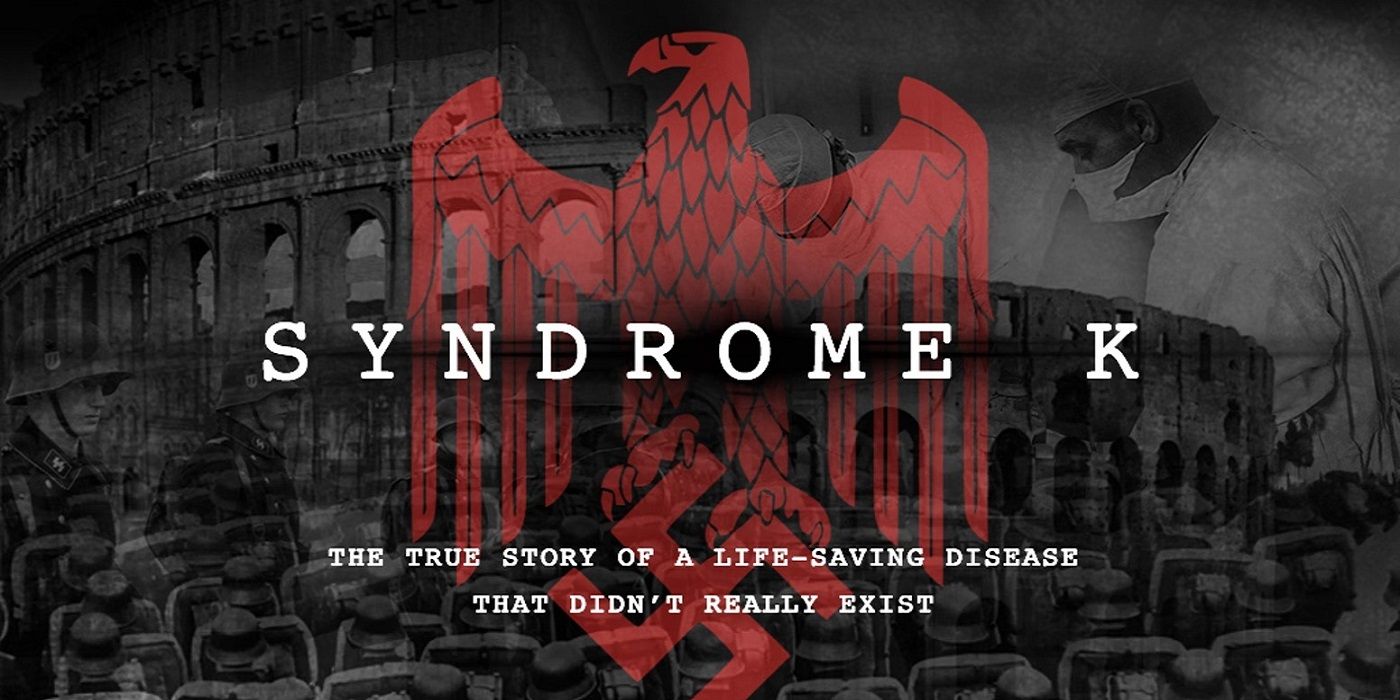 There are millions of documentaries about various events of WWII. But truly impactful and powerful are those that talk about ordinary people doing extraordinary things. Syndrome K is one such historical documentary film that reveals a shocking and unexpected event that happened during the peak of the war. The film documents the true story of three Italian doctors who rescued several Jewish people during the Holocaust by inventing a horrific disease. The catch? The disease did not exist. But more on that later.

Directed by Stephen Edwards, the film is titled after the fake illness of the same name that the doctors created to save innocent lives. Syndrome K also features the late Ray Liotta as the narrator. Although WWII events, especially the Holocaust are sensitive and complex subjects, they are also stories that must be told and that’s why Syndrome K makes for a film to look forward to. Also, if you are a history buff or like learning about groundbreaking historical events, then this documentary is right up your alley.

So, here’s a complete guide on the plot, trailer, creators, release date, and everything we know so far about Syndrome K.

Related:9 WWII Spy Dramas Based On True Stories to Watch After ‘Operation Mincemeat’

When Is Syndrome K’s Release Date?

Syndrome K was released online in the United Kingdom in February 2021. It is now getting a digital release in the United States from August 16, 2022. You can rent the documentary on Amazon, iTunes, or YouTube Movies, or get it on demand.

The trailer of Syndrome K takes you back in time to the dark days of WWII. With Ray Liotta’s deep voice narrating the events, the clip opens with real footage of Italy in 1943, when the Nazis were occupying the country. The narration takes you through the somber events, recounting the dreadful days, and moves on to the incidents surrounding Syndrome K, capturing the sentiment in Liotta’s gravelly tone.

But despite the disturbing topic of the Holocaust, Syndrome K seems like an inspiring and fascinating telling that leaves you hopeful. Overall, Syndrome K does not look anything like your average historical documentary. Rather, it promises an incredibly engaging watch.

Who Is Featured in Syndrome K?

Syndrome K is the true story of three Italian doctors, Adriano Ossicini, Giovanni Borromeo, and Vittorio Sacradoti, who invented the eponymous disease to save many Jews. The documentary features the key people involved in the creation and execution of Syndrome K and others who helped them, as well as a few actors playing a few key characters from that period.

Dr. Ossicini’s interviews are one of the most important segments of the film, as are the interviews and interactions with other survivors. Besides Ossicini and Sacradoti, there are other people like Luisa Almagia, Suzanne Brown-Fleming, Sister Shawn Pauline, and Lea Dinola, also featured. Actors like Martin Blanken, Alexander Bozicevich, Massi Furlan, Ryaan Rana, and Mark Valeriano, among others, play various characters. The entire documentary is narrated by Ray Liotta.

Who Are the Creators of Syndrome K?

Syndrome K is produced by Insanely Practical Productions and is the brainchild of Stephen Edwards, who also co-wrote the script with Gregory Allan Ballard. Edwards is recognized as an acclaimed composer, best known for his compositions for Requiem for My Mother, and his musical contributions to award-winning films like Nomadland and Dallas Buyers Club. Edwards boasts a 20-year career of creating original scores for movies and television shows, including the score for this documentary. Syndrome K is his second film project, after Requiem for My Mother, which he also wrote.

Edwards also serves as an executive producer, along with Lannette Turicchi, Patrick Olson, and James Duda, while Christopher Lovasz, Peter J. D’Arruda, and Maisy-Kay Kendrick serve as associate producers. The physical re-creations were directed and produced by Greg Hunter, who also served as editor on the project.

Related:Jharrel Jerome to Star in and Produce WWII Series ‘Night Of the Assassins’

What Is Syndrome K About?

Syndrome K is a true story of three heroic doctors who saved many lives during WWII, in Nazi-occupied Rome. They went against the Vatican, the government, as well as above and beyond their duties to save many Jewish people from being killed at the concentration camps. The film explores the experiences and lives of each of the doctors, their nurses, and other hospital employees who put their lives and career on the line to save people by lying about a disease. As we see from the trailer, the film showcases archive footage and photos, depicting the chilling events, as well as interviews, reenactments, and some animation to recreate the true events.

Syndrome K, essentially, is a story of three ordinary doctors, who were never heard of, and yet, they did something so incredible that they ought to be remembered forever. By faking a contagious disease, in the middle of a deadly war, they managed to save so many lives.

The subject of the documentary focuses on the real events surrounding Syndrome K, a phenomenon that shook Nazi-occupied Italy during WWII. In July 1943, Benito Mussolini was voted out of power by his own Grand Council and Italy signed an armistice with the Allied parties. This became extremely disturbing for the Nazi party and they invaded Rome in October 1943. Thousands of Jewish locals were forcefully deported to Auschwitz from the Jewish Ghetto in Rome, never to return. Struggling to survive, many of them sought refuge at Fatebenefratelli Catholic Hospital.

Three doctors who worked at the hospital, Adriano Ossicini, Giovanni Borromeo, and Vittorio Sacradoti, decided to save the refugees, going against the orders of the Vatican. They created an illness that would keep the Nazi officers at bay. They claimed that the Jew refugees were infected with a dangerous and highly contagious disease, which technically did not exist. The doctors further promoted the disease as deadlier than the plague, which made the Nazis also fear that they could also catch the horrible disease. The doctors declared quarantining of the Jews to contain the disease. But in reality, they saved them from being sent to the camps. Eventually, the German soldiers started to grow suspicious. However, the doctors and their staff managed to continue the ruse until the Allied Forces helped liberate Rome.