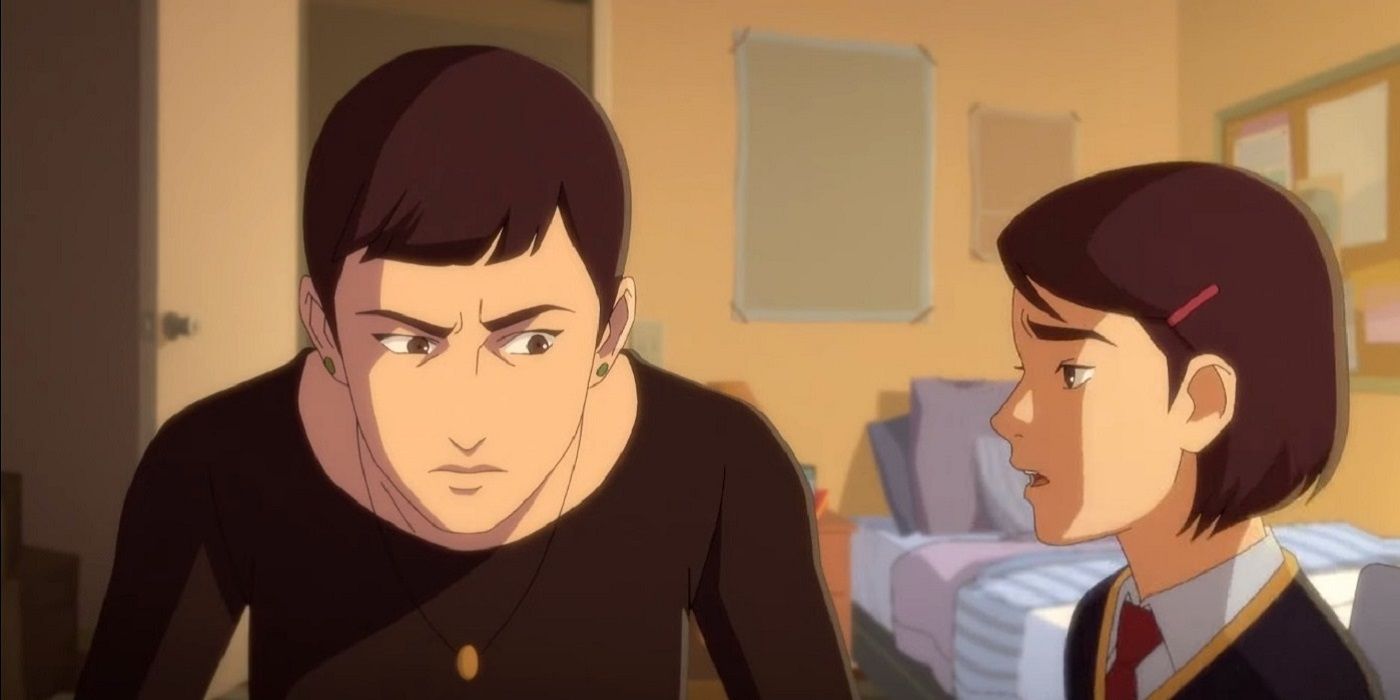 AMC+ has released a new clip from their upcoming animated series Pantheon today, giving us a new look at the science fiction series that takes a haunting dive into artificial intelligence and its impacts on our conceptions of self and mortality. Pantheon premieres on AMC+ on September 01, 2022, exclusively on the streaming app.

The new clip gives us our first extended look into the series. The clip starts by showing Maddie, a teen girl who struggles with the isolation caused by constant bullying, chatting online with a mysterious stranger who communicates only using emojis. When her mom enters her room to check on her, she sees Maddie chatting with a stranger and becomes instantly suspicious.

When asked who the stranger is, Maddie says that his name is Emo, in reference to his only form of communication, emojis. The scenario, a child talking online to a cryptic stranger, immediately sends her mom into a panic. When she asks Emo who he is, he responds again in a series of emojis. However, rather than being perplexed by the strange message, she immediately comprehends the meaning. The response is a reference to a poem that only her husband would know. The only problem? He is dead.

The upcoming series will tell the story of Maddie, her mom, and her deceased father, David, whose consciousness has been uploaded to the Cloud after an experimental and destructive brain scan. David, who now exists entirely online, is the first of a new shape of existence called an “Uploaded Intelligence” or “UI”. However, David will not be the last person to enter the Cloud. As the consequences of this transmutation of consciousness into technology unfolds, a conspiracy arises and threatens a new world war.

The series is AMC’s first traditionally animated series, and it is quite an ambitious project, exploring the outer bounds of technology, its innate capabilities to both create and destroy, and what it means to be human in an age where consciousness and merge with computers.

Pantheon premieres on AMC+ on September 01, 2022, exclusively on the streaming app. Until then, however, you can take a look at the new clip from the series below.