Fallout 76 Player Turns Their Camp Into A Playable Monopoly Board 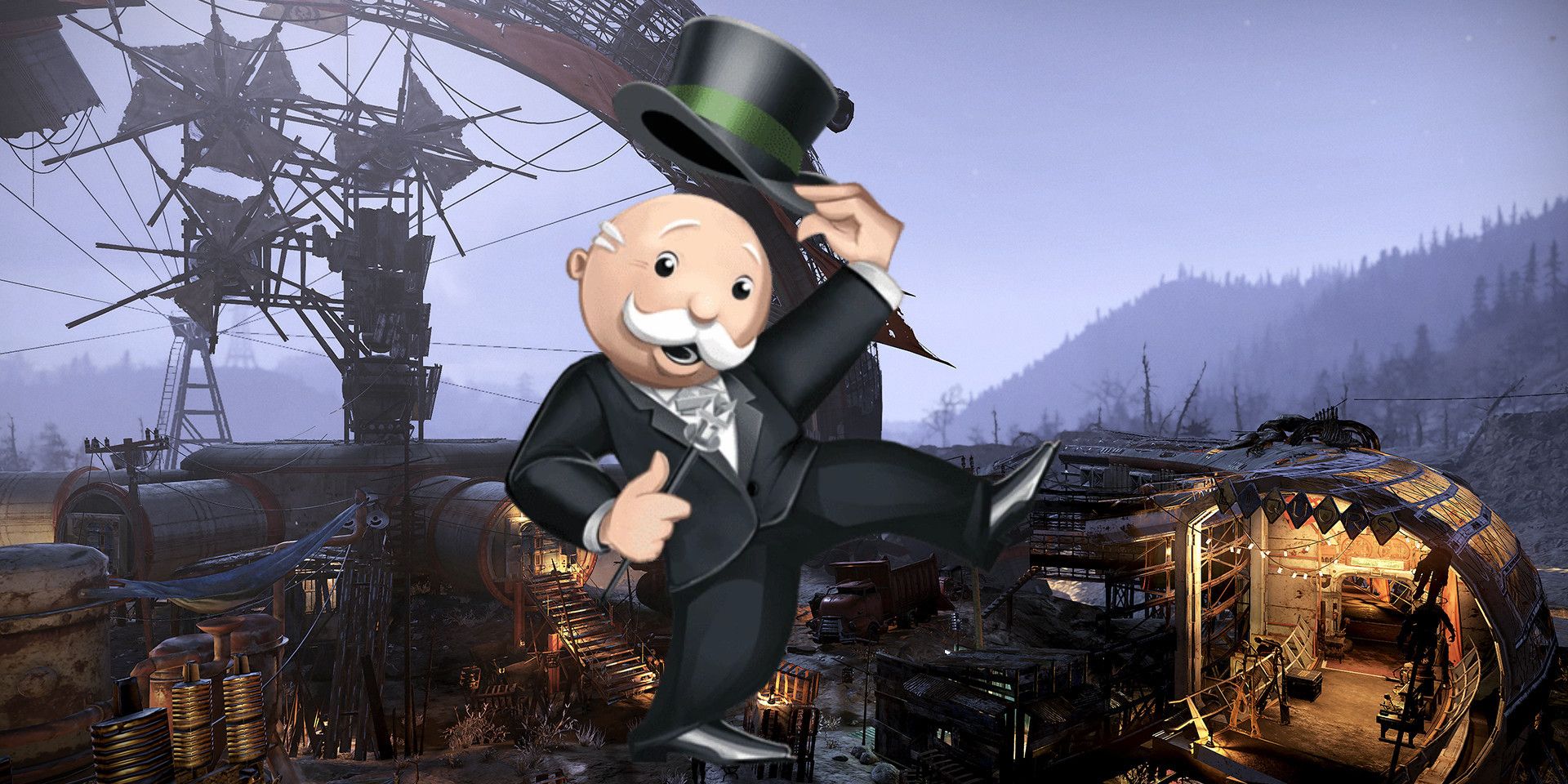 An ingenious Fallout 76 player has turned their CAMP into a fully playable version of the infamous capitalism-themed board game Monopoly.

A Fallout 76 turned their entire camp into a giant playable game of Monopoly. Monopoly was first published way back in 1935 and has been considered a classic board game ever since. Though there are many different versions of the game, the rules, layout, and pieces all make Monopoly instantly recognizable no matter what appearance it takes.

A feature originally added in Season 6 of Fallout 76 was the ability to create custom worlds. In a custom world, a player can host a private session for up to a total of eight players. The host can apply game-changing rules, such as infinite ammo on weapons or more dramatic ragdoll effects. The host can also make it so that buildings on their camp have no cost, which allows for a lot more creative freedom. This has led to players finding ways to add fun and creative twists to their camps.

In a custom world made by YouTuber LadyH2465, the entire camp has been turned into one giant Monopoly board. Or rather, an Appa-Opoly board, as it reads on both the video title and the board itself. There are tokens, tiny house pieces, arrows, signs, cards, giant dice, a “Go” square, and everything a game of Monopoly needs. The playable pieces include a tank instead of a car, a radstag instead of a horse, and various Vault Boys. There’s also a spot for jail complete with cell bars and even turrets and a car for the “Free Parking” square. All the other spaces are decorated with familiar trains, community chests, and luxury taxes. LadyH stated that the Appa-opoly rules are as follows: “Standard Monopoly Rules, plus Griefing and PVP allowed to take over territories.“

Fallout 76’s Very Own Monopoly Board

Though it’s presented in a whole new way and has a Fallout-style sense of humor, Appa-Opoly is still recognizable as the classic Monopoly game. From the familiar roles and board spaces done with a Fallout flavor, LadyH’s creation is a perfect recreation big enough for a real game with friends. The attention to detail is simply spot on. Not to mention, the addition of PVP and griefing being allowed to get new territories is an interesting change of pace. It’s worth noting that that could have been meant as a joke, as there are no further given rules on how exactly one wins a spot through griefing, or when a player can initiate PVP.

PVP battles to see who gets to control Mayfair would certainly be fun to watch. This giant Monopoly board is one of the more creative and fun custom worlds seen in Fallout 76. Perhaps this creation will inspire even more fun ways to play in these custom worlds.

Next: Fallout Lore That Gets Ruined By Fallout 76

Devin Connelly is a gaming news writer for Screen Rant. She is also a concept artist, creative director, and lead writer for her own game “Romance is Dead”.

Based in Los Angeles with her cat Briley, she has been writing, drawing, and playing video games for as long as she can remember. She also loves to cook and talk about history.