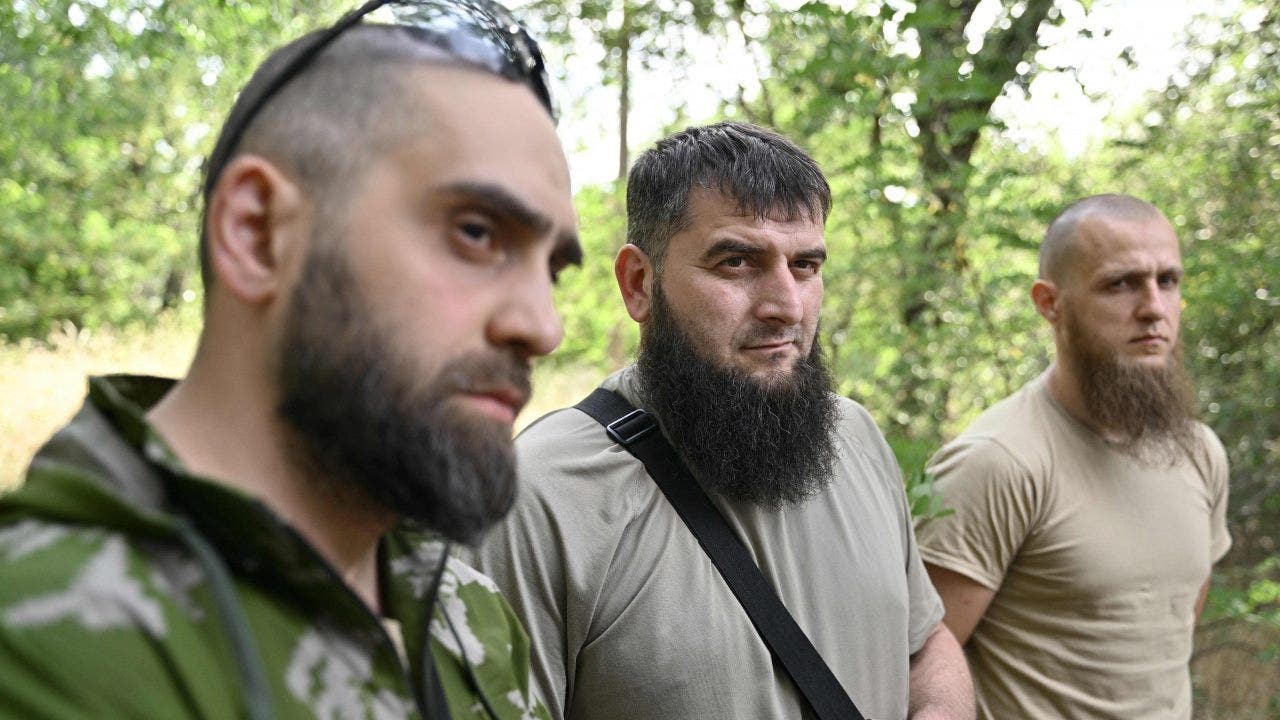 EXCLUSIVE: The ghosts of Russian President Vladimir Putin’s brutal past have emerged amid his deadly war in Ukraine as a group of Chechen fighters now looks to establish their own stake in the fight.

“This is a repetition of the tragedy in Chechnya,” Islam Belokiev, spokesman for the Sheikh Mansur Battalion, told Fox News Digital in an exclusive interview. “In every Ukrainian today, I see that Chechen woman, Chechen man, Chechen children.”

Belokiev, born in 1989, grew up amid a series of brutal civil wars in one of Russia’s most southern republics and recalled the destruction he and the children of his generation knew until he left Chechnya in 2004.

“When I was coming here from Poland, I saw a group of children from an orphanage who were crossing the Ukrainian-Polish border. This moved me very much,” he said in an interview translated with the help of the Ukrainian Frontline Media Platform. “And then I remembered those children who also fled from Chechnya and were looking for some kind of safe haven.”

Back-to-back wars broke out in Chechnya after the fall of the Soviet Union in 1991, followed by a push for independence from Moscow by the Chechen Republic of Ichkeria.

Chechen resistance to Russian rule dates back centuries and a deadly war raged from 1994 to 1996 before a peace treaty was signed by then-Russian President Boris Yeltsin and broad autonomy was granted.

But by 1999, Putin, after taking up the post as Russian prime minster, voided the treaty and launched a decades-long military campaign in the southern republic.

An estimated 160,000 civilians were killed in both campaigns, though exact figures remain unclear and Belokiev said Chechen resistance fighters believe the number of causalities from both wars to be closer to 300,000.

“We are a small [region],” he said, noting that no one went unharmed during the decades of war with Moscow. “We, practically, do not have a single family where there is no one who died or did not take part.

“This is a repetition of that tragedy,” he said in reference to Putin’s “special military operation” in Ukraine. “And therefore, I consider it my duty to be here.”

Vitaly, 52, says he is of Russian origin and fought in the Russian army during the first Chechen war, but today fights alongside Ukrainian soldiers on Feb. 9, 2022, in Pisky, Ukraine. Originally from Donetsk, Vitaly says he  saw his city invaded and people massacred.
(Gaelle Girbes/Getty Images)

The volunteer battalion has been in Ukraine since 2014 and Belokiev joined the fight following Russia’s second invasion in February.

The Chechen battalion, which allegedly has as many as 800 volunteer soldiers, has said it has a plot to use Putin’s latest war to its advantage.

“Russia is brandishing a nuclear baton and threatening the whole world with it,” Belokiev said. “And Chechnya, in fact, the entire North Caucasus, is the Achilles’ heel of the Russian Federation.”

The battalion’s spokesman argued that Chechnya is already Russia’s “weak point” and it behooves Ukraine and Western nations to throw their weight behind the resistance amid Putin’s war.

“If Chechnya becomes independent today and the Chechens are able to defend their freedom, this will weaken Russia,” he claimed.

Ukrainian soldiers ride on an armored personnel carrier in the eastern Luhansk region on June 23, 2022.
(Anatolii Stepanov/AFP via Getty Images)

Belokiev announced a plan last week that could force Russia to divert forces from Ukraine by launching a new offensive in Chechnya – creating a second war front for Putin to grapple with.

But there is a major caveat that the spokesman admitted has fallen on “deaf” government ears – the Chechen resistance forces want “political, military and informational support” from developed nations.

“We know where bases are located, how many people are there, routes and so on,” he said, explaining they have been working with locals to identify troop movements to form their strategy. “We need weapons with which we can fight.”

The group is also calling for “political support” and the “recognition of political sovereignty and the independence of the Republic of Ichkeria” – which refers to the secessionist government in Chechnya.

Russian soldiers pose by a T-80 tank in a position close to the Azovstal front line in the besieged port city of Mariupol.
(Maximilian Clarke/SOPA Images/LightRocket via Getty Images)

Belokiev, whose family went into hiding following Russia’s invasion of Ukraine, said the battalion is already in talks with officials from the Ukrainian government and security services, though Fox News could not independently verify this.

Despite Belokiev’s determination to reignite the fight for independence by relying on local populations, one expert thinks this will be easier said than done.

Theodore Karasik, who reported on the Chechen wars in the ’90s and serves as a fellow specializing in Russian and Middle Eastern Affairs with the Jamestown Foundation, said resistance fighters will be hard-pressed to find widespread dissent in Chechnya against the current leader, Ramzan Kadyrov.

“After Russia conquered Grozny – in the matter that it does, through meat-grinder warfare – [Moscow was] able to come to a deal with the Kadyrov clan,” he explained. “Kadyrov has controlled the republic for years, and any vestige of this type of thinking was long ago cast away.”

Karasik explained that following the war, the Putin-backed Chechen leadership brutally cracked down on dissent in an attempt to stamp out calls for independence and told Fox News Digital, “You still find police wrapping people up” who oppose Moscow rule.

The Chechen fighter said he and his battalion will keep defending Ukrainian sovereignty for as long as it takes, but they maintain hope that one day soon they will also be fighting for Chechen independence.

Caitlin McFall is a Fox News Digital reporter. You can reach her at caitlin.mcfall@fox.com or @ctlnmcfall on Twitter.