Easing the return to the workplace 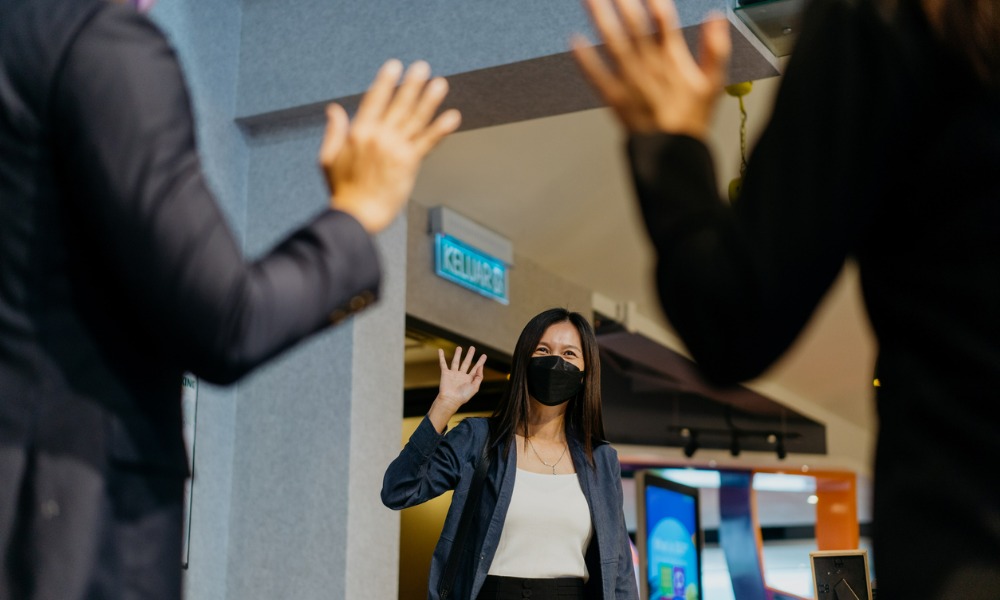 Fortunately for workers, it appears employers are not being overly draconian when it comes to forcing them back.

According to a new report released by Stanford University and The University of Chicago, about 35% of workers were not sanctioned severely for being in the workplace fewer times than they initially promised.

And the news is positive for those who want to remain at home for more days per week than what organizations are offering, as they are being offered 1.6 days of working from home, versus 1.1 days in January 2021.

The gap between worker wants and employer needs has never been smaller since the start of the survey as workers currently wish to work from home about 2.6 days per week.

However, ratings provided by employees around how they are feeling about their jobs are lower than they have been in two years.

“As employers are rolling out their return-to-office policies, employee sentiment is down; employees are struggling and we’re seeing a very sharp drop when it comes to experience scores and some factors like work-related stress and anxiety, they’re at record lows,” said Sheela Subramanian, vice-president of Future Forum at Slack in San Francisco.

Inflexible policies are the biggest reason behind these dismal numbers, according to Subramanian.

“Full-time office workers are posting two times steeper declines when it comes to employee experience, relative to their peers and counterparts who actually have flexibility in where and when they work,” she said.

Many workers are not being offered flexibility, which is leading to mass dissatisfaction and resignations, found the survey of 10,818 knowledge workers in the US, Australia, France, Germany, Japan and the UK. between Jan. 27 and Feb. 21.

Having employees return to the workplace en masse will lead to levels of increased anxiety, according to Margo Hoyt, managing director of talent and leadership development at HR consulting firm LHH in Ottawa.

“We’ve hit a place where leaders, employees, organizations have become quite familiar with a different way of working than we were familiar [with] before, and there’s been so much positive related to that, but the anxiety and stress of having to give that up and go back and work full-time in an office is really quite overwhelming for many,” she said.

Yet another report shows that for those employees who are being forced back, mass resignations might be the unintended result of imposing harsher rules.

A recent report from workspace provider IWG revealed that 41% of remote workers are worried that their employer will ask them to return to offices five times a week, with 45% saying that they would consider changing jobs if asked to do so.

To counter this, organizational leaders might consider leaning into hybrid work as an option: 81% of office workers said hybrid working was an important factor when they are looking for a new job. They even ranked it even higher than pension contributions, bonuses or profit sharing, and unlimited vacation or holiday allowances, according to IWG.

“Employers who don’t offer hybrid working are going to miss out on the best talent,” Berger said. “Not only do employees benefit from dramatically improved work-life balance, but by switching to a hybrid model, businesses can expect to save an average of more than $13,000 per employee — all while minimizing their carbon footprint,” said Wayne Berger, CEO of Americas, IWG.

How to entice employees

With all this in mind, what can businesses do to make employees feel good about returning to the workplace more often?

Increasing outside space and natural light is a great place to start, according to a survey done by Instant Offices.

Seventy per cent (70%) of respondents said by offering more light and nature would go a long way to reducing stress. Providing copious relaxation areas and non-work spaces onsite, is favoured by 59% of workers surveyed.

Share
Facebook
Twitter
Pinterest
WhatsApp
Previous article3 ONE Championship fighters who have never been finished in the circle
Next articleLiz Cheney Gets Testy With Tom Cotton Who Did The ‘Unthinkable’ By Criticizing Jan. 6 Hearings