HomeVideoEverything You Need to Know
Video

Everything You Need to Know 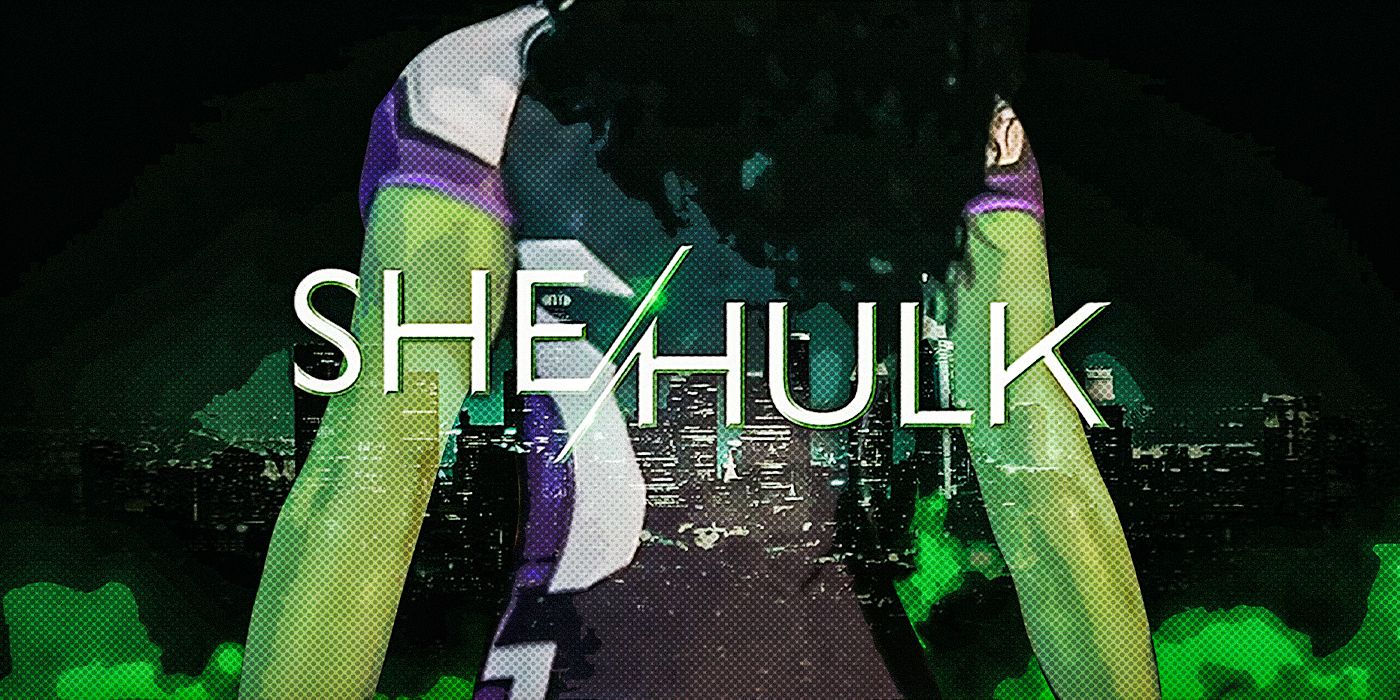 She-Hulk: Attorney at Law is one of the many upcoming Marvel projects and will mark the MCU debut of the titular character. Jennifer Walters is a mild-mannered lawyer who possesses the same powers as the strongest Avenger, the Incredible Hulk!

Marvel is heading into their sophomore year when it comes to their Disney+ television shows and is continuing to flesh out this cinematic universe by introducing us to a cast of new characters, bringing in new writers, telling various stories within the Marvel world, and pulling from the more obscure comics canon. With characters like Moon Knight, Ms. Marvel, and Echo making their debut recently, it’s time we finally broke down what we know about the future of the MCU. So, today we are breaking down everything we know about She-Hulk: Attorney At Law.

Editor’s Note: This piece was updated on July 25 to add the latest trailer.

RELATED: ‘She-Hulk’: Who Is Jennifer Walters? Everything You Need to Know About the Green Hero

Marvel Studios unveiled the first official full trailer for She-Hulk: Attorney at Law on May 19, 2022, giving fans their first real good glimpse at what the jade giantess will look like in the MCU. The trailer looks to be teasing a very comedic direction for the series, following Jennifer Walters learning how to control her newfound hulk-self, while juggling being a lawyer taking on superhuman cases, being a superhero herself, dating, and simply just trying to be a woman in her 30s. The trailer also revealed that not only is Mark Ruffalo back as smart Hulk, but Tim Roth will also be returning not only as the Abomination but as his human form Emil Blonsky as well. The final trailer for the series was released in July 2022, featuring some of She-Hulk’s iconic fourth-wall breaks and an appearance by a certain beloved Doctor Strange character. Check it out here:

When Is She-Hulk: Attorney at Law Coming Out?

She-Hulk: Attorney at Law is officially set to hit Disney+ on August 17, 2022. The series will be nine episodes long, as opposed to 10, which was previously rumored. There is no word yet on whether Disney+ will drop two episodes on August 17, much like they did with WandaVision, or release each episode one at a time.

What Is She-Hulk: Attorney at Law About Anyway?

She-Hulk: Attorney at Law is a 9-episode half-hour legal comedy that finally takes us back to the world of the Hulk. We’re following Jennifer Walters as she tries to balance life as a lawyer and her newly discovered superpowers.

The official synopsis for the series reads as the following:

She-Hulk: Attorney at Law follows Jennifer Walters as she navigates the complicated life of a single, 30-something attorney who also happens to be a green 6-foot-7-inch superpowered hulk.

Feige once again teased the premise of She-Hulk during Disney+ Day 2021: “Since Jennifer Walters is a lawyer who specializes specifically in superhero-oriented legal cases, you never know what Marvel characters are gonna pop up from episode to episode.” For now, plot details are scarce, but we will keep you up to date on any information as it comes. During San Deigo Comic-Con 2022, it was announced that She-Hulk: Attorney at Law and Black Panther: Wakanda Forever would be the final projects of Marvel’s Phase 4, so expect some big moments.

Who Is in She-Hulk: Attorney at Law?

Our leading lady is Tatiana Maslany as Jennifer Walters, a.k.a. She-Hulk, and she’s not alone. The series features a star-studded cast featuring new and returning characters alike. Mark Ruffalo (Bruce Banner/The Hulk) and Tim Roth (Emil Blonsky/The Abomination) are set to reprise their roles from The Incredible Hulk and previous MCU films as supporting characters.

Feige’s previous comments lead us to believe that more MCU characters will return outside of Banner and Blonsky. Does the courtroom setting allow for Charlie Cox to reprise his role as Matt Murdock? None of the appearances have been confirmed, but anything can happen in the Marvel Cinematic Universe. The final trailer for the series does have a blink-and-miss moment that possibly features Daredevil and Asad Ayaz, The Walt Disney Studios’ President of Marketing, has stoked the fires further, suggesting that fans could be right without actually confirming anything.

One of those surprise characters has already seemingly been confirmed as Disney announced that Benedict Wong will be reprising his role as the sorcerer Wong in the series. Though we don’t know yet how big his role will be, he is featured in the trailer so it could be more than just a cameo. The trailer additionally revealed that the obscure character Frog-Man will show up, though as to whose playing him, that could be anyone’s guess.

Who Are the Creatives Behind She-Hulk: Attorney at Law?

The people bringing She-Hulk: Attorney at Law to life are veterans when it comes to modern-day comedy shows. Jessica Gao (Rick and Morty) is the series showrunner and writer, while Kat Coiro (Shameless) and Anu Valia (Mixed-ish) will serve as directors. Coiro will be directing six episodes of She-Hulk, with Valia directing three.

Gao’s writing credits feature Robot Chicken, Silicon Valley, and Ricky and Morty. It’s also worth noting that she has written some of the most well-received episodes of Rick and Morty, such as the Emmy-Award winning “Pickle Rick,” “The Whirly Dirly Conspiracy,” and “Rickmancing the Stone.” Coiro’s previous work as a director includes Shameless, Brooklyn Nine-Nine, Dead to Me, and It’s Always Sunny in Philidelphia. Valia also has a vast body of work, directing Love, Victor, Never Have I Ever, and Mixed-ish episodes.

Amie Doherty is composing the score for the series. Doherty is known for working on projects like Spirit Untamed, Undone, DreamWorks’ Marooned (2019), Here and Now (2018), and the Emmy-nominated documentary Light in the Water (2018).

The creatives behind the series have a background in providing quality entertainment and have great comedic timing. She-Hulk is primed for success as Marvel Studio’s first major comedy on the Disney-owned streaming service.

What Is the Comic Book History of She-Hulk?

She-Hulk’s MCU origin might deviate heavily from her comic book counterpart, but we still might be able to piece together an idea of what the series will entail. This section might contain potential spoilers for the She-Hulk series, so if you’re not interested, consider this your spoiler warning.

Created by Stan Lee and John Buscema, Savage She-Hulk #1 hit comic book stores February 1980, marking her first appearance. During the 1970s, The Hulk saw a boom in popularity thanks to The Incredible Hulk’s CBS series. At the time, rival company Universal greenlit a spin-off for The Six Million Dollar Man titled The Bionic Woman.

If CBS decided to make a female-led Hulk spin-off, Marvel would not own the rights since they didn’t create She-Hulk. Jennifer Walters was created so that Marvel could own the rights to a female Hulk character. Lee and the rest of the Marvel writing team didn’t waste time and managed to make a character that has been a staple for the company ever since.

Jennifer Walters’ dream was to become a successful lawyer. She was well on her way to making those dreams a reality until she was shot by the underlings of a mob boss she was prosecuting. Jennifer was on death’s door, but luckily she received a blood transfusion from her cousin, Dr. Bruce Banner. As everyone knows, Banner’s alter ego is none other than the Incredible Hulk, so by receiving his gamma-radiated blood, Jennifer now has her own Hulking form.

At first, Jennifer tried to repress the Hulk within her, much like her cousin did years prior, but she learned to control the power and even enjoyed her newly-found strength. Walters has adopted the superhero name, She-Hulk, fighting crime by day as a lawyer, and at night as an Avenger.

Jennifer tends to be more extroverted than her cousin, so she’s often in her She-Hulk form even when she’s not doing hero work. In the courtroom, on dates, and even in her apartment. It makes her character more light-hearted than the Dr. Jekyll and Mr. Hyde drama Bruce Banner constantly struggles with.

Like most comic book characters, She-Hulk has seen drastic changes to her powers, design, and origin. During John Byrne‘s iconic Sensational She-Hulk run, he established that the character would often break the fourth wall, a trait that has been phased in and out of She-Hulk’s stories since then. Based on the final trailer, these fourth wall breaks are going to be creeping their way into the series since Jennifer acts as our narrator.